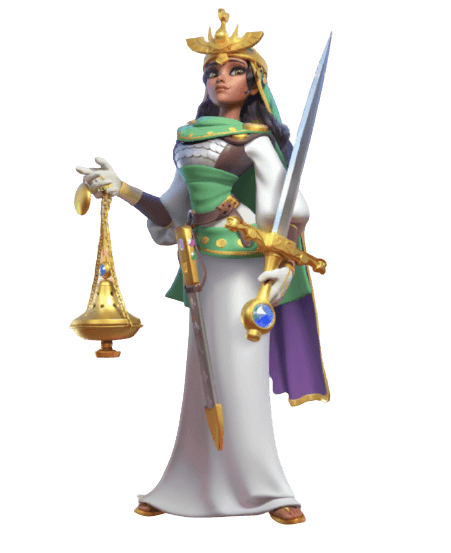 Other | Queen of Palmyra

Zenobia is exclusively available for kingdoms over 310 days via The Mightiest Governor Event.

Note: We don’t recommend using Zenobia for open-field, although it may be effective for some infantry improvements and heals, some of its main buffs become null as they only work when serving as a garrison or city commander. 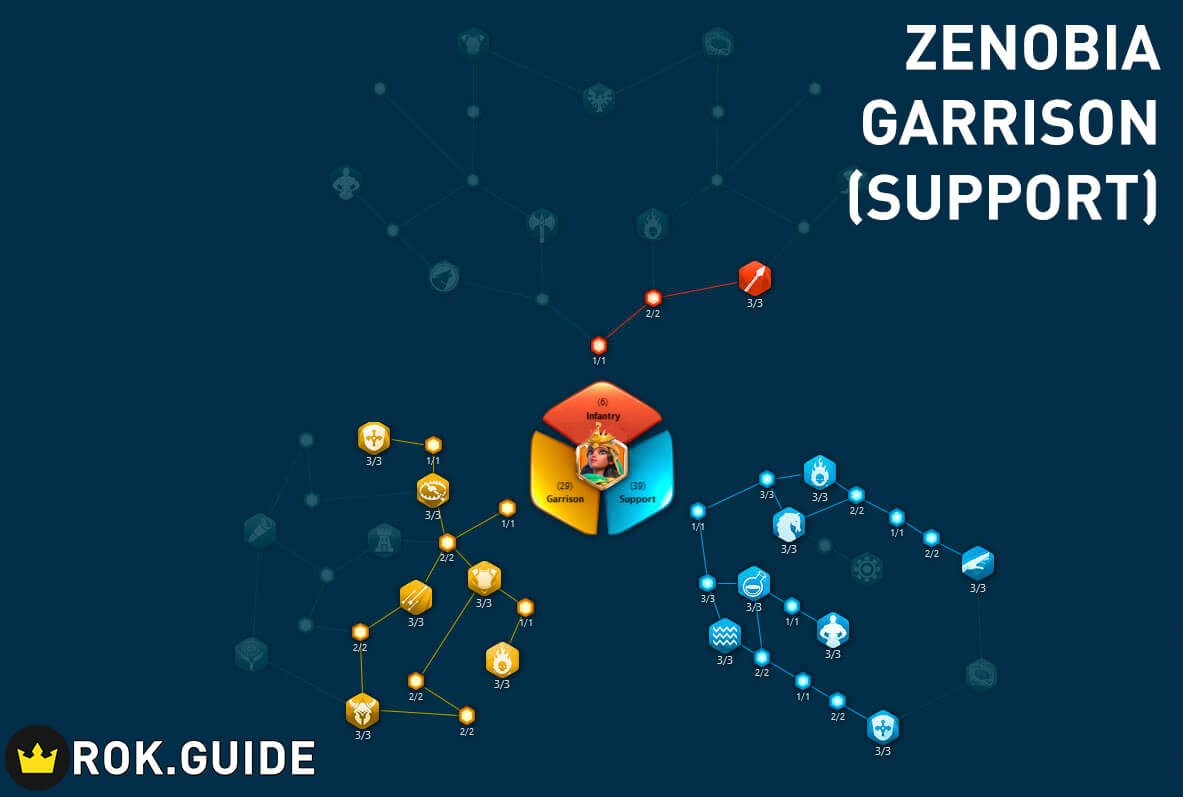 Zenobia is a great infantry commander specialized in defending garrisons and cities.

Although we want to use her for other tasks such as open-field, it is not recommended since many of her skill upgrades will be ineffective.

“Queen of Palmyra” an excellent active skill capable of healing in great proportions your troops, even your close allies in smaller numbers, the armies affected by this skill (including your own) will gain up to 40% extra health.

“Unmatched Beauty” is her main skill when serving as a protector of garrisons or cities, her units will gain a great reduction in damage and at the same time increase the attack they cause to their enemies.

Zenobia, as a great support and infantry commander, improves the units under his command in terms of health and attack, up to a maximum of 20% thanks to his skill “Conqueror’s Ambition“, in addition all the damage he causes to rallied armies is increased by 10%, one of his best skills. It has a DPS per probability that can be used while leading any “Pluralistic Reign” garrison or city.

Our recommended build is focused on protecting cities and garrisons in various ways, achieving resistance and achieving great defensive support.

When detailing this build we can say that Zenobia is a commander specialized in defending Passes, Flags, and Center Fortress specifically, if we are on maps like “Lost Kingdoms” we know that the defense of our structures is essential to prevent the passage of enemies and these they mostly protect themselves with infantry units and commanders of great resistance, Zenobia is one of those new commanders of extreme strength and powerful skills capable of countering any enemy, her healing factor and bonuses when leading garrisons and cities are among the best in Rise of Kingdoms, without a doubt we are facing a great ally or rival. 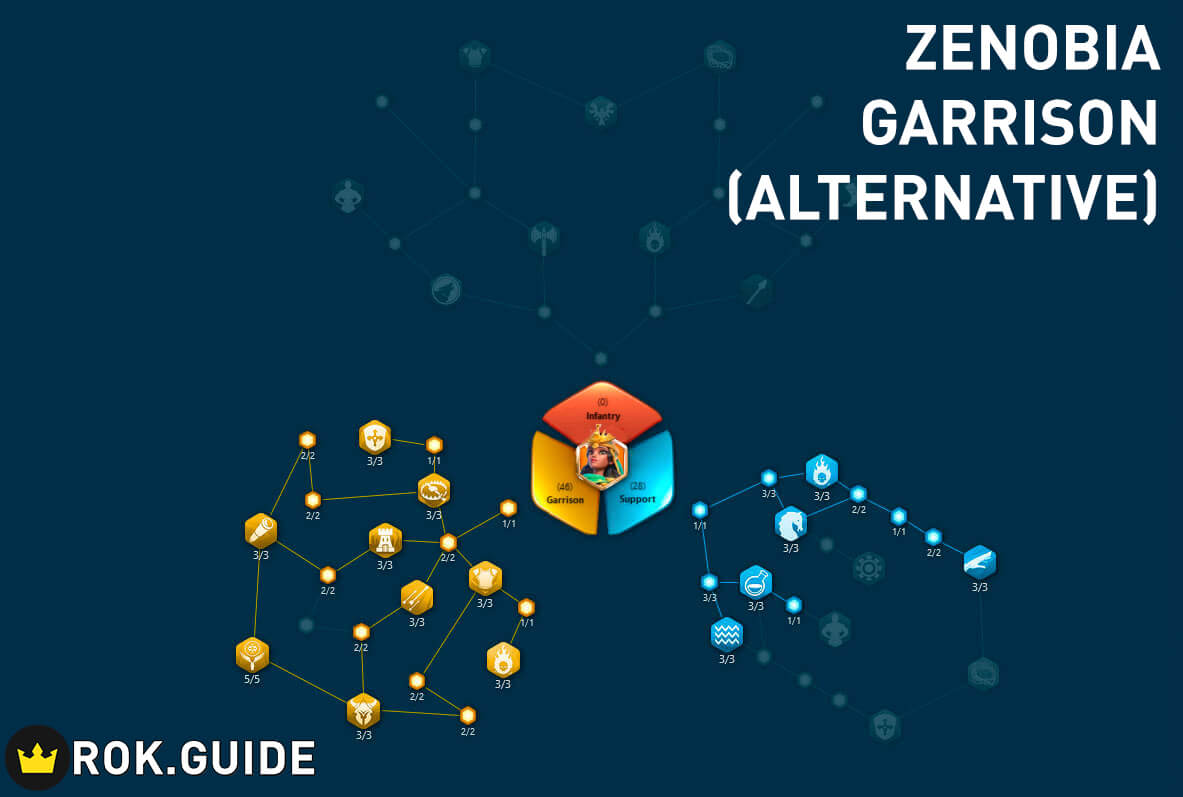 In this alternate build, we prioritize the talents of the “Garrison” specialty to earn some strong upgrades like: 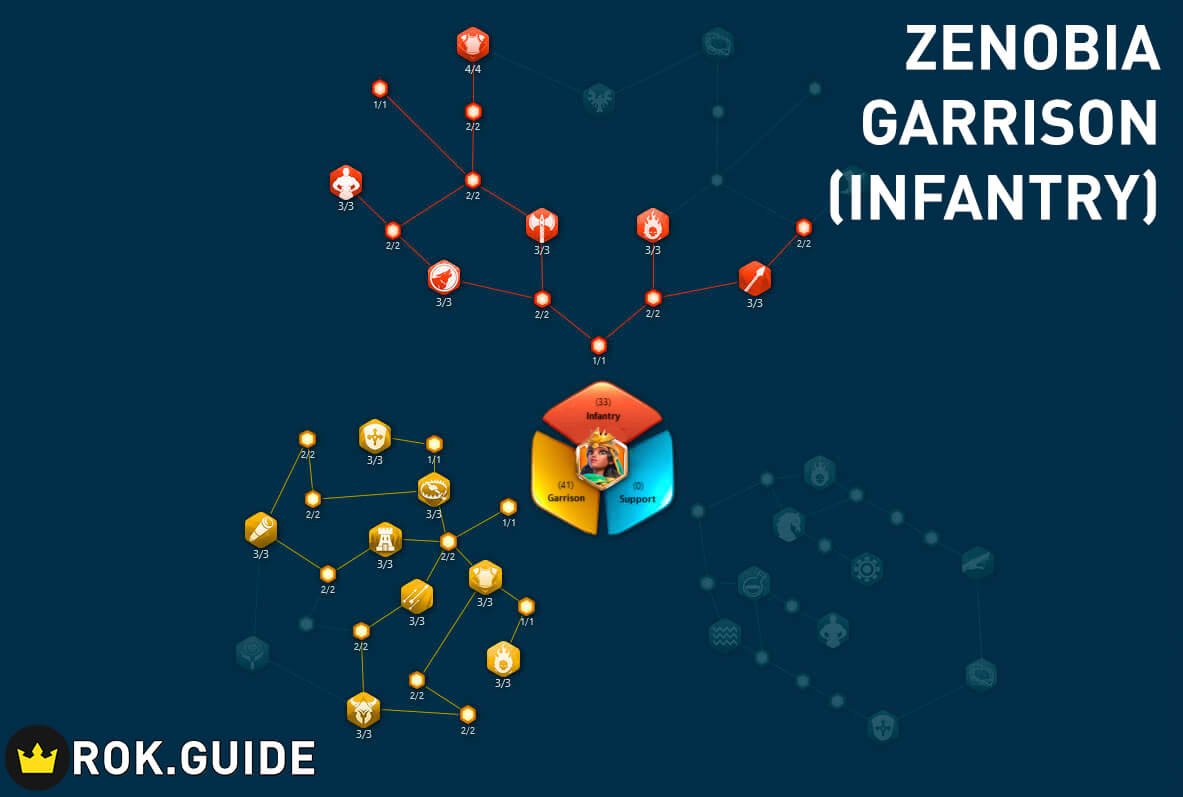