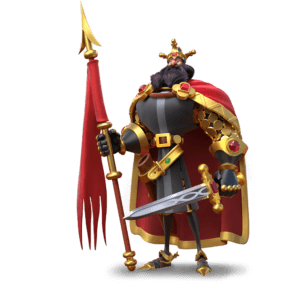 This commander is exclusively available for kingdoms over 310 days via the Wheel of Fortune.
Table of Contents hide
1 William I
2 Summary
3 Advantages & Disadvantages
4 William I Skills
5 William I Talent Trees
6 Best Commanders Pairings for William I
7 Recommended Equipment for William I 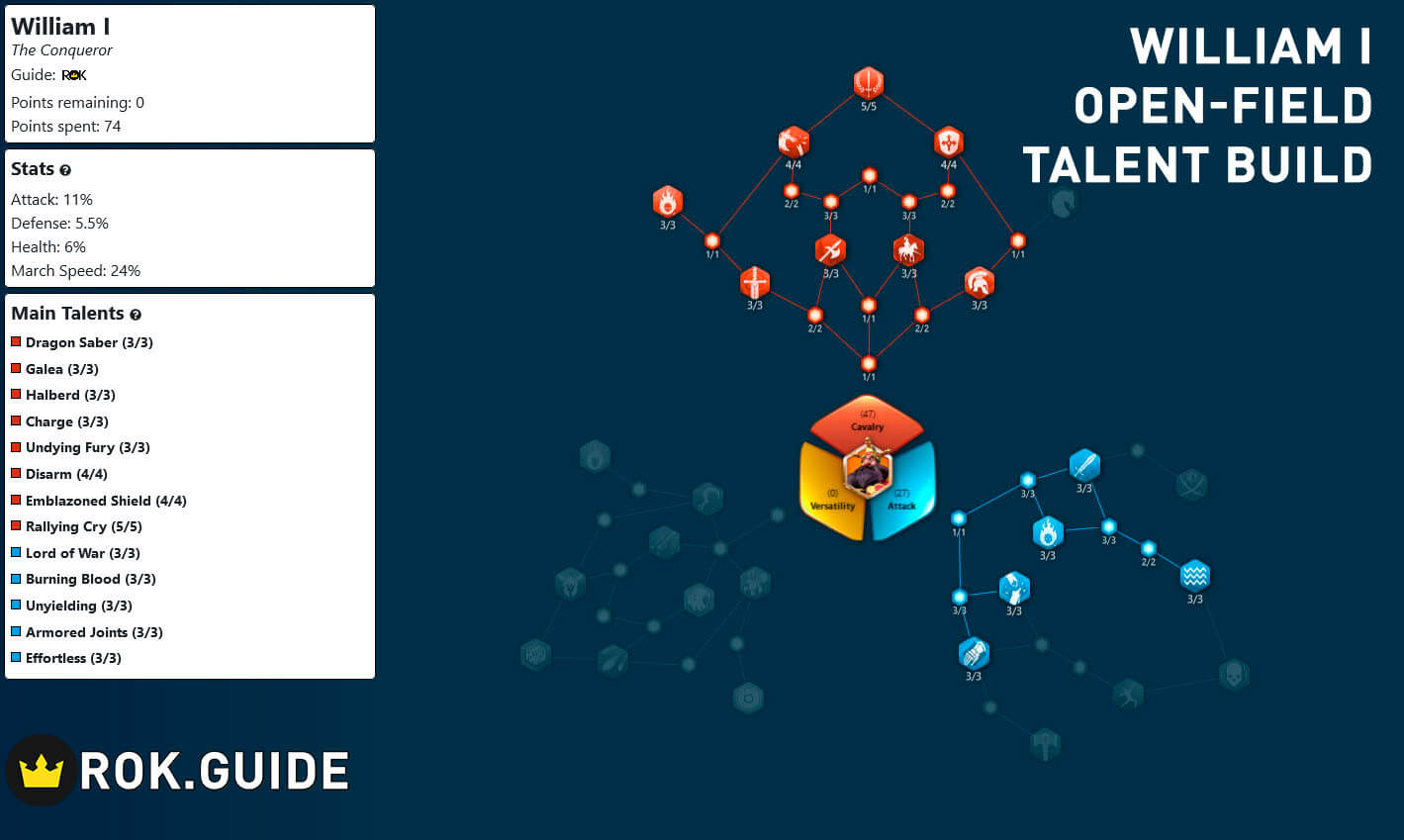 Note: William is an eminent commander thanks to his skills and talent trees, however, the latter are focused only on open field as a primary. We can use him in different ways just by varying a few specific talents, but not enough to disintegrate his functionality as a leader. In this guide, we will only talk about its main and most effective build.

“Hidden Bloodline” its active skill is powerful, it causes great damage in AOE to a maximum of 3 targets in addition to reducing its march speed by 30%, really an excellent skill for open field, it will be one of its main weapons in combat.

“Charge of Hastings” another strong skill that improves each of the cavalry units under the leadership of William I, they gain attack, march speed and when fighting in the territory of the alliance increase their damage even more.

“Norman Conquest” excellent skill for open field, each of these is combining perfectly while William I fight on the map, gains attack, also has direct damage factor that when surrounded in turn increases their damage numbers much more, Awesome!

“Scourge of the North” his 4th skill Provides a powerful defense to his units while using “Hidden Bloodline” even if it affects more than one enemy, William I provide this defensive buff to nearby allies and they gain a 50 rage increase for 3 seconds. His ultimate ability is fierce for combat, the versatility of each of these skills is one of the best in the game, if we mix it with his talents, William will be one of the great fighters in open field leading cavalry.:

In choosing William as the Senior Commander, we must maintain this lineup of talents for his open-field safety.

By having “Versatility” talents we have a commander that can only be focused on a single use within the game, maybe two doing some talent readjustments, but the function is the same, it is simply a commander to fight on the map against any enemy.

It is important to say that if we want to make a talent adjustment to suit each of us, we choose the “Attack” talents as the main talents for this variant, “Versatility” is not a good talent tree for any commander, it has too much variety that does not fit to any specific task within Rise of Kingdoms.

Best Commanders Pairings for William I

Recommended Equipment for William I