1.0.58 “Glory of Egypt” on 2022/06/13. The servers will be down for an estimated 3 hours during the update. We apologize for any inconvenience this might cause and will send you a reward as compensation once the update is complete. 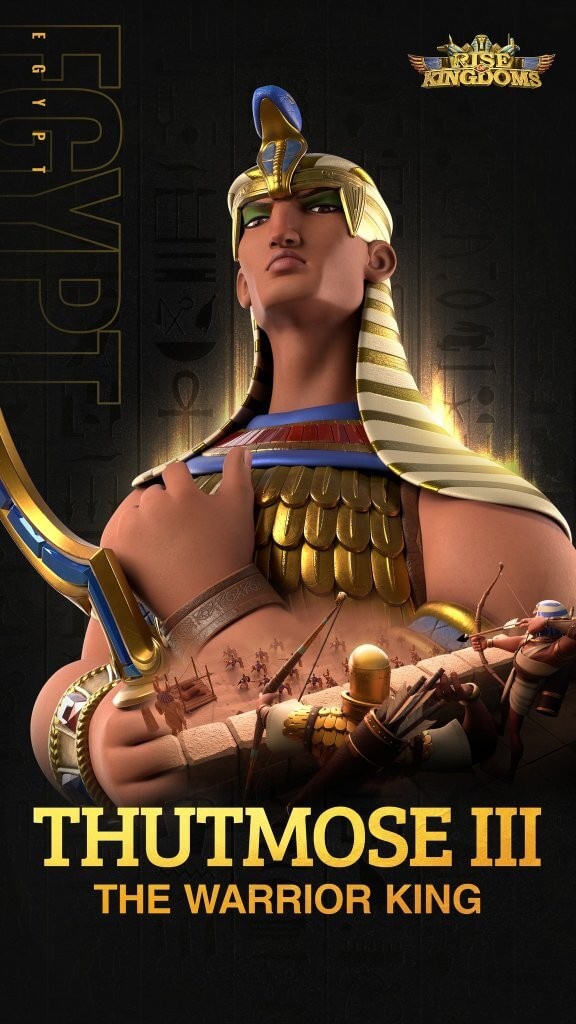 Majestic pyramids. Endless deserts. Here once stood a glorious civilization and its countless treasures. Now, its mighty structures lie corroded by sand, but the treasures of its wisdom have never stopped shining. Here, the journey ends. But another begins. A resplendent overture has been composed, awaiting your input to its sonorous symphony.

1) After updating, you can change your civilization to Egypt at any time to enjoy all-new civilization features, Egyptian city themes, and Egyptian units.

3) Take part in the Egypt event series for a chance to win amazing rewards:

– Alliance Quiz: An all-new event. Team up with your allies and answer questions to win prizes!

– Sign-In Spoils: Log in for 7 days to gain legendary commanders, architectural styles, and other great prizes!

– Art Through The Ages: Take part in the event on our community pages and win marvelous RoK merch!

– Words of Eternity: Explore the mysteries of Egypt and seek the true meaning of eternity alongside Gilgamesh in this new storyline!

– Esmeralda’s Prayer: We never know when the wheel of life will stop turning. Maybe your luck can change? An all-new version of this event with even better prizes! Amazing rewards like city themes and decorations are guaranteed after a certain number of attempts!

– Arms Training: Challenge an Armsmaster Lohar who gets stronger with each battle! How long can you last?

– Sharp Eyes & Quick Hands: Earn rewards and compete with other governors throughout the kingdom in this fun jigsaw puzzle challenge!

In order to maintain balance, we’ve changed some of the rules regarding immigration. Immigration is now divided into 2 different types (excluding using Beginner’s Immigration to enter Nascent kingdoms):

When engaging in same-season immigration, the following conditions still apply:

We have also added a counter for how many players have registered and an immigration countdown timer to the Kingdom Info screen.

– Map Changes: Semi-protected Camp Passes have been added to the map.

2) Adjusted the times that different difficulty levels become available for the Trial of Kau Karuak event in each Story of Season of Conquest.

3) You will now receive a notification message when you use Troop Return Scrolls during Relentless Warriors.

4) Improved the content of the notification message when Season of Conquest ends, providing a detailed explanation of which Lost Kingdom items will be recycled and what compensation will be given.

1) You can now see what equipment a Primary Commander is wearing in the troop dispatch screen and change it directly.

2) When troops are defeated, continuous buffs and debuffs inflicted that turn will no longer continue to take effect.

3) Improved performance for War of the Ruins event.

4) You will now be notified when your city comes under attack during scenario battles such as Ceroli Crisis and Ian’s Ballads.