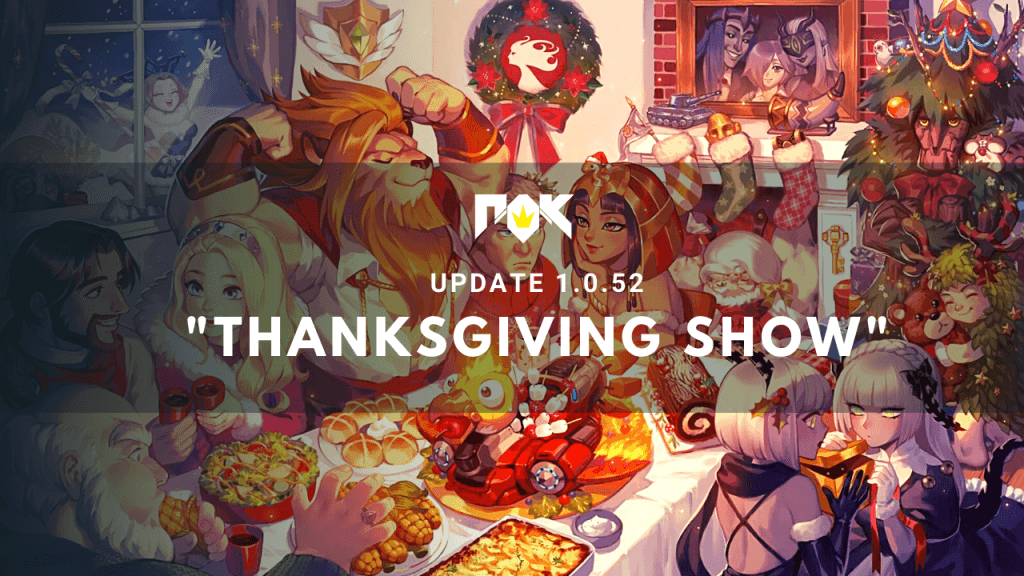 Once again, we come to a time of harvest and Thanksgiving! Please join us as we celebrate the holidays with some events!

Might and Munificence: Complete quests for 7 days to win great rewards!

Thanksgiving Feast: Prepare for the feast alongside your alliance buddies to earn chests!

Thanksgiving Gifts: Exchange for a wide variety of prizes, including a new city theme!

Thanksgiving Bounty: Collect and redeem Forks in the “Thanksgiving Feast” event for prizes!

Prepare to Feast: Collect ingredients and prepare for the Thanksgiving feast!

A Cordial Invitation: Take part in the Thanksgiving feast with your alliance!

Bankrupt The Boutique: The Mysterious Merchant is offering some insane deals, an the more you buy, the better deals you’ll receive!

Protect the Supplies: Escort supplies to the village to ensure the Thanksgiving gathering goes well without hitch!

Arms Training: Challenge an Armsmaster Lohar who gets stronger with each battle! How long can you last?

Thanksgiving Sales: We have released new limited edition resource bundles! Please be noted that different bundles will be show depending on whether your Kingdom has already taken part in Lost Kingdom Season

The events will go live within a week of the update. See the Event Calendar for a detailed schedule.

Our ultimate aim here is to provide Governors with a more exciting and engaging Osiris League. We feel that these adjustments to League spectatorship and participation, as well as improvements in the overall rewards available, should do just that. For instance, alliances to make it into the Round of 16 will now receive and even better single match victory reward and the reward will increase as they go further.

Say hello to the new Chieftain “Dekar” from the Ceroli Crisis event! Adventurers entering the so-called “Forest of Death” would do well to beware the bizarre and sadistic with doctor “Dekar” and his poisonous arts. Dekar lurks with his forces in the dark forest depths, ready to inflict Marks and Poison spells upon trespassers.

We’ve noticed how popular the “All-Out” skill has proved with Governors owing to the strong, long-range firepower support it represents. On the other hand, troops in Arrow Tower form do seem to become extremely passive and lose considerable offensive power. This is why we have decided to increase the skill’s damage and damage mitigation capabilities to provide a bit more “oomph”