Before the update, you can download data in advance via events to earn nice rewards.

We apologize for any inconvenience this might cause and will send you a compensation reward once the update is complete. 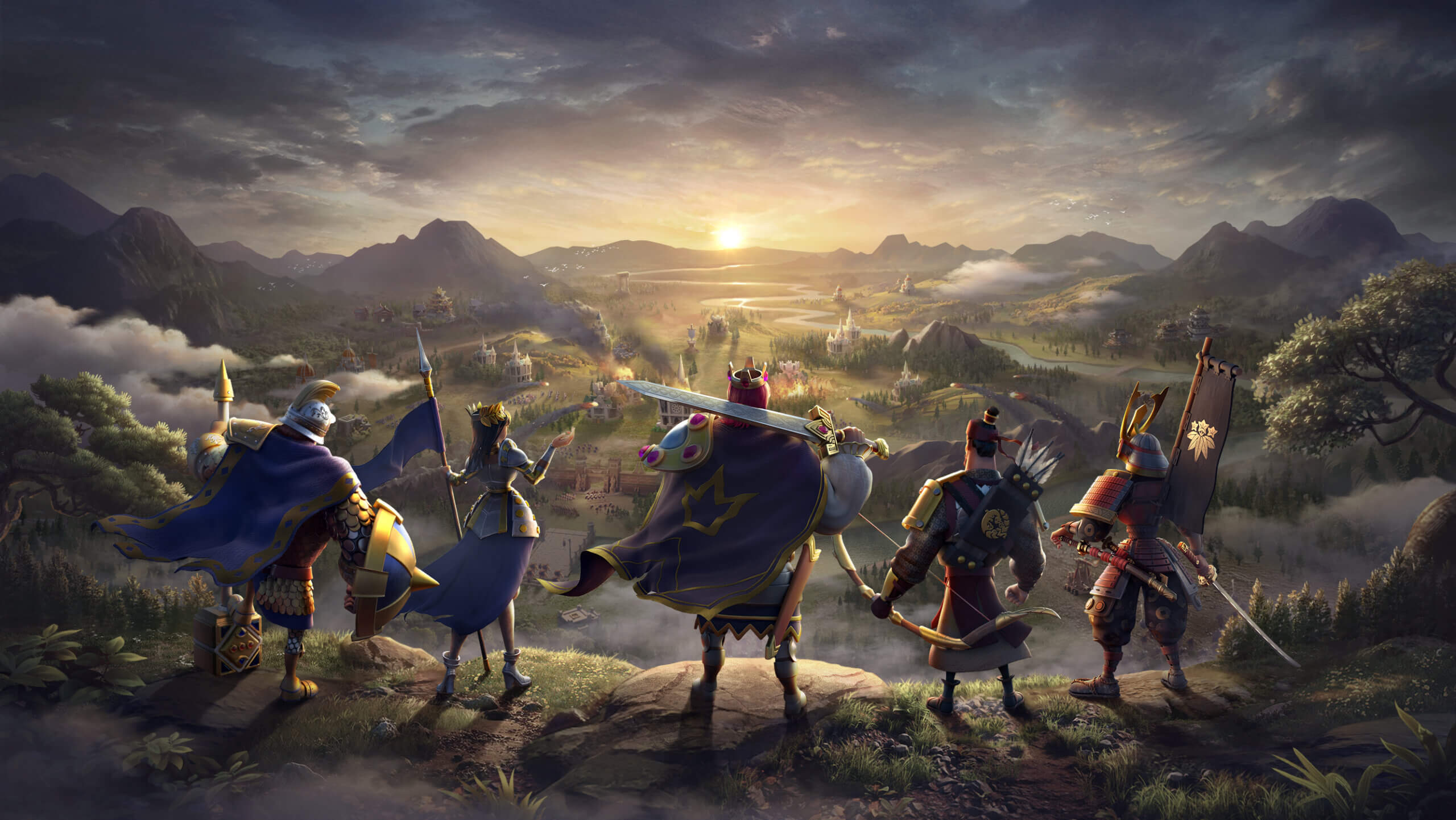 1.“The Lost Kingdom: March of the Ages” Coming Soon!

Conflict and war is not simply confined to the old clash of barbarism versus civilization. We fight to recover our ancestors’ legacy from the barbarians but know that wisdom, deception, and trickery come with more advanced civilization too. Thus we exercise utmost caution in all affairs. Our hopes fall to the Ancient Pagodas now and the coming dawn. The only question is: When that moment comes, will we meet the morning sun or arrows at dawn?

Kingdoms participating in the Season of Conquest now have the opportunity to experience a whole new Story: “March of the Ages”! Governors are no longer able to move wherever they please in this new mode, but must instead “trek” to victory by carefully planning their base, sphere of influence, and army to seize the momentum!

1) Super large maps: “March of the Ages” maps are twice the size of any other Story maps!

2) Ancient Pagodas: Governors are no longer free to move their cities wherever they will, and must first establish a Foundation Stone around an Ancient Pagoda under their control to move cities.

3) Forward Camps: Governors can establish Forward Camps at the “front lines”, which are critically important structures for healing troops and supplying reinforcements. Governors’ careful placement of their Forward Camps will contribute significantly to victory on this map.

4) The Supply Radius: The Supply Radius is an area centered around a Governor’s city or Forward Camps for garrisoned troops, and hugely impacts your troops’ ability to do damage. Governors should try to limit their engagements to within the Supply Radius as much as possible to ensure troops can continue to deal full damage.

5) Derelict Passes: the map is scattered with abandoned passes so derelict as to be impossible to control or traverse. This throws a chaotic element into the mix for every kingdom at the beginning, as each faces a different set of strategic choices and Governors must proactively plan and discuss how to overcome such challenges.

“Champions of Olympia” was a hit with many Governors, and we received a lot of good suggestions. We’ve taken a hard look and made the following optimizations in this update:

1) We have modified the colors over Governor’s troops on the Champions of Olympia battlefield, in favor of an intuitive red, blue, and green system to mark enemy, ally, and your own troops.

2) Governors can tap to like and befriend other Governors from the results screen.

4) Governors can now tap and hold over an empty space on the battlefield to command their troops to march there.

5) Governors can tap the map in the top right corner to issue Mark orders.

6) The power of damaging skills on the battlefield will now change with the strength of the casting troops.

1) A certain ratio of troop units that got killed during the Lost Kingdom event prior to Season of Conquest will also be returned after the end of the event.

2) We’ve added a new Alliance Log feature to make it very easy to check Alliance events, members, battle information, and so on.

3) VIP 18 has been officially released along with new exclusive buffs and VIP Special Bundles.

5) We have imposed numerical caps on the ability of Governors to enter new kingdoms using the Beginner’s Teleport to help foster a better player experience and ecosystem within such kingdoms.

6) We have fixed Harald Sigurdsson’s “Stamford Bridge” skill to match the description. *Note: Its strength in combat remains unchanged.

8) Added the new King Skill “Exile”, with the following effect: A city with an active Peace Shield will be forced to randomly teleport to their initial province; If the city does not have a Peace Shield on, then it will take 5% increased damage for the next 30 minutes.

We would love to hear what you think about this update! Let us know in the comment section!