We plan to update the game to version 1.0.29: “Light and Darkness” at 2020/1/7 06:00 UTC. The servers will be down for an estimated 3 hours during the update. We apologize for any inconvenience this might cause and will send you a compensation reward once the update is complete.

All-new Season of Conquest for the Lost Kingdom: “Light and Darkness” 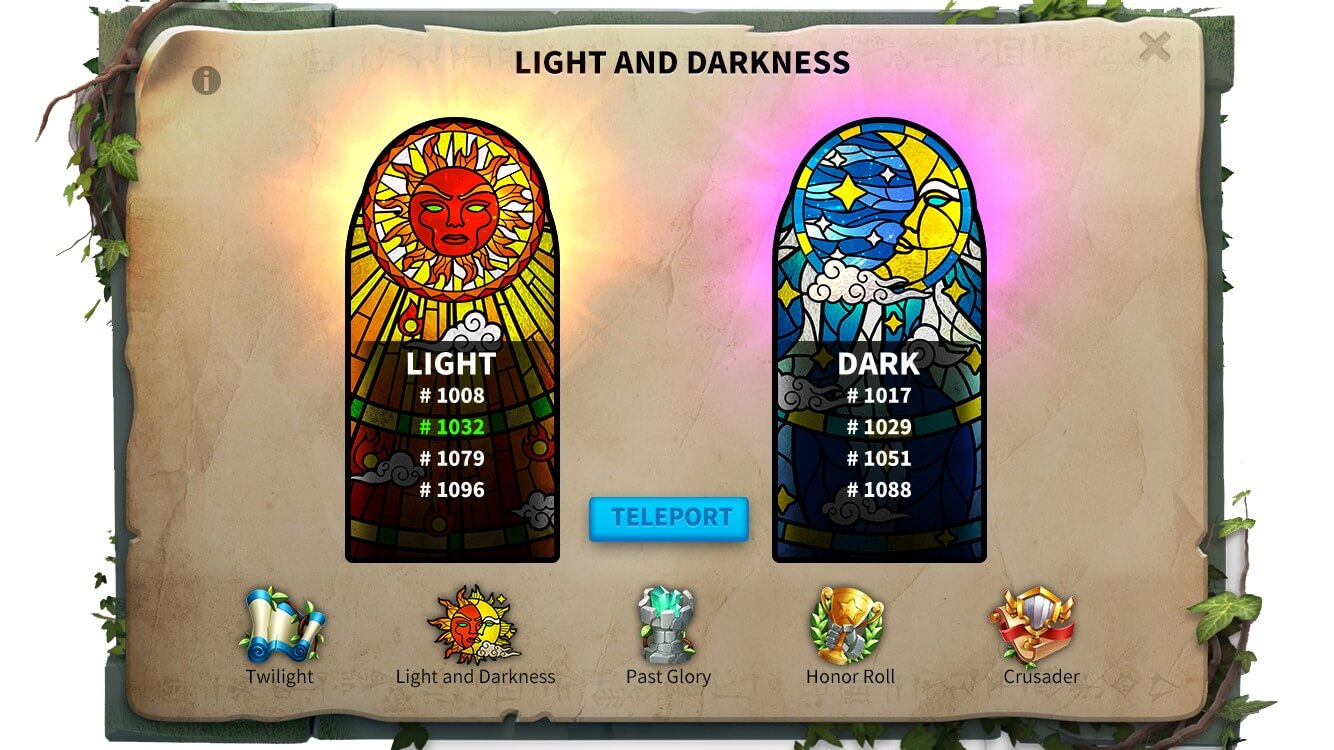 “When light and darkness intertwine, the gate to conflict and war shall open”.
A brand new play mode is coming to the Lost Kingdom. Kingdoms that have gone through the Lost Kingdom seasons 1 and 2 will be eligible for the first play mode of a new Season of Conquest — “Light and Darkness”. On a brand new map, Kingdoms can team up with each other and compete against other kingdom teams in a seriously epic 4v4 battle. Will light expunge darkness from our world, or will darkness devour all that is light? Brace yourselves for action-packed battles that will keep you on the edge of your seats. 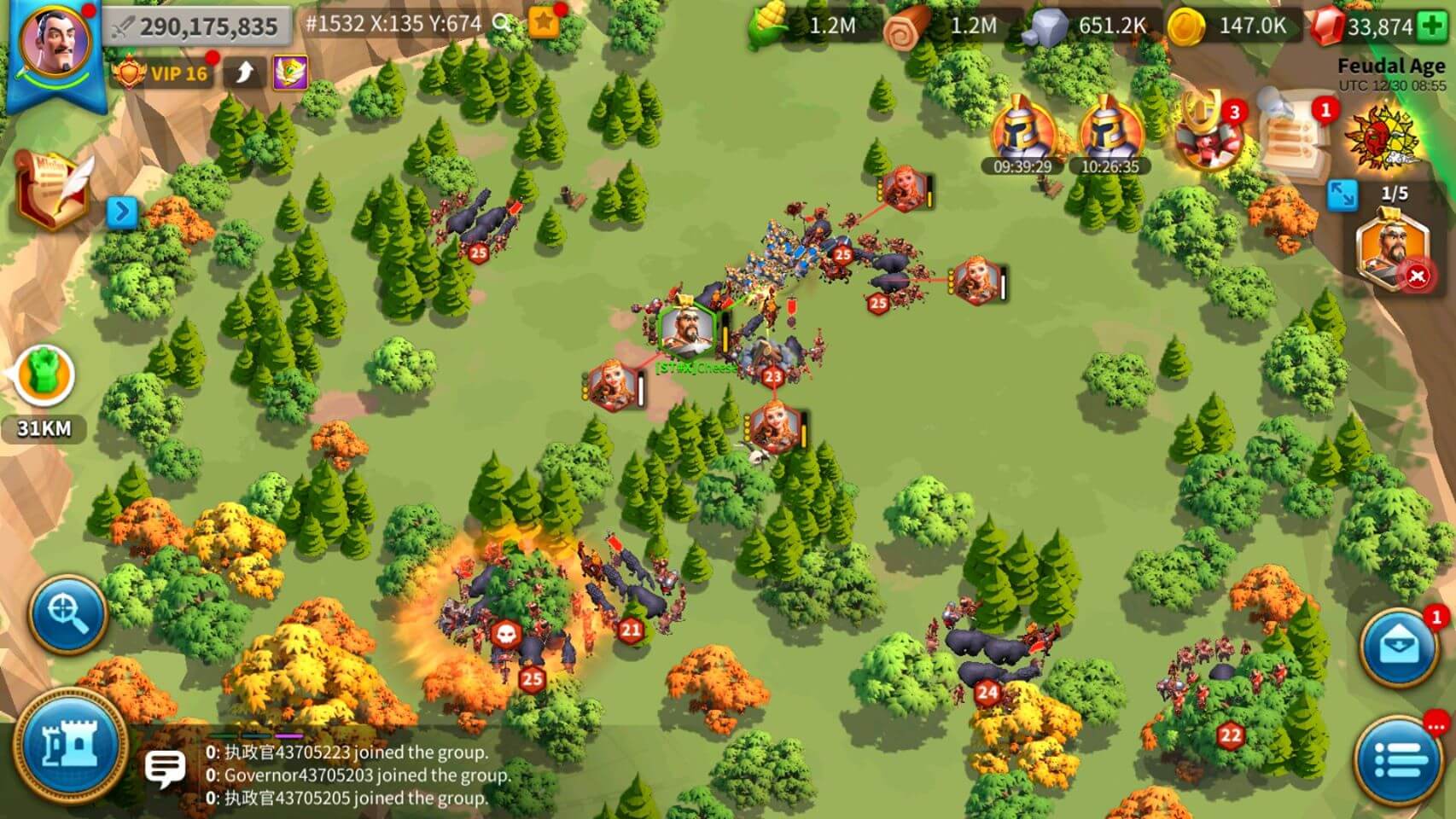 Two powerful barbarian chieftains and their followers have invaded our land. They have set up camp in strategic positions surrounded by dangerous terrain, and have built arrow towers that shoot incredible distances. These barbarians will actively attack any invader that dares to intrude their territory. The upside to all of this? They happen to carry with them loads of precious rare equipment. Take arms, warriors. It is time to defend our land!

The “Ark of Osiris” Skills System

(Will go live right after the update) 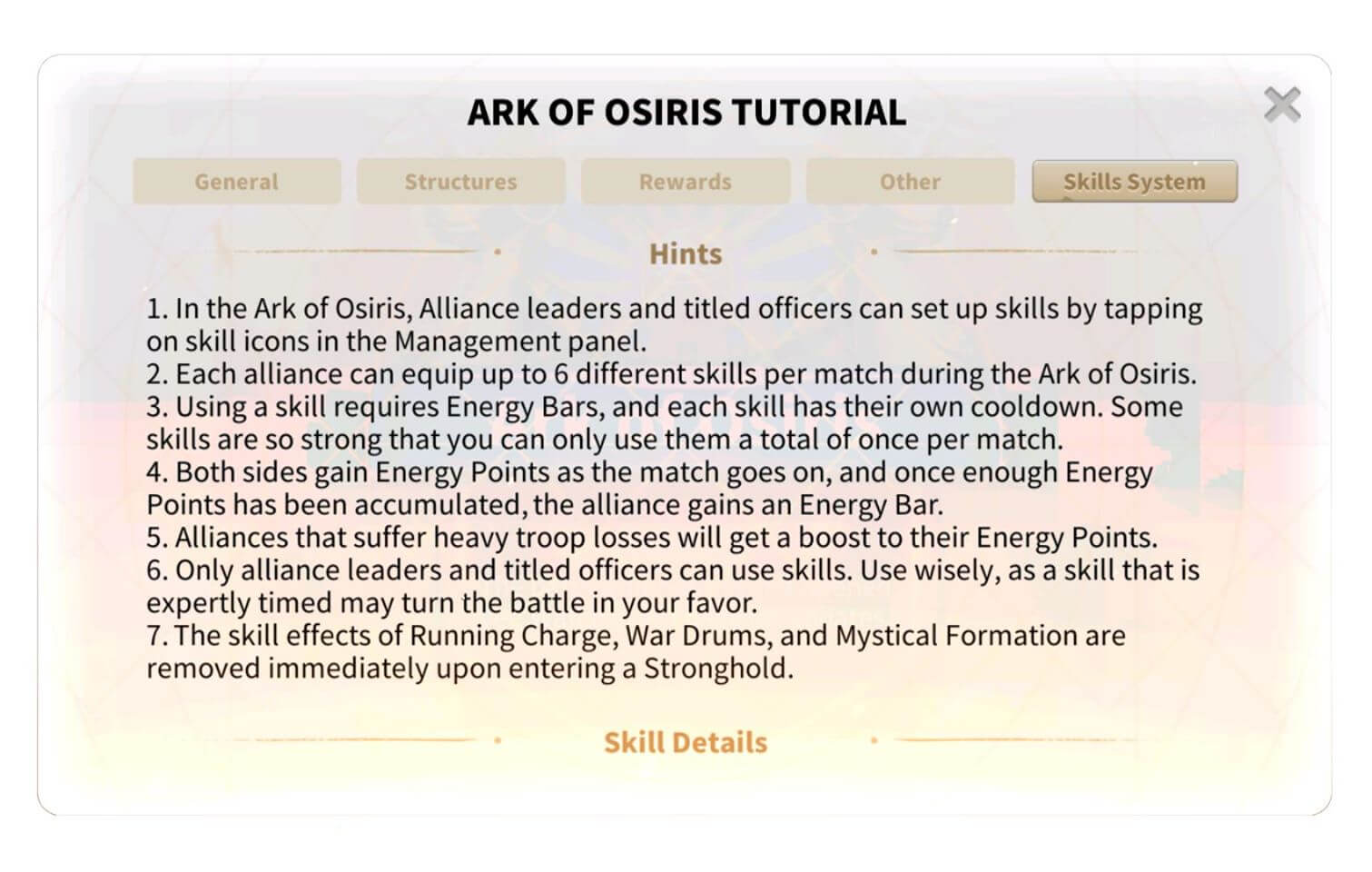 15 powerful skills will be added to the “Ark of Osiris”. Alliance leaders and titled officers can now use skills to turn the tide of battle in their favor. Spend Energy Bars on “Tear Down” to dismantle that important structure, or cast “Valiant Stand” to hold your ground? The choices are yours to make.

Improvements to the Ark of Osiris