In Rise of Kingdoms, troops are the units led by Commanders to do different tasks, from gathering resources, defending cities to attacking Barbarians, cities, buildings etc.

The Siege Units have the highest capacity and are usually be used for gathering resources. Siege units counter Watchtowers but get countered by other types of troops. 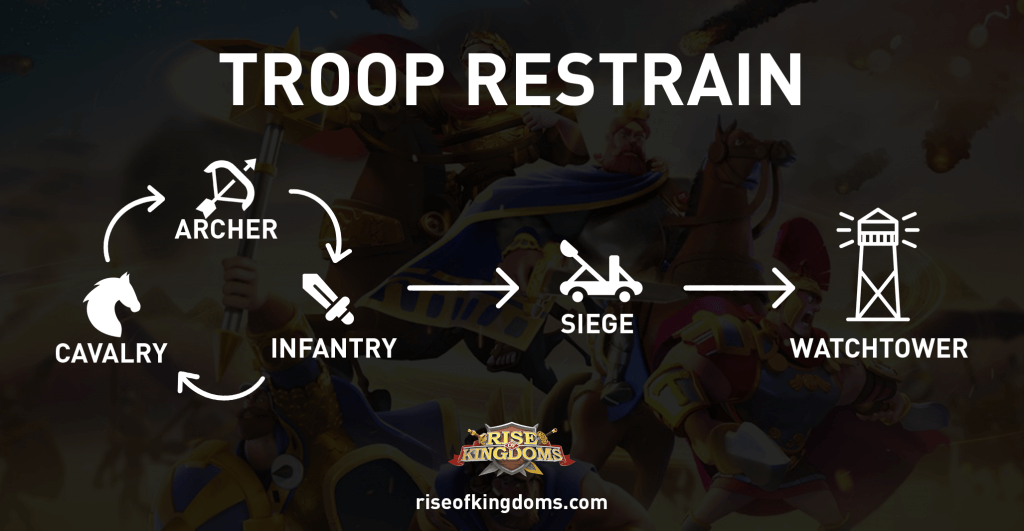 Which Types of Troops Should New Players focus on?

In this guide, we will expose the importance of each type of troops and their characteristics, the best way to use them, commanders, advantages, disadvantages, and eliminate any doubt of many new governors when choosing their style of play.

One of the biggest questions for new players in Rise of Kingdoms is: How should I choose the best Civilization?

All the Civilizations in Rise of Kingdoms are good, they have different unique characteristics, especially a type of unit and specialties that differentiate them, we only have to choose according to the mode or style of play that we want to play.

If you are a Free-to-play player, the choice of your Civilization according to the type of special unit it has will be extremely important since the most advanced commanders, technologies and characteristics must be focused on the development of this unique style of play (

It is very difficult as a F2P player to be able to maintain all commander and troop specialties at once in Rise of Kingdoms.

Civilization according to unit type:

The infantry is the most defensive unit of Rise of Kingdoms.

They have great resistance and main statistics such as Defense and Health, excellent for long battles in open-field and the defense of garrisons that is their absolute combat mode! Thanks to the specialties of their ideal commanders to defend structures.

When choosing one of the Infantry Civilizations, you must automatically focus on commanders being capable of leading this type of unit.

Infantry is best for Free players since you will quickly have the possibility of having quality Legendary commanders like Charles Martel, and Richard I, and most of the more advanced players (P2W) will go to the conquest through cavalry commanders, a unit vulnerable to infantry.

Of course, do not forget to check out our latest Rise of Kingdoms codes for a better start in the game.

Among the three types of special units, archers are the most versatile!

They are excellent for PVP, PVE, even defending and attacking garrisons and cities! Thanks to the skills of some of the Archer commanders.

Its main attribute as a unit is the damage, it does not have a great defense so the resistance of its troops depends on the commander we choose and the buffs provided.

One of the negative characteristics of the archer civilizations is that none of the 4 has a commander specialized in leading Archers.

So it’s important when you choose any of these Civilizations, reserve the commander sculptures at the beginning of the game for commanders that have benefits and improvements to archers.

As archers are slow (faster than infantry) and have the lowest defense among the three types of units, however, the damage they cause is incredible and their advantages depending on the leading commanders, these turn weaknesses into power already which are among the best in Rise of Kingdoms.

The cavalry in Rise of Kingdoms is a completely offensive unit, they have great damage and resistance in addition to one of their main attributes, March speed.

If you choose a cavalry Civilization, you will be lucky enough to have 3 Epic commanders leading cavalry for the beginning of the game, they will be very helpful for F2P players who decide to choose this game mode.

The cavalry is specialized in open-field combat and the conquest or attack on cities and garrisons.

Cavalry not ideal to defend any type of structure.

Their commanders, the vast majority, are focused on destroying and devastating everything in their path. They are Conquerors, capable of causing many casualties to any defense and this is their main power, the large-scale rally attack.

Cavalry is the fastest unit, excellent for chasing enemies or fleeing from any battle quickly in open-field, however, they will be stopped by the infantry in this combat mode.

Their attack is single target so it’s not a great idea to attack among crowds.

The most vulnerable unit against all types of attacks.

They maintain a low profile of attack and defense statistics, their greatest strength is the load capacity for greater collection of resources or the looting of these to enemy cities.

In Rise of Kingdoms, we don’t have commanders specialized in leading this type of unit through talent trees, however, some of these leaders will make improvements available through exclusive skills for siege, some of the talent specializations have improvements for each unit of this type like: “Gathering” or “Support” 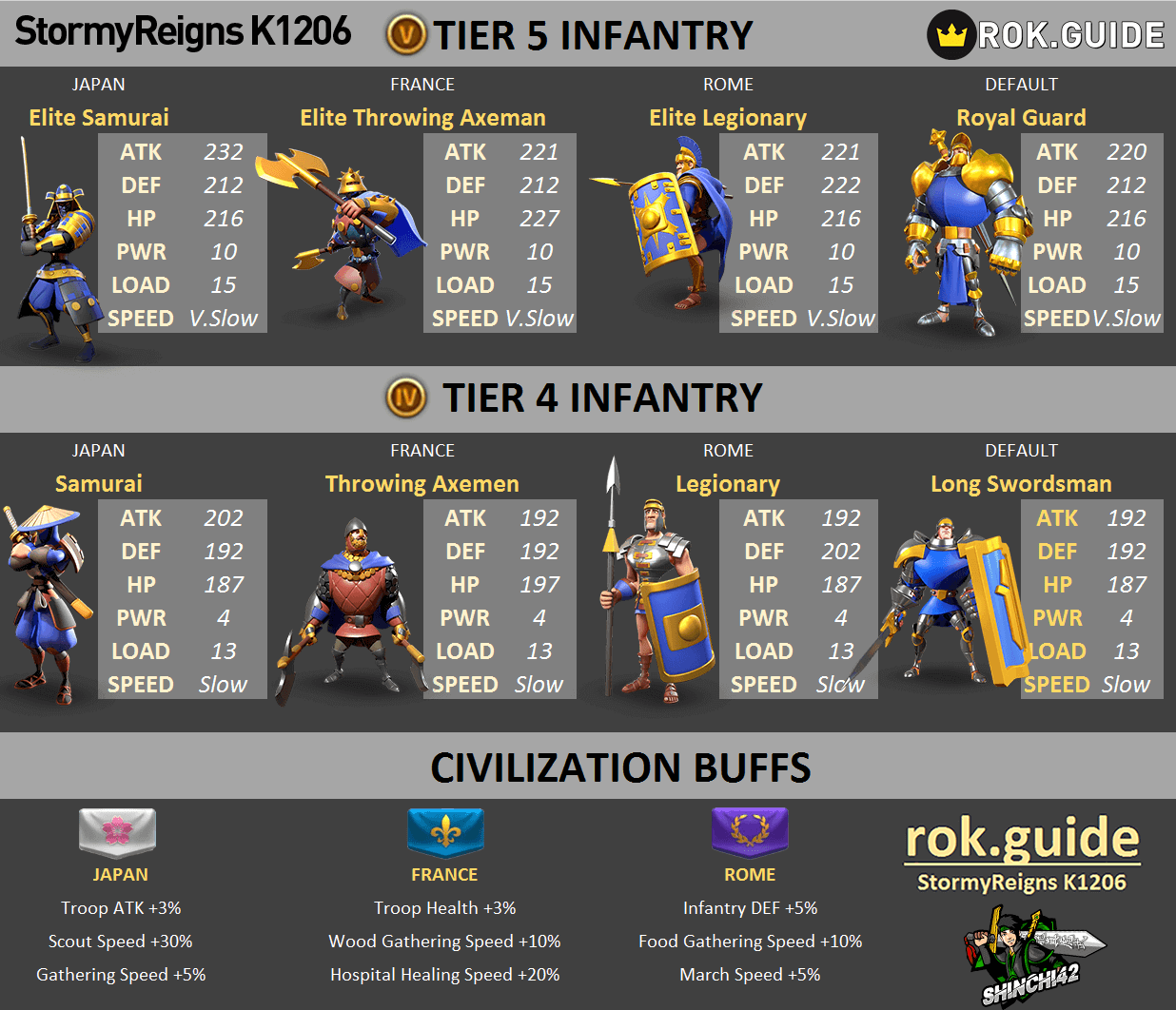 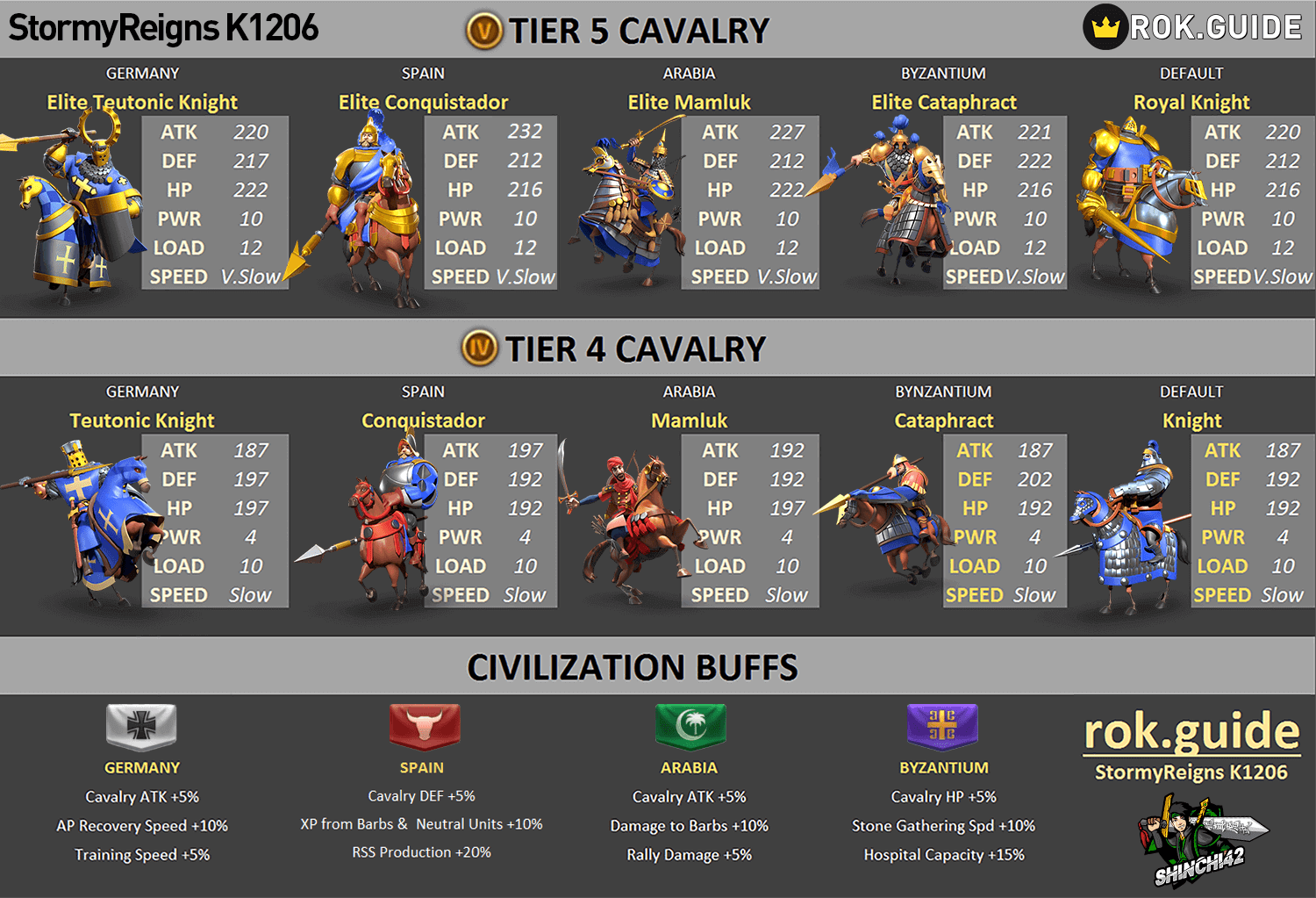 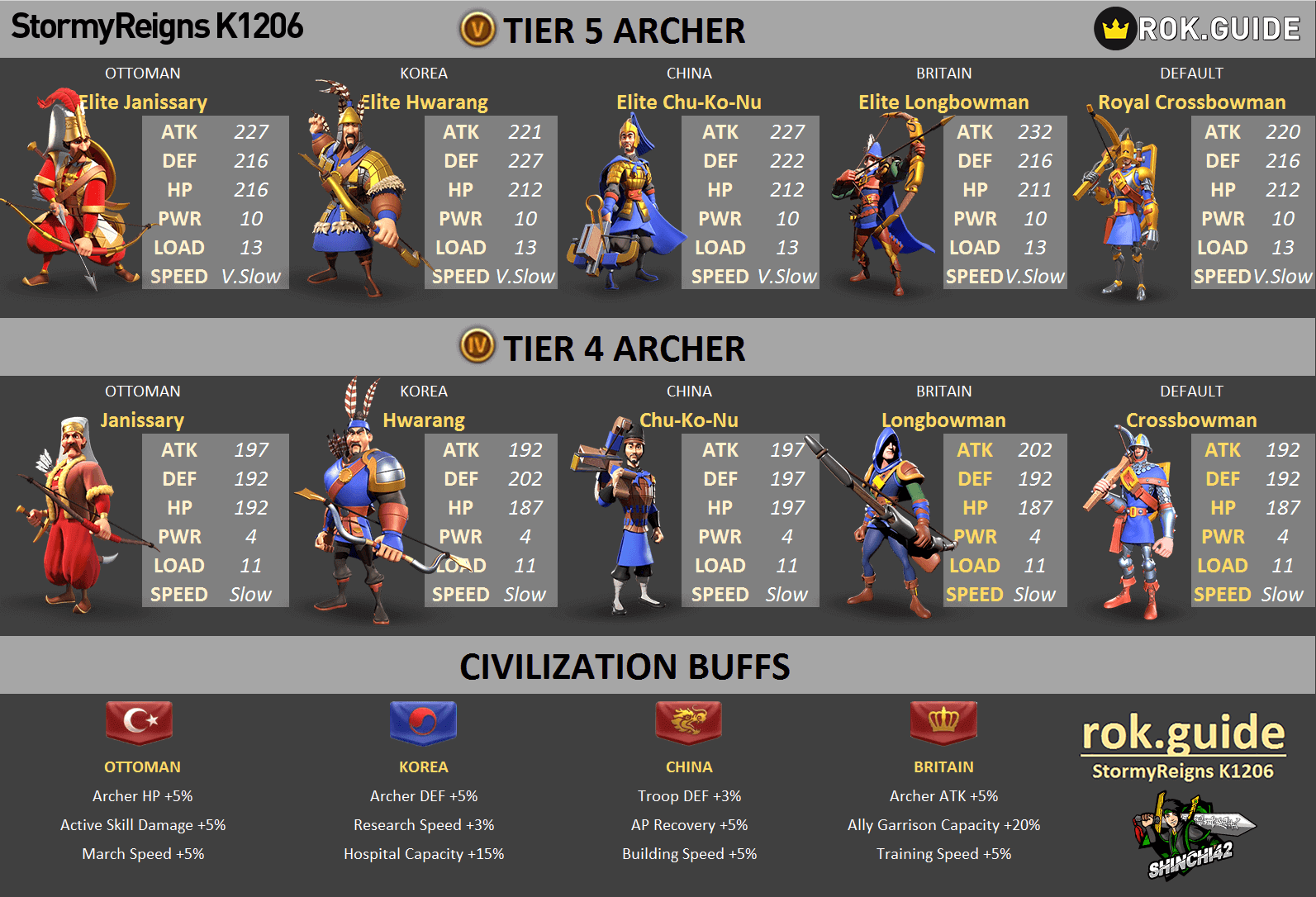 Once all the types of units in each specialization have been explained, we can choose the future of our Civilization and what will be the purpose of it, each governor must be able to choose their mode of combat between the three types of units and commanders, this will be their ABC during your campaign in Rise of Kingdoms.