Tomyris – The Queen of the Massagetae 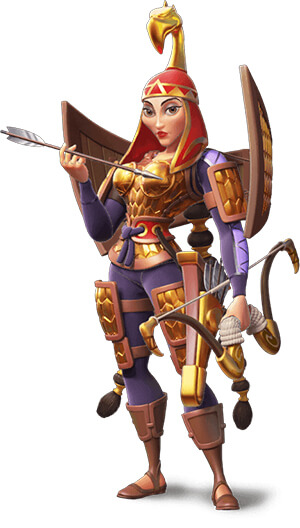 Other| The Queen of the Massagetae

Tomyris is a legendary archer of the best in Rise of Kingdoms. Her skills and combat mechanisms are unique, making her a powerful commander, who is capable of defeating even the worst enemy.

“Arrow of Vengeance” her active skill deals low direct damage, however, she has a stack effect that causes poison damage (x20) and increases further when the more stacks she causes. This is an incomparable and unique skill in Rise of Kingdoms.

As she is a Conquering commander, the accompanying skill “Payback” increases the attack of Tomyris and her troops when attacking cities and at the same time reduces the counterattack that she suffers.

“For the Sun” a passive skill that benefits all archer units under Tomyris’ command.

“Massagetae’s Counterattack” gives all regular attacks a 50% chance to poison a single target for 5 seconds.

“Pouch of Blood” is a great expertise skill! Cavalry is the worst enemy of any archer commander, yet Tomyris counteracts much of this damage, thanks to a strong buff and debuff that she provides to her enemy and her troops to achieve victory. 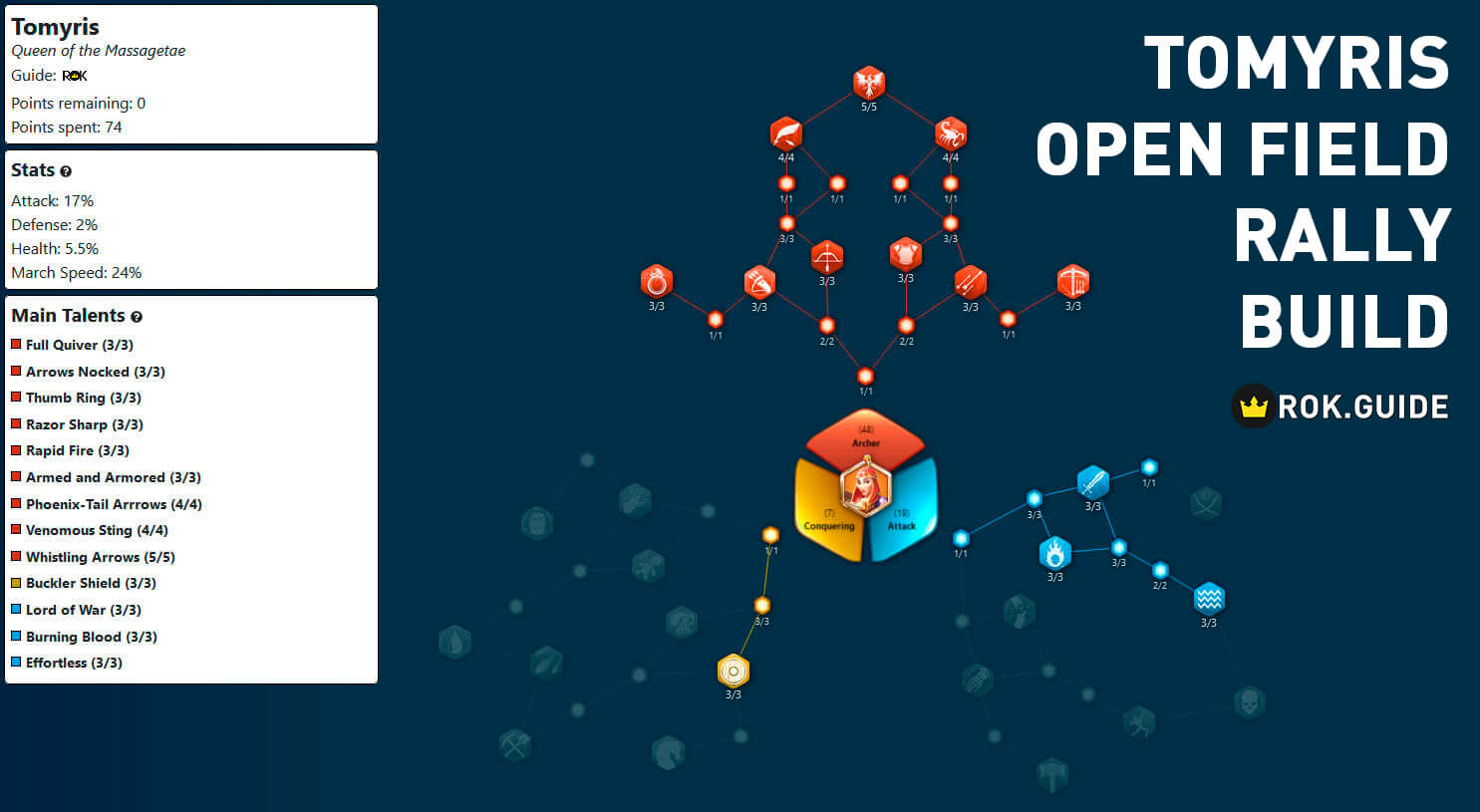 Tomyris is a great commander for open-field as well as for Rally.

This build, we focus on both combat modes, thanks to her unique skill of its kind in Rise of Kingdoms is extremely powerful capable of defeating any enemy.

Tomyris’s attacks are devastating due to the poison stack mechanism, in addition, as a great commander specialized in leading archer units, he constantly improves their attack with the strong buff.