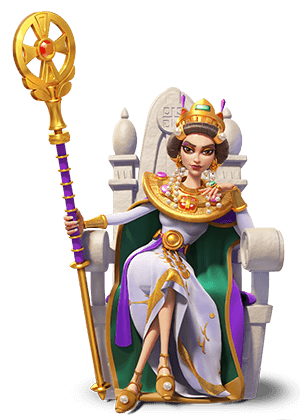 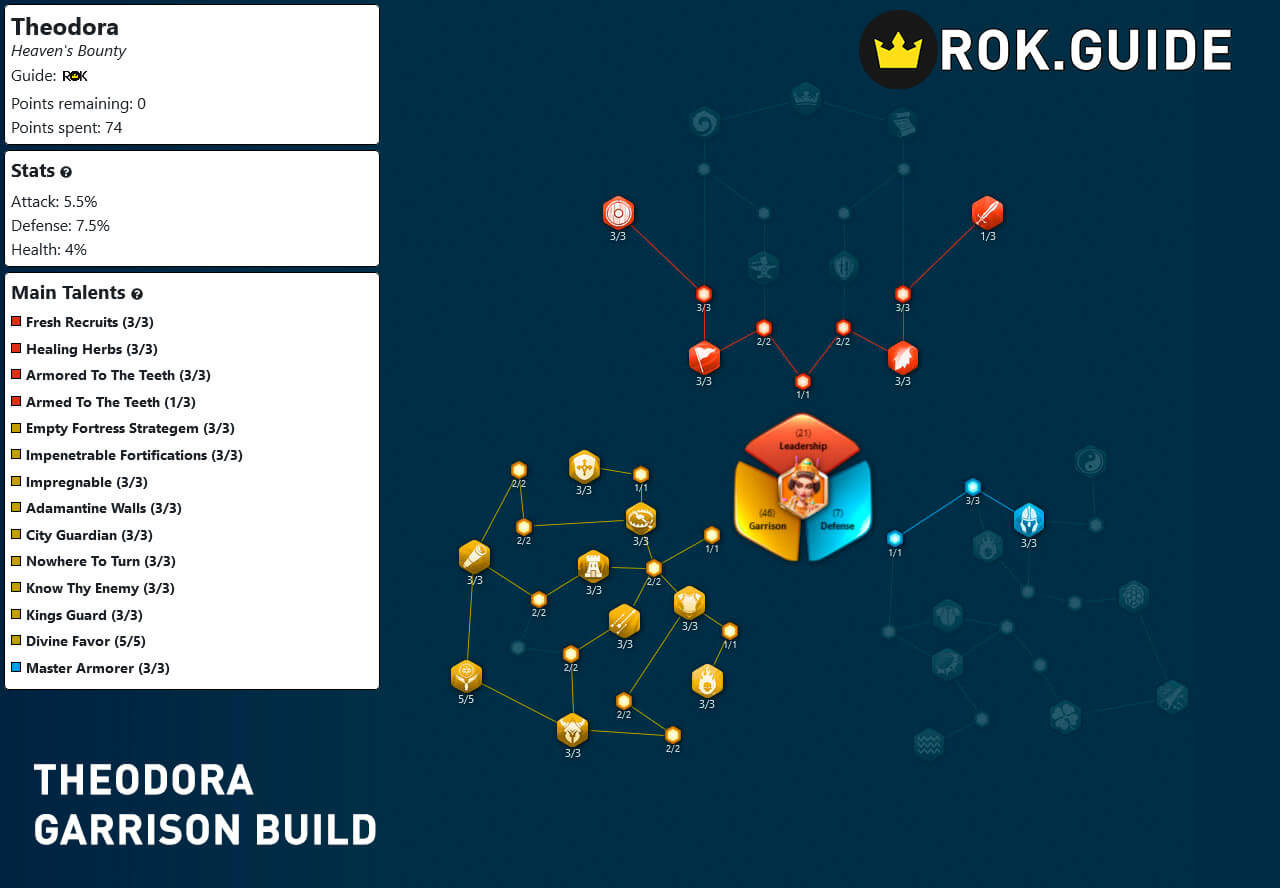 Theodora has excellent specialization skills and talents to protect garrisons, this is her main task in Rise of Kingdoms and by selecting her as our guardian structure commander, her role will be impeccable.

In this build we will focus your main talents to defend garrisons in an absolute way.

Theodora has an active skill that causes a lot of damage AOE “Byzantine Empress” one of the most powerful in the game thanks to its circular area of ​​effect that affects up to a maximum of 5 enemies.

“Keeper of Secrets” is a passive skill that benefits each unit under your command with an extra defense gain, in turn reducing any enemy rally damage while serving as commander of that garrison.

If we look for some benefit in terms of unit damage alike while suffering great loss of our troops, “Co-ruler” is one of those passive skills that increases our damage capacity once our army has been reduced to 50% even if it reduces his units have another attack gain, both 10%.

“Royal Power” the last of her passive skills has a 10% chance of damage bonus to 40% for 3 seconds, a powerful skill.

Her ultimate skill “Honor to the Last” increases the damage factor of her active skill and immediately removes any slow and control effects from Theodora’s troops.:

This build is excellent to defend any type of garrison, its talents and skills characterize it in an absolute way, in turn make it an offensive garrison commander, it does not have defensive skills, on the contrary, all increase the attack of its troops, plus the use of their talents they combine a perfect attack-defense balance. 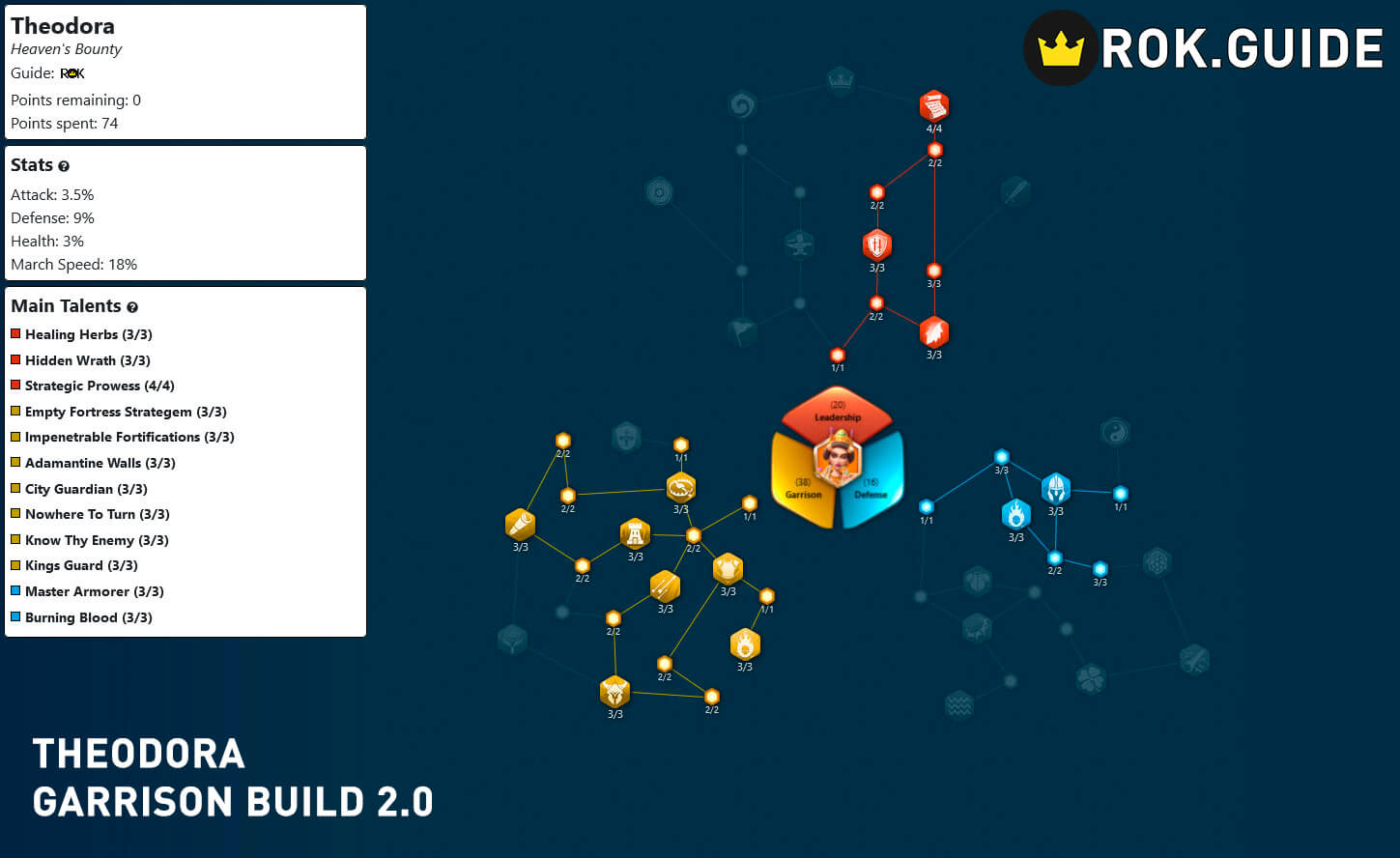 By using these alternative talents, thanks to “Burning Blood” we gain a rapid regeneration of Rage for the reuse of our active skill, in addition the talent “Strategic Prowess” will have much less time between one use and the other thanks to the combination of both. we will gain an extra 20% defense much faster than expected. It is an alternative build but very effective like the previous one.