The New Civilization, Vikings, are coming into the Rise of Kingdoms world with new commanders and a lot of perks that could change the whole gameplay!

If you like playing infantry commanders-troops, garrison defense, and open-field, this is the time to choose a great Civilization like the Vikings.

This is a civilization specialized in Infantry, thanks to its special units and the main attack buff, which is effective for any combat, both Open-field and Rally!

This is the only Civilization until now that increases the damage of Infantry units and this can change the game-meta seriously.

The Vikings really encourage doing combat and wars are it offers another great PvP buff, Counterattack Damage! This means that the troops, while in combat, now can do much more damage!

Counterattack is a PvP-focused statistic because it is the highest amount of damage the army can take in combat; A lot of top-tier commanders only have physical damage and Counterattack is one of the best statistics against them.

Troop Load is a farming statistic, mainly for gathering resources on the map!

If you want to choose Vikings for the previous perks, Troop Load is a nice addition as you can always farm more resources needed for wars.

In Rise of Kingdoms, there are a lot of Gathering commanders that have Skills and Talents specialized for farming as many resources as possible on the map.

Tap on each commander to see their skills! 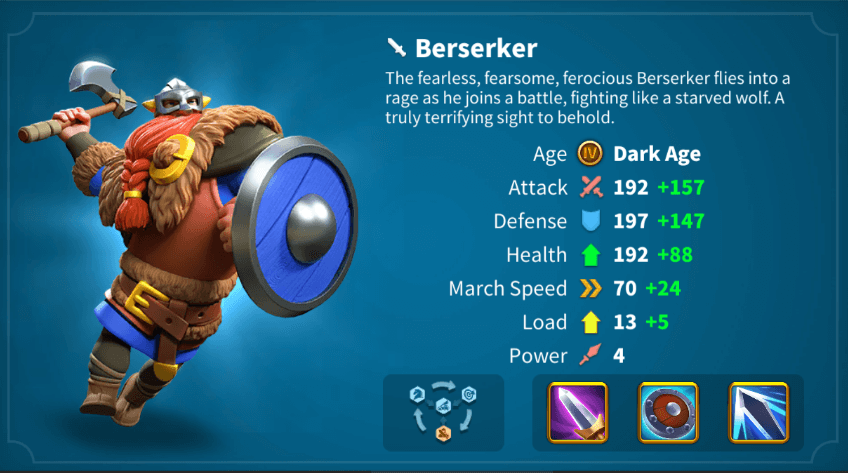 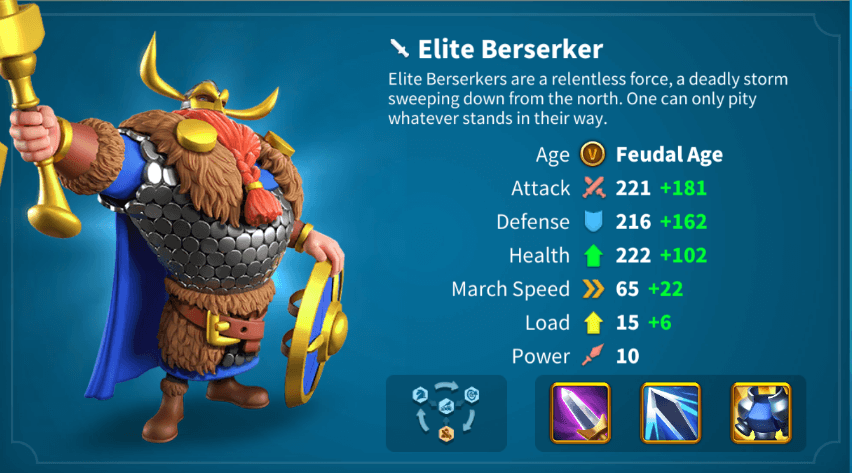