In Rise of Kingdoms, Rallying is the most effective way to destroy garrisons and structures, which is extremely important in PvP.

Under this combat mode, there are commanders who are specialized at launching Rally to deal with any garrison defender. 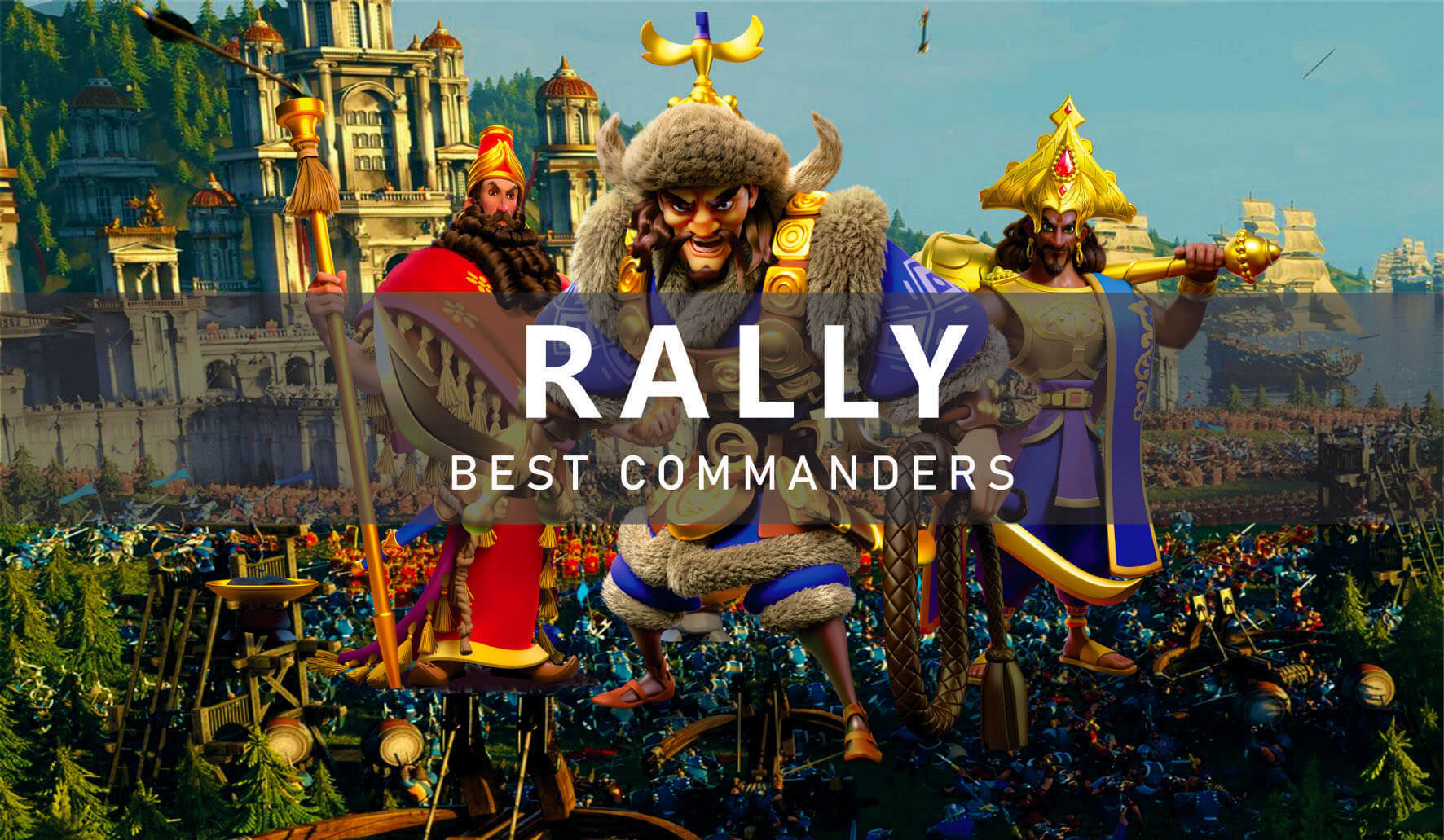 Attila‘s stamina and constant application of Buff and Debuff when attacking is his war mechanic. Each troop under his leadership will be extremely strong and difficult to defeat for any Garrison defender.

Attila does not have damage per skill, unlike other commanders who excels at Rallying. He is characterized by the constant siege buff to his units and affecting the enemy continuously by debuffs.

The damage he causes is completely physical, but it is the most powerful of Rise of Kingdoms.

A great advanced cavalry commander with great stamina and physical damage, Chandragupta boasts a unique attack mechanic in Rise of Kingdoms, thanks to the accumulation of strong buff that constantly improve his attack and base resistances for all units under his command.

His army gets much stronger as the battle progresses.

He is an impressive commander for Rally, he has no skill damage, but he balances the perfect way of attacking garrisons with excellent skills and talents.

An archer commander specialized in conquering, thanks to the great impact that his main damage skill has and the bufss that improve his specific attack on garrisons.

Nebuchadnezzar II applies a very strong buff to his archers, at the same time he has an impressive damage skill that affects up to a maximum of 5 targets.

His skills and talents are stunning for attacking garrisons of any type and destroying any defense.

He should be your main focus as a conqueror.

Another great archer commander that has the strongest damage skill in Rise of Kingdoms.

Edward is a very effective commander for both Open-field and Rally.

Rally really makes him much more special since his damage is mainly based the active skill, which requires a lot of Rage and can be easily dodged in Open-field, but in Rally, it cannot be dodged.

In addition, the more the capacity of archer troops under his command, the greater the impact that Edward causes to his enemy.

He is capable of destroying any garrison.

Why choose Edward of Woodstock?

Guan Yu is a very versatile leader who has excellent damage skill in AOE.

Guan Yu has a strong healing factor that makes him much more resistant and helps restore troops during battle efficiently, he is a leader who specialized in infantry and PVP combats both open-field and Rally.

Above is our top 5 rally commanders list in Rise of Kingdoms!

Rally is super important and is an indispensable part of PvP activities. You simply just cannot conquer the world if you don’t have one of the commanders above.