Ragnar Lodbrok – Legend of the North

Complete guide to Ragnar Lodbrok in Rise of Kingdoms. Let’s take an in-depth quick look at his skills, talent trees, and the other tips for making the most of him!

Vikings | Legend of the North

Note: Ragnar Lodbrok is available via the Tavern, Expedition Store, and bundles.

Ragnar Lodbrok, one of the most fearful Vikings in universal history, arrives in Rise of Kingdoms as an absolute conqueror, excellent for Rally and Open-field, his troop capacity, healing effects reduction and constant attack buff make him a fearsome commander.

“Power of the King” is the active skill, which does not have damage, however, it increases the attack of his troops by 30% and at the same time reduces the damage he takes.

“The Raven”, his most powerful passive skill, increases his attack even more and has a chance to reduce the healing effects on his enemy by up to 40% for 3 seconds, excellent.

As a great conqueror, his damage increases when attacking cities by 10%, “The Horn ‘s Call” also has a troop capacity increased by 10% when he launches a Rally “Lord of the North”, much better to attack cities.

In short, Ragnar increases the attack on cities by 70% and 60% for open-field, excellent.

Power of the King

Attack is increased by 5%. Normal attacks have a 10% chance to reduce the target’s healing effects by 20% for 3 seconds. This effect can only trigger once every 5 seconds.

Lord of the North

Enhanced Skill: Power of the King 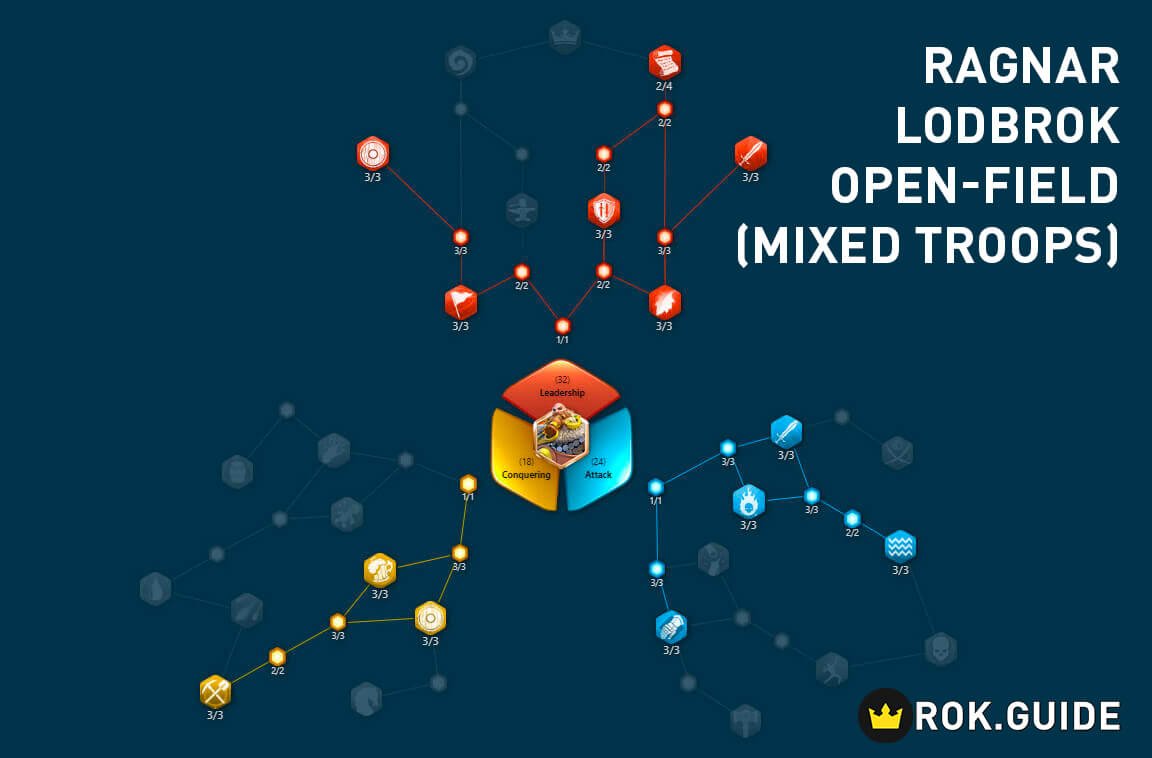 Ragnar does not have a specialization in leading units of the same type; however, his talents and skills make him a powerful versatile commander for open-field since we can combine both primary with this build and secondary, including mixed troops or using secondary. 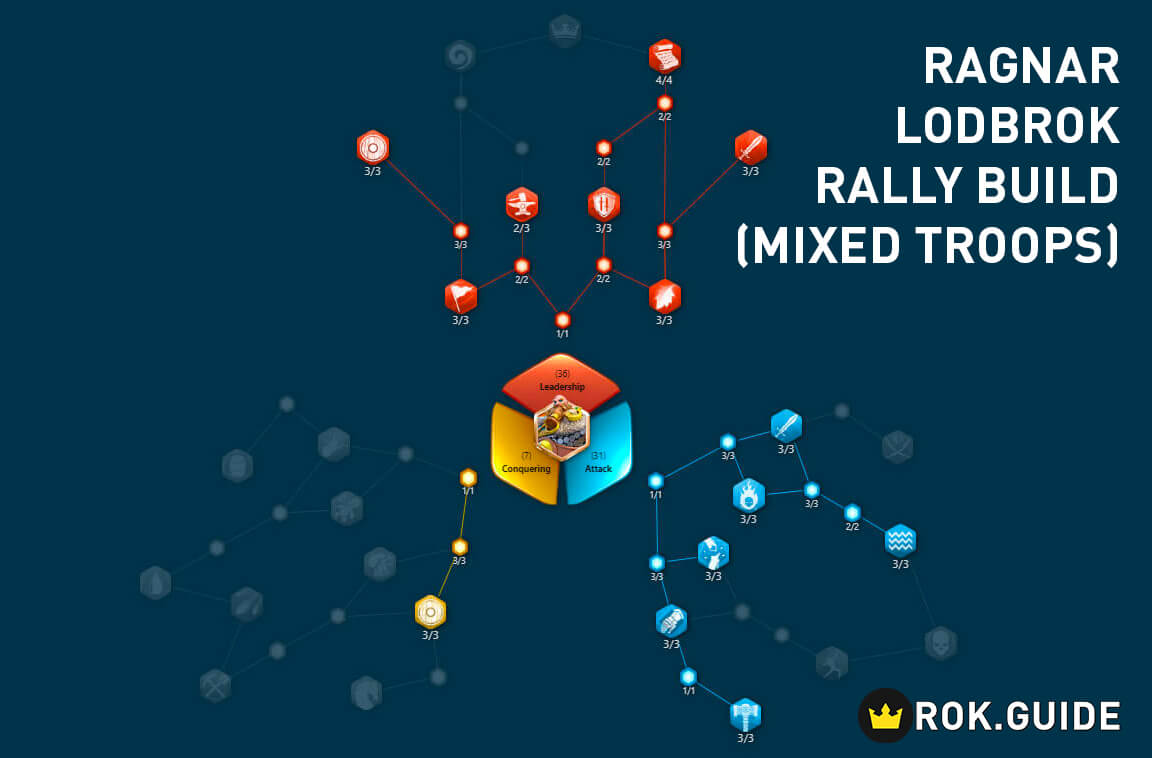 When leading Rally, Ragnar increases the damage by 10% against cities, in addition to his troop capacity, this makes him a great warrior to specifically attack these garrisons.

If we talk about the talents, in general, they are quite versatile in the use of mixed troops as it increases your troop capacity even more, your damage and damage reduction in addition to other fundamental stats as a Conqueror.

By choosing Ragnar as the Primary or Secondary commander for both open-field and rally, we are able to use him with any other commander, thanks to the fact that he does not have a specialty to lead a single type of troops.

Attacking a City with primary Attila, secondary Ragnar would not be a bad option since it enhances the attack of this cavalry and Attila, in addition to granting them a greater troop capacity and healing reduction.