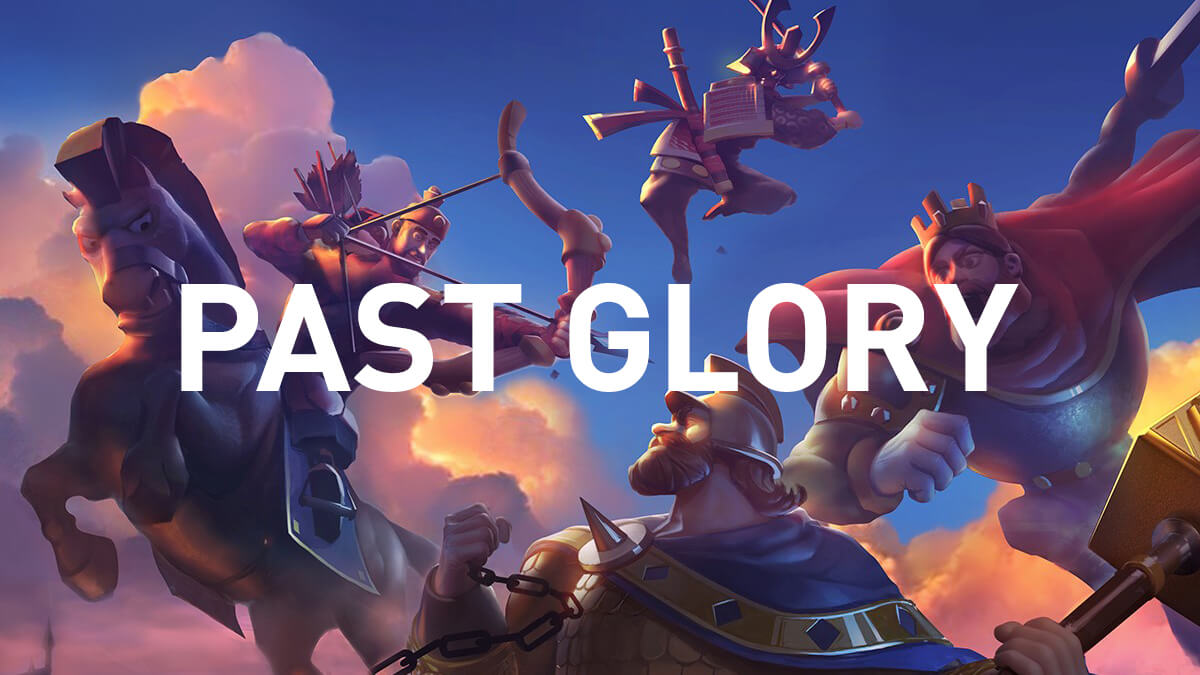 What is Past Glory Event? 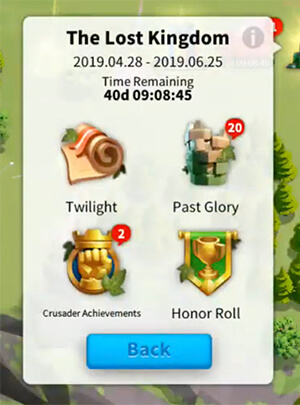 Past Glory is a new multi-stage event, which is only available in The Lost Kingdom map.

Participate in the “Past Glory” event to earn rebuilding points. Once the rebuilding progress bar reaches 100%, the current stage will end and the next stage will begin.

You can access to the Past Glory section directly right at The Lost Kingdom menu.

The forefathers of civilization launched their Last Crusade in these lands, and were dealt a crushing defeat. Now their descendants have returned to rebuild the ancient crusader fortresses and restore their past glory. 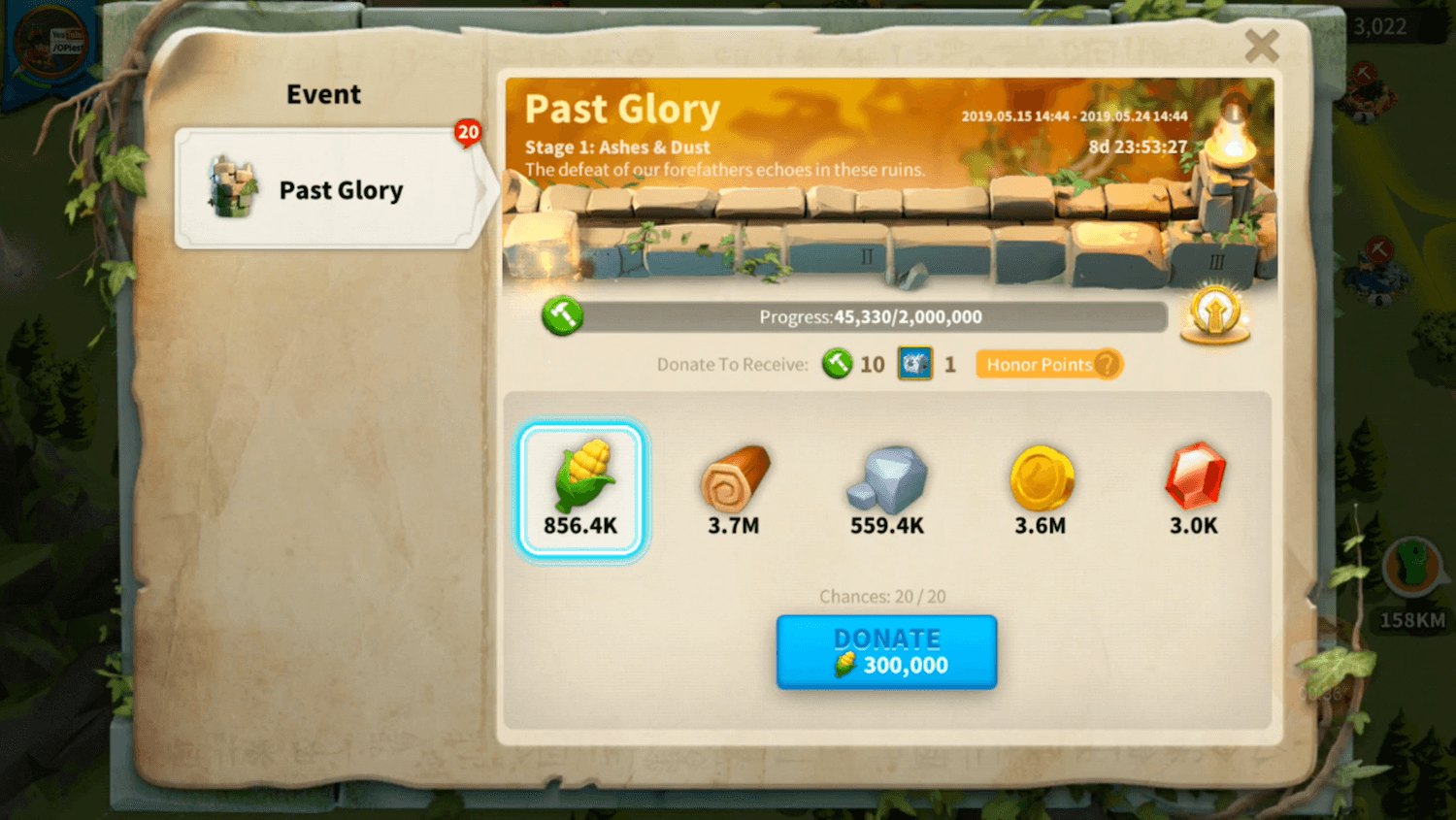 The defeat of our forefathers’ echoes in these ruins.

Soon a towering fortress will be constructed upon these dust-covered ruins, and we will being our conquest of these forgotten lands. 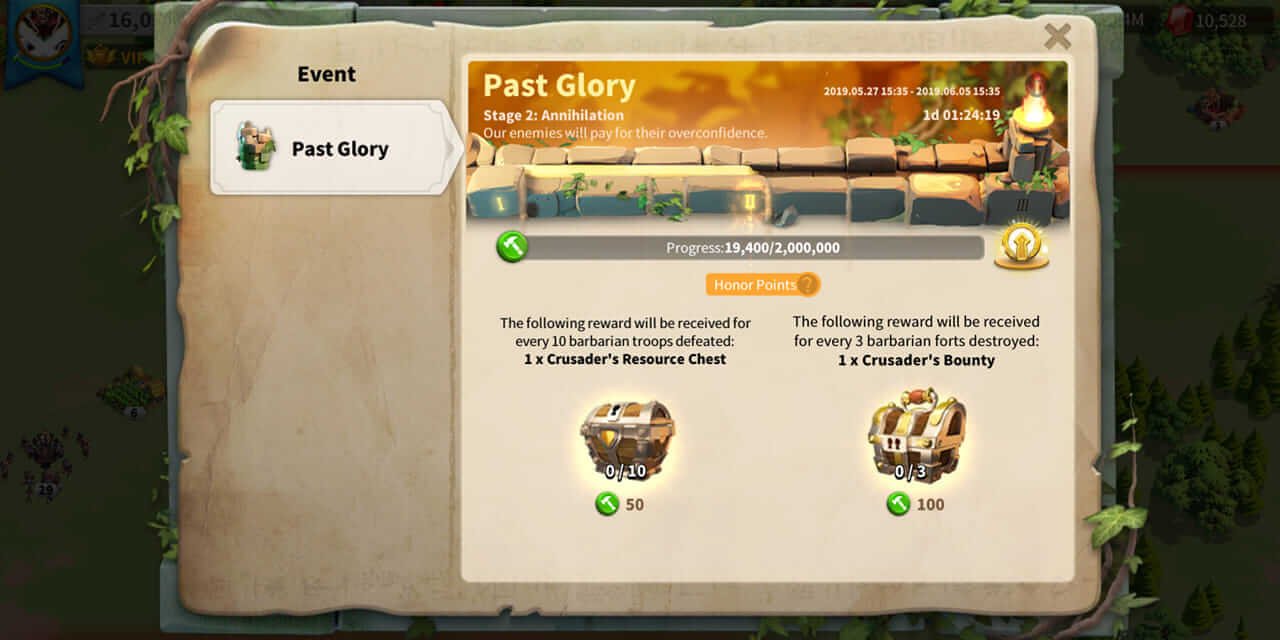 Our enemies will pay for their overconfidence.

During the Stage 2, players need to spend action points to defeat Barbarians and Barbarian Forts in order to get the rebuilding points for the Kingdom as well as the Chest Rewards.

There are 2 kinds of rewards:

So if you guys want to maximize your action points, defeating Barbarian Fort is probably the best way.

If you defeat three Barbarian Forts with 140 action points each time by using a Peacekeeper Commander who can reduce the action points.

So it is more worth it to defeat Barbarian Forts than defeating barbarians in this Past Glory Stage.

So, based your needs, choose the correct targets to farm! Most of the time, you want to farm the Barbarian Forts.

What we do here today will go down in history…

During the Past Glory Stage 3, players can donate the unused hero Sculptures to get Rebuilding Points and Heroic Coins.

The Heroic Coins can be used to exchange for various valuable items: 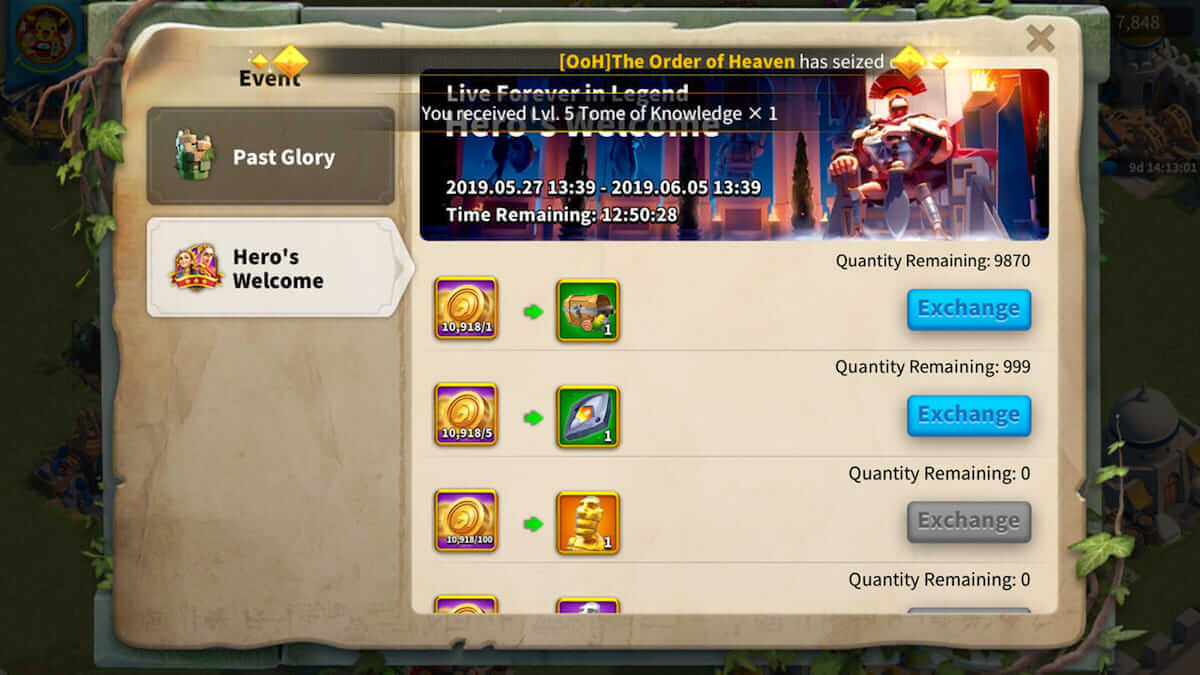 In order to have a good preparation for the Stage 3, go to the Expedition Store and purchase all of the Featured Epic Sculptures you can get from there every day.

Upon completion of this stage, all governors from this home kingdom will receive a special buff – Glory:

Upon completion of this stage, all governors from this home kingdom will receive a special buff – Mercy: