Open Rise of Kingdoms now to get Mulan for free via the event menu “Legendary Heroine”. The event is only available for 14 days.

She will be available in the Tavern Chests after 7 days from the release. 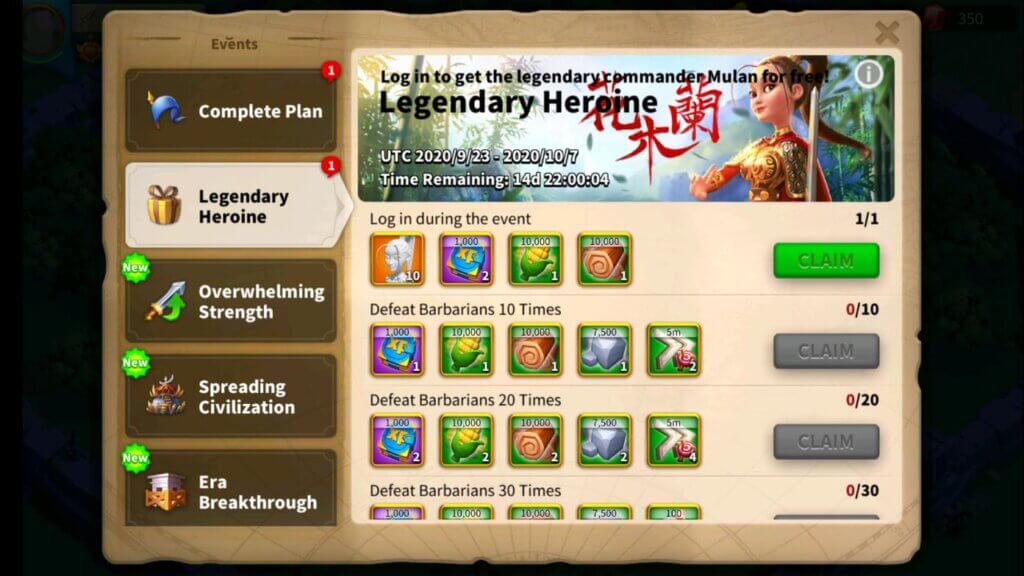 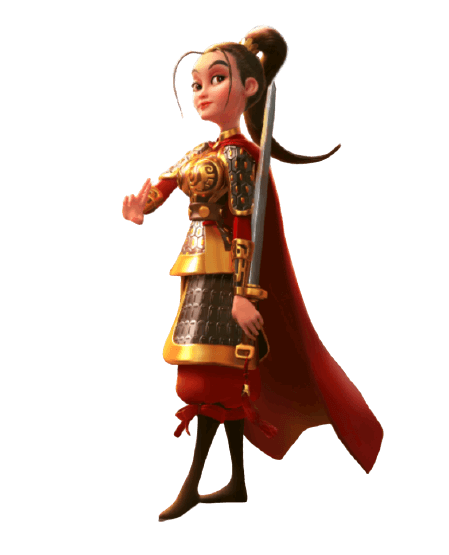 Important: For PVP we don’t recommend Mulan as a primary commander, she is not effective, her “Peacekeeping“, “Support” and “Integration” talents are inefficient in PVP, Mulan is a Secondary commander.

“Filial Piety” (active skill) buffs all types of units under her command, it even benefits in a circular radius any companion that is within it, attack, defense, and health. They will be the main statistics that we can receive from this skill in a tremendous percentage (15% without Expertise, with Expertise 20%). It also increases March speed by 25% without expertise, with expertise 30%. One of the best skills in the game for troop support in the open-field.

As a Warrior in the open-field, “Be a” MAN “will be one of her most important skills. It increases the damage reduction she takes while surrounded by 5% and in turn the counterattack has a 20% chance of reducing the rage of Mulan’s objective. This is an essential skill for PVP combats where Mulan could be targeted by the by multiple enemies.

Talents in a possible Build such as “Hasty Departure“, “Defense Formation” or “Charge” are seen as unnecessary.

Mulan will not be a recommended commander to flee from fights, or to chase, much less use Siege units in combat and these There are some improvements that these talents offer that require developing to reach other more important ones.

Her specialty by skills is the support of any type of unit and although “Integration” has some talents that provide a strong buff to its units, it will not be a good idea to use it as a primary commander for PVP because of these same talents.

Conclusion: Thanks to her different talent specialties little used in PVP and her great skill “One-of-a-kind General“, Mulan is impressive for PVP as a Secondary commander, we should not use her as a Primary commander. 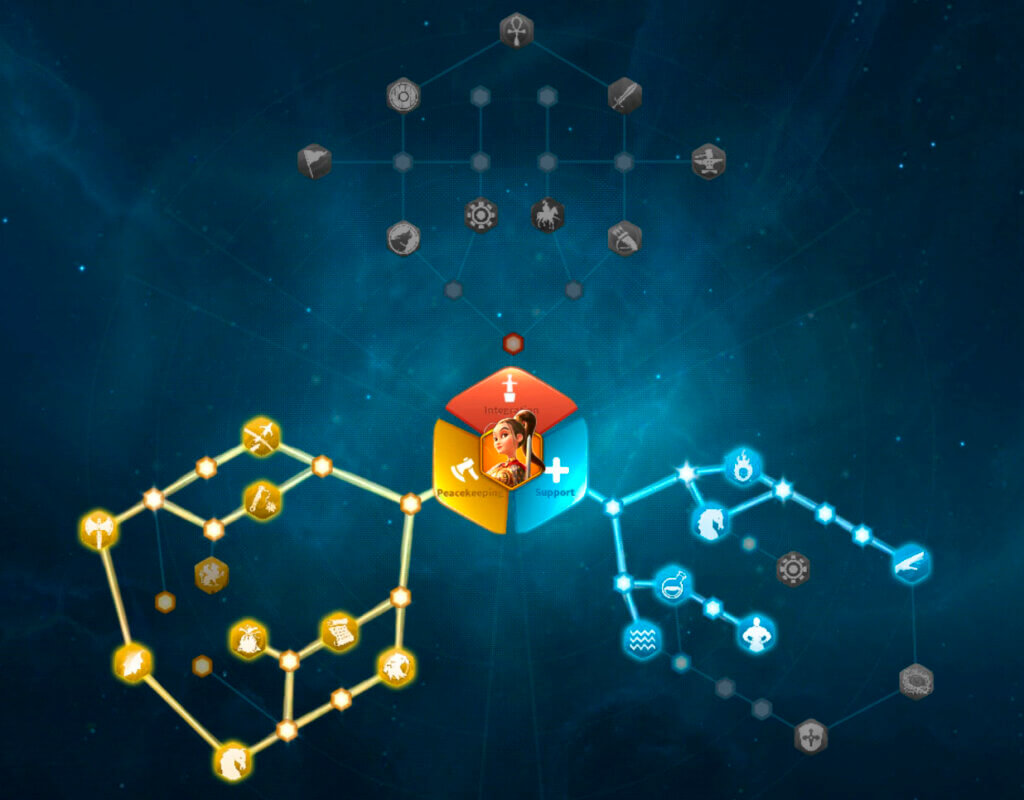 Mulan as a primary commander for PVE is very great, thanks to her “Peacekeeping” talents that make her an excellent fighter against Barbarians and neutral units.

“Khan Slayer” is her main PVE skill. It increases the experience gain obtained by both commanders by 95%, which is incredible.

Mulan is an excellent warrior against neutral units.

If we decide to use her as the primary commander, this will be her main Build with which we can quickly defeat barbarians and other units, the resistance and durability of her troops are incredible and none of these enemies will make her back down.

All these Rise of Kingdoms commanders together with Mulan will occupy the position of Primary.

Many others will also be effective! Thanks to the support skills of Mulan, Archer or Cavalry commanders of greater damage such as Genghis Khan, Yi Seong-Gye, Edward of Woodstock, Guan Yu, William I, etc. will be also very great when coupling with her.

However, we don’t include them because the ones above works much better than commanders of the same type and abilities.

These commanders that we recommend are the ones that apply the greatest buff and debuff in battles as well as resistance, so together with Mulan, they will be very effective for the open field.

By not using Mulan as a primary for PVP, the equipment will be unnecessary. However, we leave the recommended equipment for any PVE task even with the use of mixed troops.