March of the Ages (Season of Conquest)

This is everything you want to know about the new KvK Season of Conquest chapter: March of the Ages in Rise of Kingdoms!

March of the Ages (Season of Conquest)

Conflict and war is not simply confined to the old clash of barbarism versus civilization. We fight to recover our ancestors’ legacy from the barbarians but know that wisdom, deception, and trickery come by more advanced civilization too. Thus we exercise the utmost caution in all affairs.

March of the Ages Features

While clearing fog, scouts may come upon bastions. A commander and their troops are stationed at each garrison. This season, there are a total of 13 commanders waiting for governors to discover them.

Complete quests from Bastion commanders to gain Favor with them, along with an increase in Crystal Mine work speed.

Governors will need to build and consume Foundation Stones to teleport rather than through teleportation items on the “March of the Ages” map.

Governors can build Foundation Stones near Ancient Pagodas under coalition control, allowing city teleportation to its location once completed.

Governors can attack Ancient Pagodas once adjacent to coalition territory. Pagodas grant a boost to cities within near enough a certain radius.

Governors can build Forward Camps in coalition territory and garrison a certain number of troops there to help out in times of battle. Forward Camps play a large strategic role on the “March of the Ages” map.

Marching orders can dispatch troops to a Forward Camp. Marching Orders accumulate over time and cannot be sped up.

The Supply Radius is an area centered around a Governor’s city or Forward Camps for garrisoned troops. Governors should try to limit their engagements to within the Supply Radius as much as possible to ensure troops can continue to deal full damage.

Derelict Passes, which cannot be attacked or traversed, are creative and strategic ways around wherever they appear.

March of the Ages Map 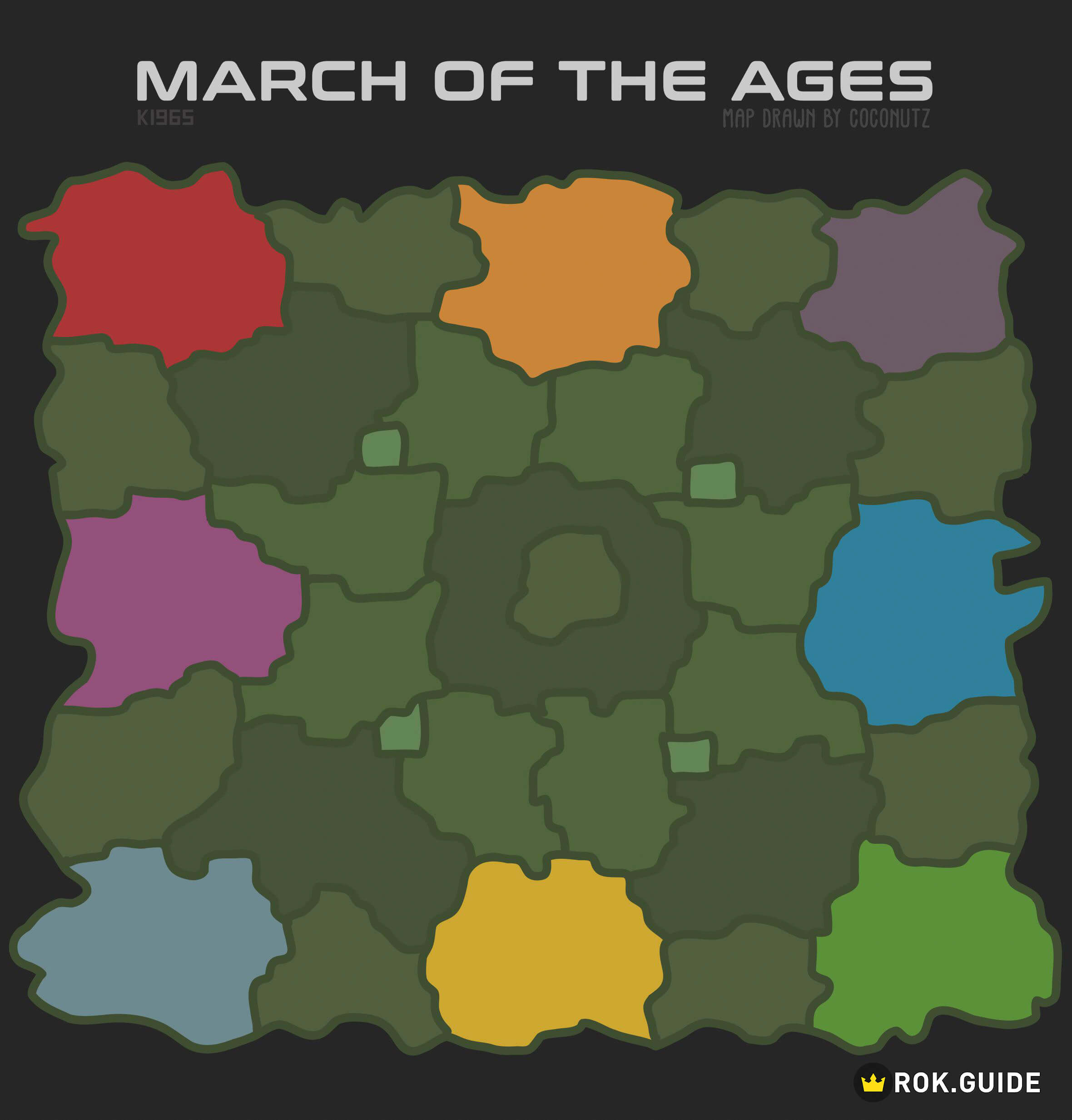 In the “Strife of the Eight” Story, governors will experience some brand-new game content.

During the “Strife of the Eight” Story, governors will rally their strength and do battle together.

During the “Strife of the Eight” Story, governors can exchange season coins and conquest coins for a wide variety of prizes!

In the “Strife of the Eight” Story, governors and their kingdoms will be grouped into different camps. Each camp must contain at least 1 kingdom. In order to guarantee balanced camps, the power of all kingdoms in each camp will be counted by the system, and these calculations will be used to arrange fair matchmaking!