In this guide, we will give you the best tips for defeating the highest level of boss in the Karuak Ceremony Event in Rise of Kingdoms and obtain a huge amount of rewards! 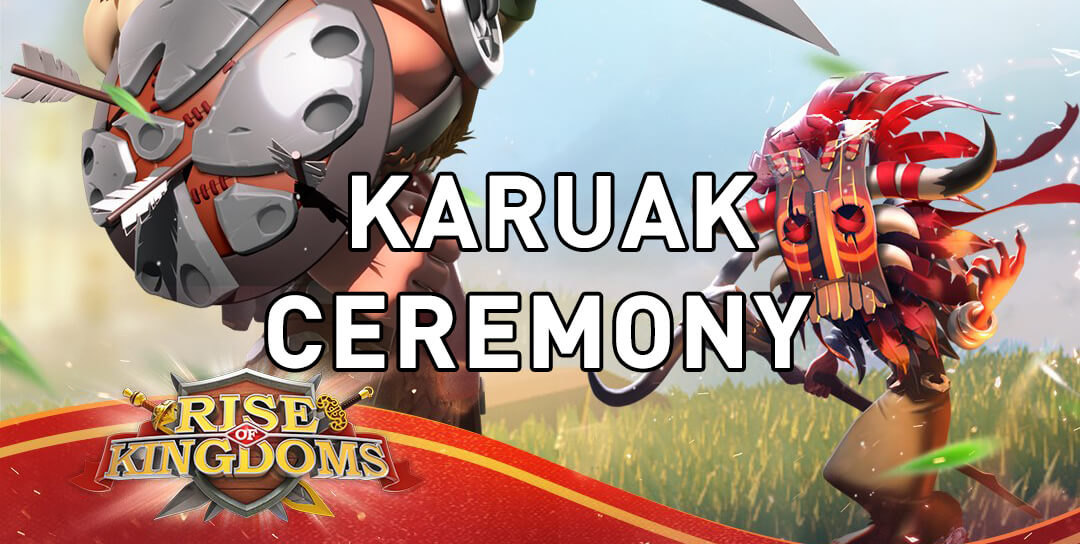 “The Karuak Ceremony” is one of the most varied and enjoyable events of Rise of Kingdoms due to the huge rewards and the forms of interactions it offers. During this event, players need to summon a challenger and keep defeating it for the rewards.

To F2P players, it is super important to achieve the highest possible level in Karuak to obtain the best rewards, including 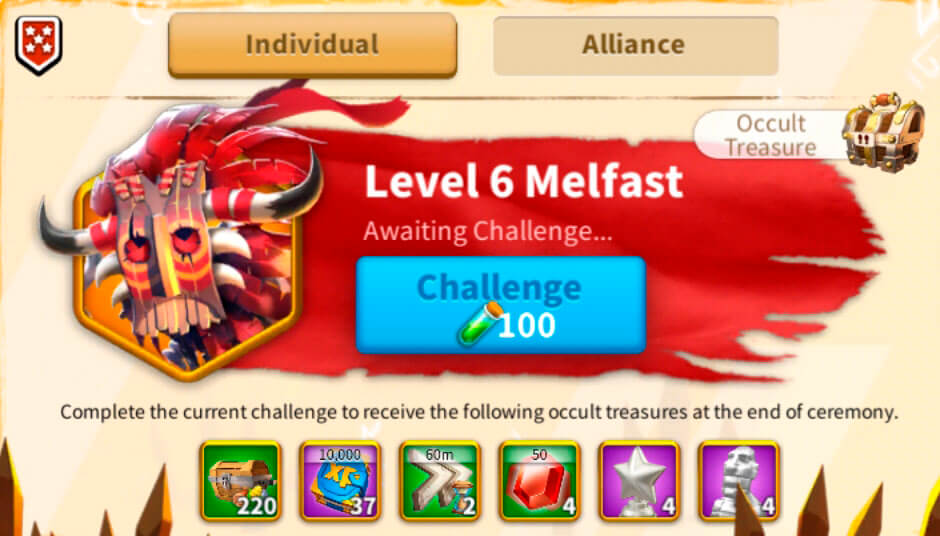 By choosing the difficulty of the event, you then will be able to summon 50 levels of the challenger and you will have to defeat them one by one. The target will become stronger after every time you defeat it.

The enemies provide a huge amount of experience to our commanders, a lot of more than what you can get from farming Barbarians.

Players can attack the target using with as many dispatches as possible. Also, as mentioned in the rules section, you can ask for helps or launch our own rally to the targets.

Every 10 levels, there will be an Elite Challenger, which is much stronger than the normal ones but they offer tons of rewards and commander EXP.

AP every time you summon the mob.

In addition, to attack the target, we also need to spend 50

AP for summoning the enemies. Therefore, it is important to reserve some AP for Karuak Ceremony or take advantage of the AP regeneration runes. 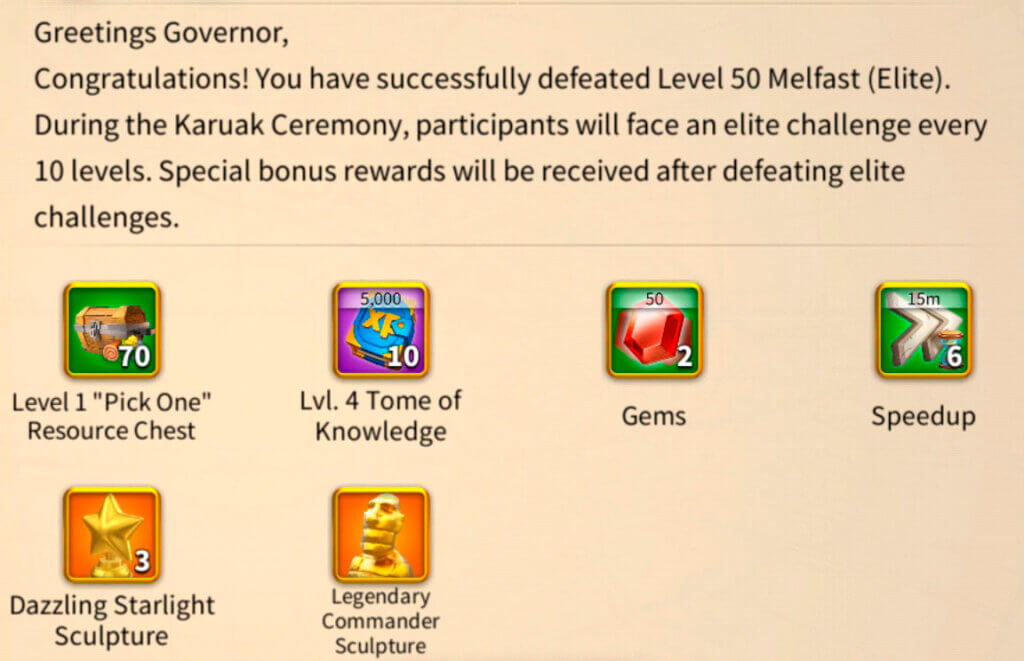 By overcoming individual levels of “The Karuak Ceremony“, players will unlock some event bosses that can be defeated by the Alliance members. They give other random and individual rewards for each member who participates in the attacks.

There are 5 bosses in total but we must meet some requirements!

Only the Alliance Leader and officers can summon each of these bosses near their city where all the members of the Alliance will be able to participate, each member can only hit the boss with only 1 dispatch.

The mechanics of the bosses are quite simple, we only need the participation of as many members as possible to defeat them.

The last two bosses Vodoo Priest Pache and Solon Por are the most difficult since they have healings.

Some have the debuffs that affect the enemies around them and regain strength whenever an army is defeated, therefore it is important to survive and keep some other armies close to exchange it for the wounded, never let your army die before any of these leaders, withdraw them in time and everyone will be able to win.

The rewards of each of these bosses are by probability, we will not always get what we want, but any of these probabilities is very good. Only members who participate in the attack will have a chance to win these great prizes.

“The Karuak Ceremony” is one of the best events for all players in Rise of Kingdoms, both are able to complete all levels and reach the best rewards without any problems.

Players just have to dedicate some effort, asking for help from our allies if you cannot defeat the enemies, and don’t forget to help your Alliance members nonstop because the amount of rewards you can get from this event is huge!