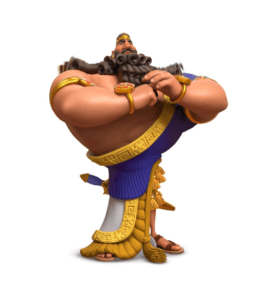 Other | Wrath of Ishtar

Gilagamesh arrives as one of the new meta commanders, specialized in leading archer units and characterized by attacking cities and garrison.

“Roar of the Tiger“, powerful active skill with great damage skill in addition to applying a strong debuff to the enemies, reducing their health by 30% for 3 seconds.

As a leader specialized in leading archer units, “Bowman of Uruk” increases the health of Archers by 30% in addition to increasing 20% damage dealt towards the enemies with less than 50% power.

Being a great conqueror, the skill “A King’s Right” increases the attack of the archers by 20% also applies a strong stack increasing all the damage it causes on cities and garrison.

“Enkidu’s Path” his last passive skill reduces the damage of normal attacks and applies a strong debuff to the enemies so that when they use any type of healing, they automatically get direct damage. This Skill is further improved by “Expertise: Demigod” increasing its damage reduction, the direct damage, and applying another strong debuff of damage skill increase to his enemy of 15%.

Gilgamesh is a conquering commander in Rise of Kingdoms, thanks to his talents and skills he becomes a powerful rival or ally when attacking cities or garrison, fearsome for any defense.

This build focuses his talents mainly on increasing statistics, buff, and debuff when attacking this type of structure, also combining it with his Skills talents that increase the damage of “Roar of the Tiger” in addition to reducing its rage. 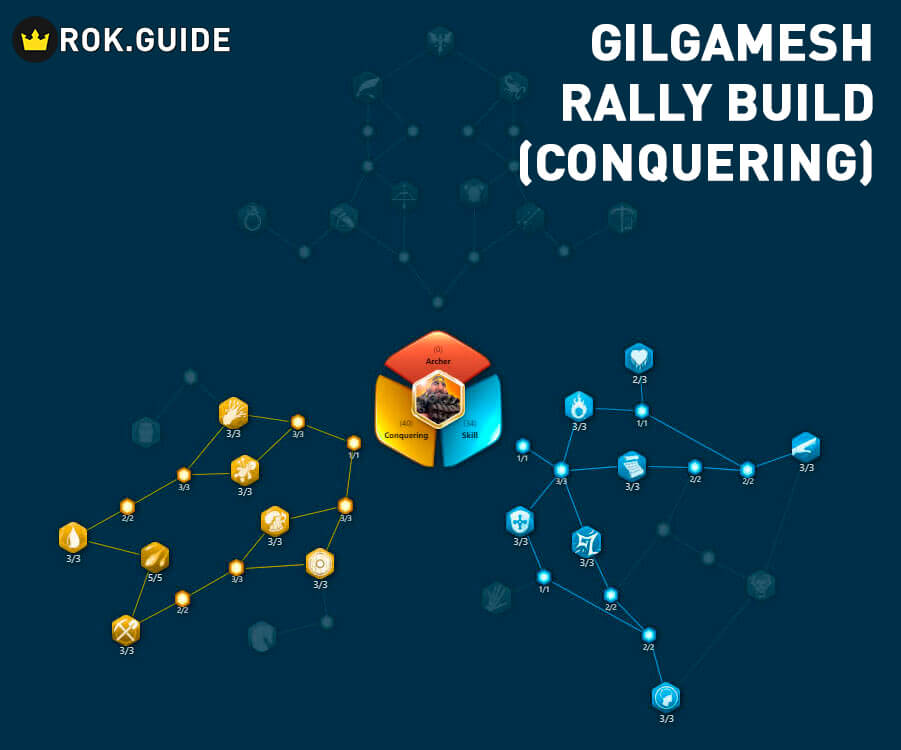 This build is effective for Open-field by removing the talents of “Conquering” and adding some of “Archer” and “Skill” we gain much more rage, attack and basic improvements for the troops that we can use perfectly in open-field combat.

Although ” A King’s Right” does not work for open-field, Gilgamesh is still a powerful commander capable of defeating any enemy in his path. 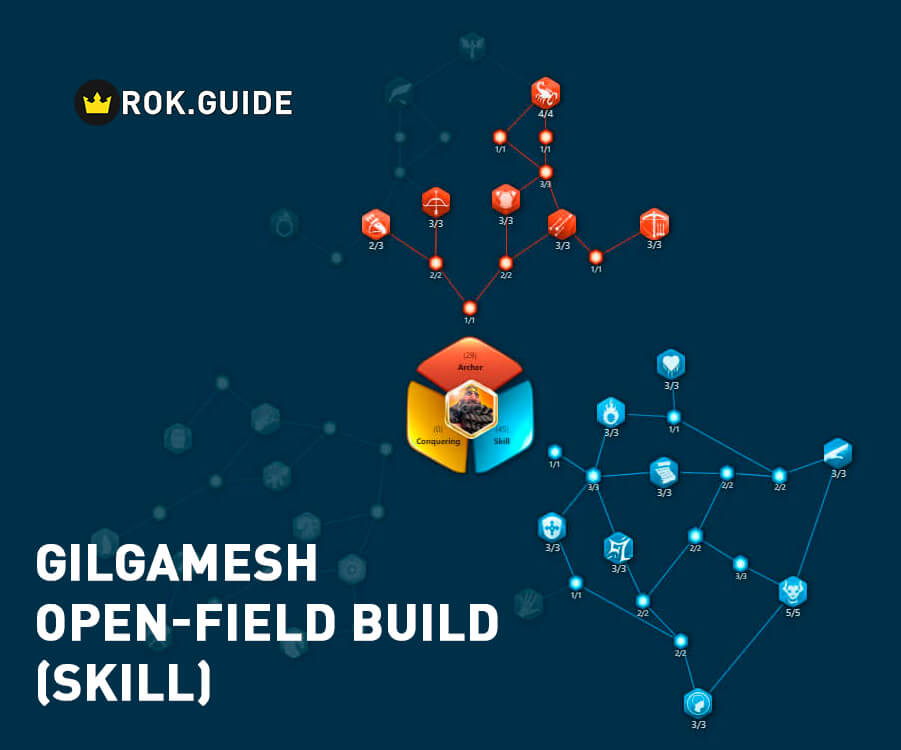 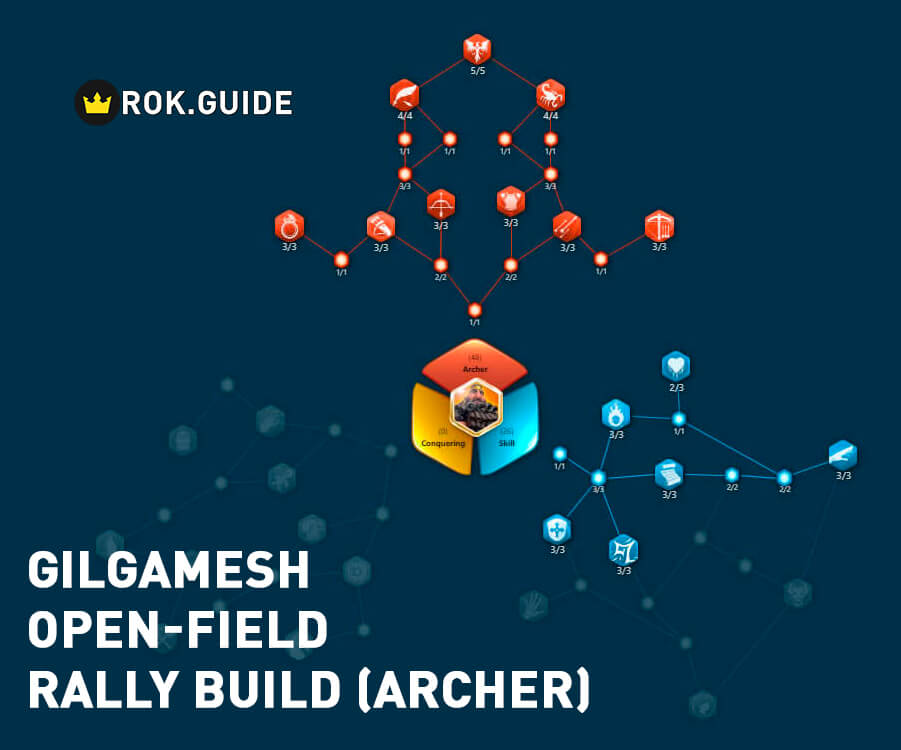