A simple guide for everyone to know Genghis Khan better! We will give you a basic understanding regarding his skills, best ways to use him, best talent build for him as well as the best secondary commanders to use with him! 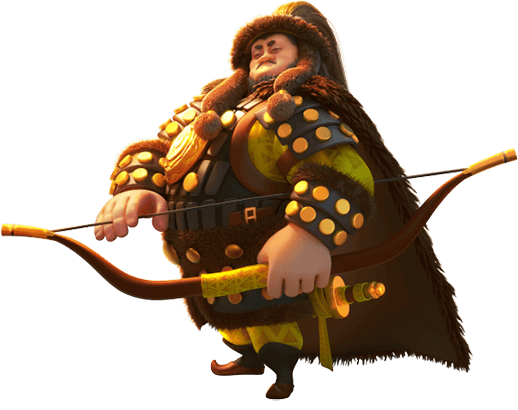 Very straight-forward skill with an insane amount of damage provided.

The key thing here is you can make the most of this skill by just keep coming in/out of the Flag/City Hall to heal up.

But if you are fighting on the battlefield for a long time, the fourth skill is going to help you out.

Let’s say there is a rally of full cavalry led by Genghis Khan. You do you want to swarm it? I highly suggest don’t swarm him. Because when the rally is hitting your flag and then you’re swarming, Genghis Khan is going to increase a lot more damage.

Once he gets into that last 50% strength, you’d want to back off because he’s going to restore that rage so quickly and it’s going to inflict you a lot of damages because of his high damage first skill.  Even at the reduced troops, it’s still a massive damage factor now

The expertise skill for Genghis Khan is basically is going to grant a 30% chance that the Chosen One skill can be used again instantly.

We talked about Genghis Khan reducing his own marching speed we’re gonna supplement that by adding the marching speed with March Speed (Cavalry) & Equestrian Excellence.

If you’re playing a Cavalry commander, you want to have to maximize marching speed bonus.

We’re adding this Undying Fury as well because we want to increase the Range Restoration for Genghis Khan so he can cast that active skill more frequently. We’re not going to Feral Nature, Rallying Cry as there’s really no benefit. 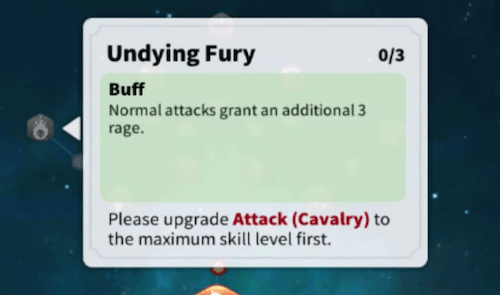 You can either decide on getting into the Cavalry first and then get that moving speed. It really depends on what your approach is going to be. I don’t want to tell you where you should go at the beginning. Every single person will have a different approach and I don’t want to take that away from you guys.

Healing factor allows you to sustain in the battlefield and also he has that active skill which increases direct damage factor and additional damage factor as well. He also offers rage restoration.

You can use Pelagius if you want to build a little bit more tanky army with healing ability and a bit more DPS.

The best option for you if you’re looking to slow down the enemy, you might want to use Baibars because of his marching speed reduction. If you’re going to rally a city you can use this as well because he is a conquering commander

He has a healing factor as well but it is very different comparing to Pelagius. The healing factor he has here is going to be after the battlefield. He increases the marching speed as well.

Attack reduction + Defense reduction, these debuff to the enemy is already very good because it’s going to help you in terms of defeating them.

He also increases the Cavalry’s defense by up to 30% and increases marching speed by 15% upon leaving a battle.

So the way you want to play him with Genghis Khan is that you can just defeat an enemy right away, get your troops back and then come back in. But if you’re looking to fight a little bit longer, you might want to go for Pelagius. If you just hit and run you might want to use Belisarius.

Minamoto is a good commander because of the damage factor he has. Super strong DPS commander that helps you finish the enemies a lot faster.

He also so has the chance to increase damage taken by the target by 30% so if you’re looking for really DPS.

If you’re looking into more of a tanky build, slowing down enemies, being more versatile

He reduces the enemy’s attack and then in terms you’re actually defeating them a lot faster, Cao Cao has a very impressive damage factor.

He offers a great marching speed reduction here. If you’re chasing somebody, this is probably a very good option.

He also has a healing factor and rage restoration. If you want to increase your rage restoration, you may want to use Cao Cao so that you can cast active skill a lot faster.

The healing factor here is really good because when you’re down to 50% of strength, you want to maintain that to have the buff.  Keep healing with Cao Cao and you’re going to inflate a lot more damages to the enemy.