This article is for the players in Rise of Kingdoms who are looking for the best Garrison Commanders and pairings to invest. If you get into kingdoms where it might be tough coping up with the huge power difference, you will absolutely find this article helpful. 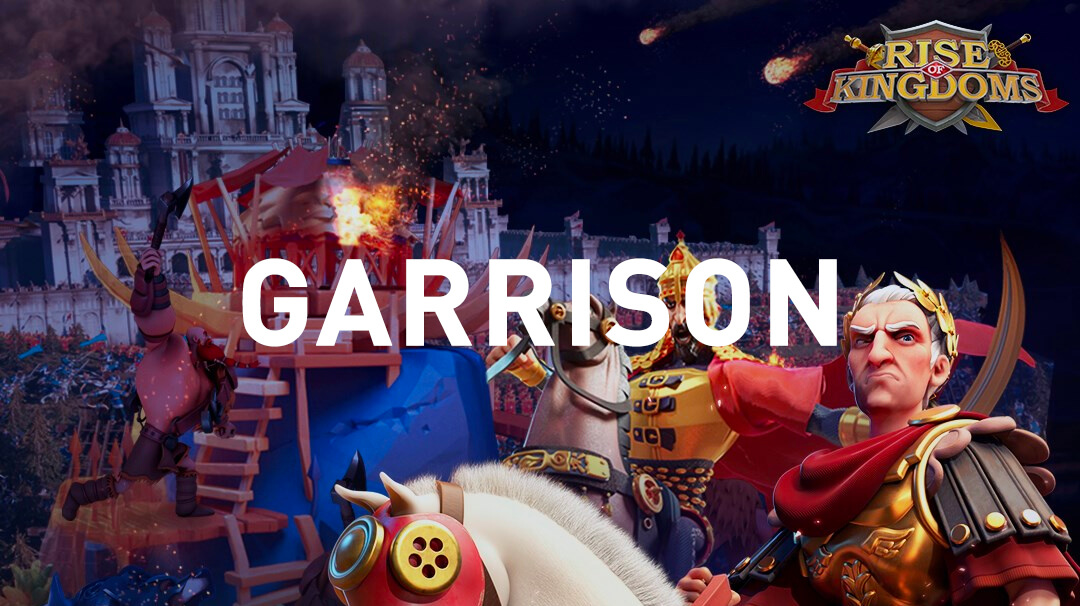 One of the most asked questions is:

Sun Tzu is still viable as a primary commander in-game?

For me, personally, the answer remains yes.

Sun Tzu is still a very capable commander, a perfect option for the F2Ps. With

Theodora coming in as the f2p version of

In the early days of ROK, the main choices for garrison primaries were

Charles Martel + Richard I (historically Richard the Lionheart), and Sun Tzu. With anti-healing commanders like Saladin coming into the game, Richard was pushed away from the frontlines into the dredges of forgotten commanders.

That is until JWM2 showcased in Osiris league how

Caesar could tank quite a few of the newer commanders.

What became the newest defensive meta, nevertheless was the archer combo of

This was mainly because of the fact that experiments portrayed perfectly, the capability of Artemisia to counter Attila Takeda rallies, the newest P2W offensive meta.

However, the attackers were not stumped for long.

They figured out that, while Artemisia was the perfect counter to Attila, she could easily be beaten with more conventional rally combinations like

Alexander Martel for infantry, or

The defense meta then shifted to more conventional combinations like

Lately, there had been a new quirky combination of

Matilda for siege defense, something which is worth giving a proper chance in desperate situations like the last flags in KvK.

Whoa, I almost forgot. Wu Zetian has for some time, been a prominent defensive meta against

Attila as well as Edward Tomyris. Her best virtue is the fact that she caters to mixed troop defense, often the last resort for cornered kingdoms being routed out of King’s Land.

Some older kingdoms have also experimented with

Wu Zetian Caesar in the Ark, but by far,

Constantine is very good at defense as a secondary commander.

Most are skill damage commanders.

Here, the support tree of Constantine comes into effect.

Emergency Protection both are fabulously effective in reducing skill damage of attacking commanders. This trumps out most skill damaging rally leads like

Who are not active skill damage commanders and are based on normal attack damage. Constantine has two trump cards for them.

1. His support tree has the talent

Rejuvenate which is basically a proper rage engine. Imagine if it is a

2. His first skill “Edict of Milan” decreases the enemy attack by 40% and increases troop damage reduction of not only the garrison but also the surrounding armies by 10%.

Now, this is particularly effective against

Attila Takeda because they focus on the normal attack.

Now suppose you have a counter-rally of

Hannibal/Aethelfled debuffing the Attila Takeda rally. At that point, Constantine will buff not only the garrison but also the debuffing rally/armies.

Moreover, his 2nd skill “Allegiance” gives 40% health to infantry, which as infantry players know is fabulous for defense.

For the newer players, I would recommend going for YSG and then immediately Constantine as he is a versatile commander for defending your city as well as any structure.

If you have read so far in the blog, you are lucky, because I will now introduce an epic commander that cannot substitute Constantine but will be every bit a bang for the buck for f2p players.

His 1st skill “Art of War” is an area-of-effect damage skill that can hit 3 targets (5 targets when expertised) within a fan-shaped area. It also generates 50 rages for each target. Now if you can hit 5 targets, that means 1/4th of your rage bar filled instantly.

In addition, his 2nd skill increases troop damage reduction in garrison by 7%.

Now, these skills place this commander in a very interesting position.

If you want a damaging garrison, one that will eat up enemy troops for breakfast, Sun Tzu can be paired with any commander that focuses on skill damage, like Alexander, Mehmed, Freddy, Osman, Edward, or Cao Cao. Even Boudica is a good combo for damaging armies with Sun Tzu in the early game.

This makes Sun Tzu not only a good defensive commander but also a great rally leader.

This makes Sun Tzu a proper defensive as well as offensive meta.

What makes it better is his skill talent tree.

Since he is in the offense, a skill damage maestro in AOE, the skill tree gives an essential boost to his merics in defense as well as in offense.

The Sun Tzu Martel combo is especially lucrative because it boosts infantry health like anything. All infantry players know how essential health is for infantry on the battlefield.

Even now, in the age of Chandragupta Maurya and other new commanders, Sun Tzu does pack a good punch as an early game tank that spews fire, as well as a late-game aoe rage engine.

Even most t5 players focusing on infantry have their last march as Sun Tzu/ Eulji. Sun Tzu has always been the F2P strength in the game, due to his expertise as an infantry primary.

She has no damage skill, her combat mechanics are based on the constant healing to the troops and the application of defensive buff makes Zenobia a powerful defender of garrisons.

In addition to leading this type of structure, she increases the attack of all units so that they can cause greater damage to the attacker, Zenobia constantly and perfectly applies improvements to her troops.

Theodora is a great commander to defend garrisons!

She has a damage skill that affects a maximum of 5 targets in AOE Although the skill damage does not cause much impact, she applies a strong debuff to the enemies that further increases the damage dealing towards them.

Furthermore, she decreases the attack of any enemy while she leads the structure, at the same time increases her troop damage.

Theodora is perfect when defending garrisons with the special combat style, thanks to her skills and talents.

Commander specialized in the defense of Garrisons, capable of leading any type of unit since the use of mixed troops is his strength.

YSS has a unique combat style in Rise of Kingdoms, since his damage skill has two forms of use, for open-field and for when he leads garrisons, his damage is transformed into AOE.

As long as YSS leads the garrison defense, he will constantly apply strong defensive buffs to his troops, making them a complete impenetrable defense.

A commander specialized at leading garrison of any kind.

Wu Zetian has excellent skill damage and healing factor. She is a commander with great defense, especially damage reduction and increases the attack impact on her enemy when leading garrisons.

She also excels at leading mixed troops, which is perfect for defending garrison when people sending different kinds of units.

A great infantry leader and made for PVP battles, especially leading Garrisons.

Constantine is one of the most defensive commanders in Rise of Kingdoms. His garrison leading is almost perfectly, thanks to his absolute defense and great healing factor.

The infantry is his main unit, so it is always important to use Constantine for leading infantry in fundamental KVK structures such as Fortresses and Flags, making it a robust defense. He has very defensive talents and skills for garrisons.

Why choose Constantine I?

This is why most new players who want to fight their way up, are advised to start with civilization China so that they can get Sun Tzu at the beginning of the game.

Most of these are only designed for this specific task and it is one of the most important in Rise of Kingdoms due to its role in PVP combats or events such as “Ark of Osiris“, where we must defend by all cost.

Hope this blog was interesting and informative for you. Keep a lookout for more articles incoming on defensive strategies in KVK and in daily life as a ROK player.