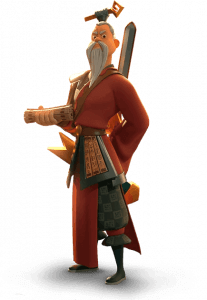 Why Sun Tzu is one of the best Epic Commanders?

He does 600 damage in total. He also can grant up to 150 rage at once which is extremely awesome.

Regenerating Rage quickly is a must for all nuker, or skill damaged commanders like Sun Tzu, Minamoto, YSG, etc. You will be more effective on the battlefield, dealing more damage.

The expertise increases the direct damage of the first skill to 800 and up to 5 targets. Extra damage factor which gets bumped up to 200.

This skill is enough to make him one of the best Epic commanders in the game so far.

This skill usually gets overlooked because it looks not really good but it’s actually very unique! It’s very well-suited for PvP.

The damage taken reduced is not troop-specific, regardless of your army type, you’ll always get that 10% damage reduction. That’s a pretty big deal.

For Infantry units, it’s even more effective because infantry is going to even tankier, getting 2 buffs at once.

Remember that this skill applies not only to Sun Tzu but also to the secondary commander. You can’t go wrong with that any time.

You want to couple him with nukers. Anybody that does not have the direct skill damage on their primary skill won’t get this perk.

Now, if you just want to use him as the secondary commander, you don’t have to level up him past 4⭐. Otherwise, max him out is total fine.

YSG: This combo gives you one of the best AoE combos in the game, just right after the YSG + Mehmed combo. However, this combo is not too much tanky so you want to move a lot while using it in the openfield. You can use archer or mixed troops for this combo. Either Sun Tzu or YSG can be the primary commander!

Charles as your secondary commander. You’re not gonna kill things as fast but you will get tons of HP and cannot die easily unless you get swarmed by 10+ armies. Even if they have only the first skill maxed, it’s more than enough to couple them up. They are devastating.

Hanibal Barca: He helps your army much tankier and also boosts your troop count so we’re, providing a punching bag full of infantry, which is super tanky, having AoE, debuffing and high direct damaging troops. Julius Caesar is also a great placement for Hannibal If you don’t have him.

Frederick is an interesting option. He’s got the additional damage factor, healing factors, extra troops and possible to be obtained by free to play players eventually.

Scipio is a great F2P option here. You will some healing factors, AoE damage counter-attack tackiness, troop capacity buffs. All of these are always must-have for Infantry armies.

Eulji: He has defense reduction and infantry buff.