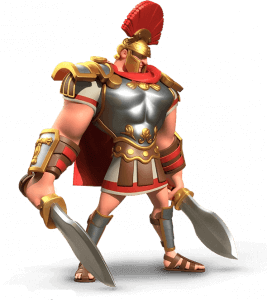 For 5 seconds you reduce the damage taken by troops (when the troops attack, not skill damage) by 25%. This is very significant, especially considering this is a general commander. This skill applies on all types of troops.

This is really good when it comes to having an infantry commander coupling with him.

Overall, this is one that we definitely talk about whenever we want to pair this guy up with anybody in particular.

Again this is a pretty nice skill but it’s a random fire.

The skill requires you to be at less than 40% troop health to be triggered, which is never great unless you’re more than what your opponent is. That’s not gonna help you out too much in general.

Pretty good skill overall but not the greatest, not the worst. It’s great but very situational.

There are legendary commanders like Mehmed and others that have a higher damage bonus and they also have a secondary perk to the skill as well. But for free-to-play players, this is actually really nice.

This is probably one of the most mentioned skills of the Scipio Africanus. 10% true capacity bonus.

Anytime you can bring more troops to the battlefield, that’s going to benefit you greatly.

That’s why those 50% army enhancement buffs are so powerful and so expensive. You really don’t have to have the best build, the best talents, the best skills, the best commanders the highest level tier troops if you have 50% more troops than your opponent.

This bumps up the second skill from 10% chances to 15% chances, not too much. 100% of extra attack is pretty good in a long battle, especially if you’re raiding a city that can stack up.

You really shouldn’t be using him as a primary commander for attacking other cities or objectives. You generally want to be using the person who has T5 troops & maxed out legendary commanders to raid other cities.

So, spending too many resources on unlocking his Expertise is not really worth it.

Firstly, I want to make it clear.

Leadership gives you some great perks and bonuses but I’m not a huge fan of the combination of leadership and attack when you can pair him up with an infantry style commander that can give you the infantry talent tree, which is far more effective than the leadership + attack combo.

So if you can get an infantry + attack combo like with a Eulji or Sun Tzu or Charles or Richard certainly, those are going to be much better off for you then leadership and attack.

This is possibly the best talent tree for Scipio Africanus so far.

I’ve tried to eliminate as many chances to trigger stuff as possible in favor of things that are going to happen all the time.

Martial Mastery is one that we want to go after. It increases normal attack damage by 6% but decreases active skill damage by 3% that’s at the base. You want to have it if you’re using a secondary commander that doesn’t use have a nuking skill. For instance, it’s Charles or Julius or something like that. 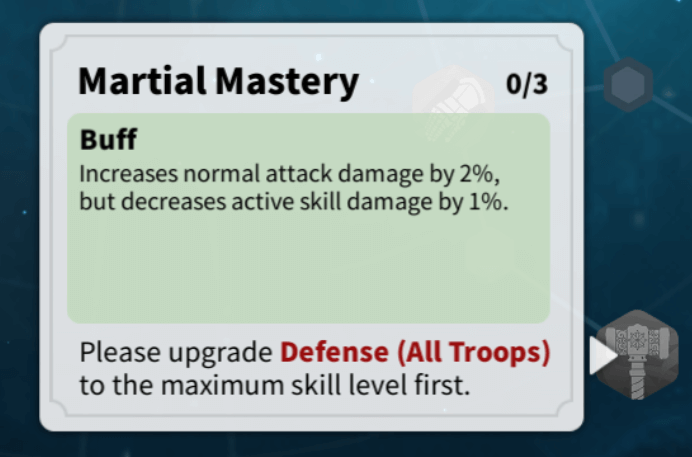 So 39 points go to the Leadership tree that gets you up to Strategic Prowess and Close Formation which are two very solid ones.

28 points go into the Attack talent tree. This gives you Effortless, which is one of the best skills in the attack path.

Lastly, 7 points go into the Conquering tree and the only reason I did that was to get the Moment of Triumph.At max level, it increases the damage by up to 9%, which is pretty substantial. 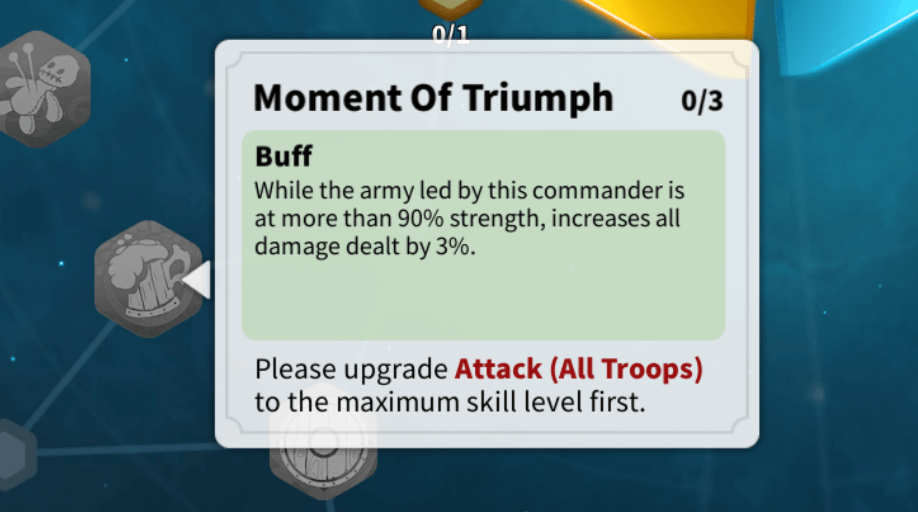 Again don’t recommend using Scipio Africanus as the primary commander, but if you’re going to do it anyway, this is the build that I would use.

Because he’s a general commander, you can pair him pretty much however you want. You don’t necessarily have to just follow these specific setups.

These are the ones that I recommend at most.