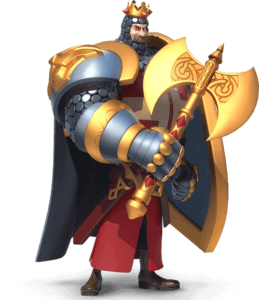 Make sure that you are putting 5 points into this skill before you move on!

This skill has a huge AoE that can hit up to 5 targets at once and apply the debuffs on them for 2 seconds. You will get a lot from the March speed Reduction + Damage Reduction.

Due to the huge Healing Factor, you want to give him Richard the proper talent tree to boost it even further. We will be able to allow Richard to heal up to 4300 Healing Factor every time he casts the first skill by using the talent trees below. Yes, you can bring back 4300 troops immediately. There’s no other skill like this in Rise of Kingdoms

You’re placing a debuff on the enemy that reduces their damage by 30%, this includes all damage coming out from the enemies.

The march speed reduction: Since Infantry is already very slow, you need to slow down the opponents as well so that you can target them easier. This ability makes Richard I become one of the best infantry commanders in the game.

Disclaimer: You want to max the first skill of almost all Commanders in the game first before working on the next ones.

The third skill adds a flat 15% attack and defense bonus to your troops if you are having an Infantry army.

A great skill to boost more damage & more defense, excellent for scaling up the army.

This is the other great benefit of using Richard I. Almost everything he’s got synergies together perfectly.

If you can increase the ability for that heal to bring back more troops by 30%, that’s just even better.

On top of that, once we go into the talent builds, we can get even more troops back by enhancing the healing effect.

If you’re using Richard to take down a city, you should be doing a full infantry rally and he is really good for that purpose. Watchtowers are seriously powerful, especially once they’re maxed out. You can reduce quite a bit of damage coming out from there when having, so pretty sweet

This is the expertise that a lot of people want to unlock just because it’s Richard and this is another passive that just keeps on stacking buffs.

So we’ve already got troop’s damage reduction by 15%. Now we’ve added another 5% reduction to all incoming damage, including skill damage or nuke.

Increasing damage dealt towards Cavalry units is what you always want to have while having a full infantry army. By the time that battle is done, you should be doing significant damage to almost any cavalry group out there.

The march speed decrease by 50% for 5s, that’s huge. As mentioned before, you are so slow (and if you’re Rome, Japan, or France, you’re even slower), you need target march speed reduction, a lot!

In addition, the first skill also has an additional march speed reduction by 15% for 2 seconds so these skills go back-to-back, that’s 7 seconds of reduced march speed in total. It’s incredible!  That’s what makes Richard I one of the best commanders in the game.

Straightforward & very simple talent build for Richard, but some different tweaks that make it a little different than the ones out there.

I have chosen to not take Elite Soldiers. It is solid that’s it takes so many points to get there and I wouldn’t be able to go get Medicinal Supplies, Spiked Armor and some other crucial perks.

With this build, we can have a full Medicinal Supplies, giving you up to 600 additional healing factor. Now we’re up to 2,000 healing factor and with that 30% healing effect enhancement, it’s even more effective.

In this talent build, I try to enhance the health and tankiness as much as possible on the infantry path.

I have got 2 March Speed Reductions in the skill line then spend the rest on health nodes because If they’re going to get away from you on infantry, there’s just no way around.

The main criteria that I got with all these are gonna be Testudo Formation and Medicinal Supplies on the defense tree and Hold The Line, which is a really good skill, it reduces the opponent’s damage by 20% for two seconds so, that’s huge.

So that’s the talent spec for open-field PvP!

With this build, a maxed-out Richard paired up with Charles this guy will last forever on the battle field. 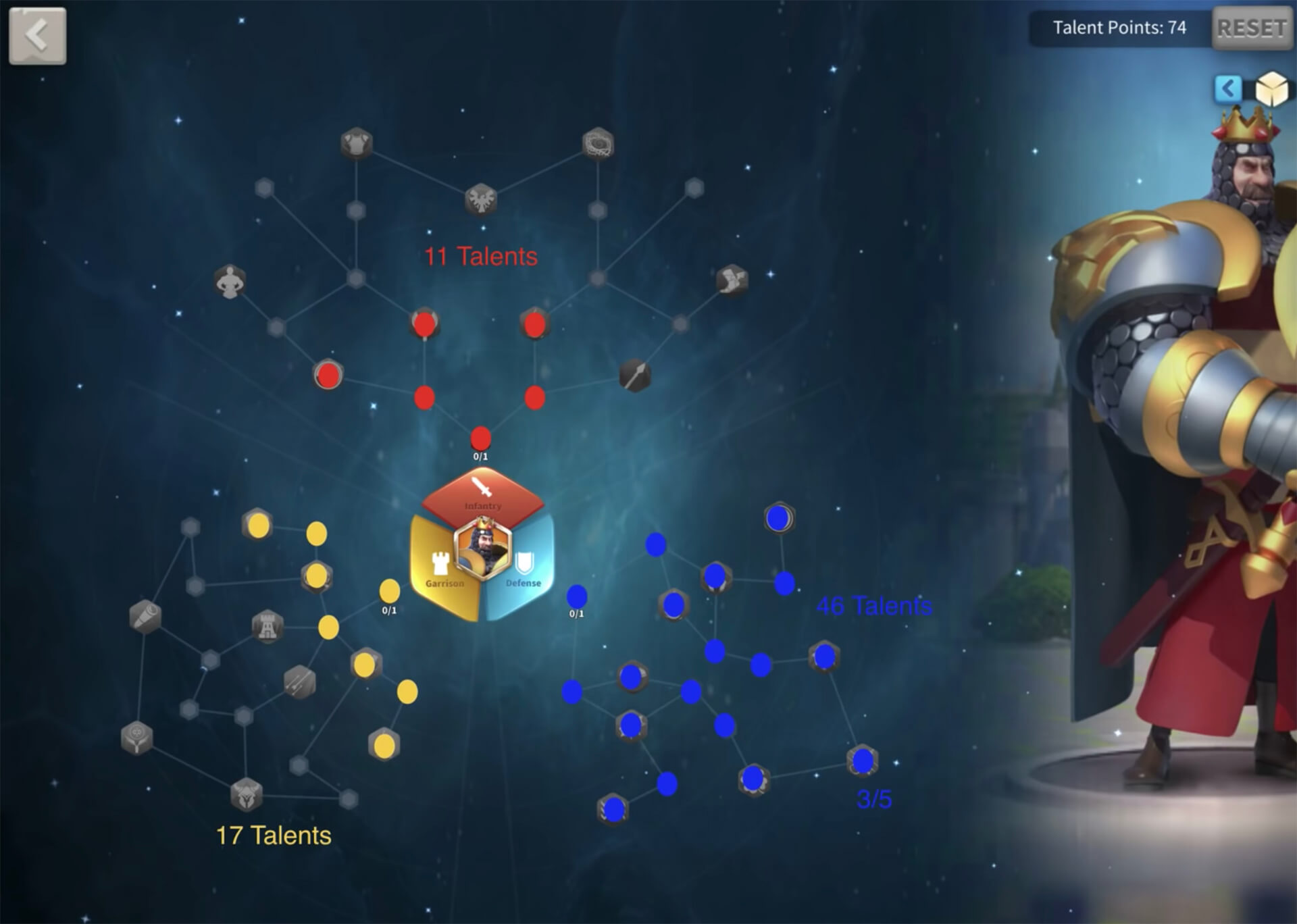 The reason I want to go so heavy into defense because, unless you’ve got full infantry, you need to prepare for reduction of damage for all troops.

On the garrison tree, I got the really critical stuff. I got the Nowhere To Turn that gives a rage regen whenever you get attacked. We also have Impregnable here, which gives a skill damage reduction.

On the infantry tree, we have Undying Fury, which is a rage regen talent.

Again. we have everything on the defense tree. all that’s good when you’re talking about defending a garrison of defending your city.

Richard is great for both PvP & PvE fights.

He is the best second to any Commander in the game for PvE. You want to pair them up with a healer to conserve Action Points.

So YSG, Sn Tzu, Baibars, Kusunoki are all good. Lohar is obviously an excellent choice as well.

So if you just need somebody to be able to double heal and help you stay out on the field forever while farming Barbarians, pick Richard I!