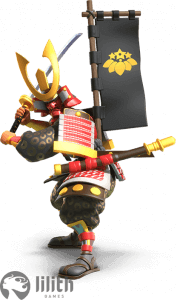 Why Minamoto no Yoshitsune is Great?

This is Minamoto’s main bread-and-butter skill. This is where most of his output damage comes from. It deals direct damage to one target, up to 2600 damage in total in 2 seconds.

Due to the 75% chance, in PvP, you tend to get this to proc a lot because the battles aren’t over in an instant so this is a very valuable skill.

This is an insane skill that makes Minamoto no Yoshitsune excellent for even Free-to-Play Players!

Obviously, if you’re going to get Minamoto, do not unlock him past the first skill until you get this skill to level 5.

Very standard skill but also very nice. 10% mark speed which is always good for cavalry and then another 20% attack bonus which is pretty insane. Ottoman civilization is definitely a good one to have if your main focus is cavalry nuking.

Defense and health can help but you really want to maximize what you’re good at in this game! So if you’re going cavalry, you want attack bonuses because
that directly affects the skill damage bonuses that you have in the game.

50% damage to Barbarians is actually very huge. So good for forts, barbarians, Keorak, bosses and all PvE contents. We can see that Minamoto seems to be very good at both PvP and PvE.

If you can get the skill to be triggered either from the primary or secondary commander in the pairing. 30 more damage bonus (including both skill and troop damage) is an insane bonus.

The damage is taken by the target, it’s not just based on your commander, so if you are attacking the target with multiple armies and this skill gets triggered, then you’ve got multiple skills propping on the target, this stacks with everything else that’s hitting the target. Super effective on the battlefield.

10 percent chance seems low, but you tend to be fighting for quite a while so this procs quite often.

Basically it increases the chance for the first skill from 50% to 75%, that’s a lot!

How should I use Minamoto?

You can use him in any cavalry dispactch.

– He is great as either primary commander or secondary commander.
– Great for nuking single target and raiding enemies farming resources.

You can use him in mixed troop dispatches as well. Both primary and secondary position are great.

During the early game and mid game, when you don’t have any great archer commander, you can use him as well. However, it’s better to use him as the secondary commander for an archer primary commander.

This talent tree is pretty well optimized. It’s excellent for attacking other players other cities, other objectives, and Ark of Osiris players on the open-field. You have almost every single march speed here.

I use this build with Saladin but it also does work well with almost other commanders.

Pay attention to the Latent Power talent, it boosts the damage of the additional damage.

Because Saladin does not have any additional damage, I only give Latent Power 1 point. But If your Secondary commander has a lot of additional damage like Pelagius, Frederick, Osman etc, you want to maximize this talent.

So, this is the best overall build that you can use in the open-field and not paring with commanders that have a lot of additional damage.

This is the hardcore, full nuking talent tree for Minamoto.

We still have the Emblazoned Shield here, which provides skill damage reduction. It’s like a must-have talent for any PvP build that you have on the battlefield for a cavalry commander.

We have Latent Power, the most nuking damage in the game. Pair him up with Frederick, Pelagius, Osman or any commander that has insane additional damage factor bonus.