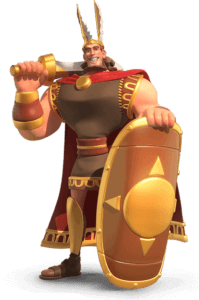 Hermann is an archer commander who specialized in open-field and garrison defense (not recommended for epic commander).

Hermann has a unique active skill in the game, “Ambush“, that deals damage, decreases the rage of his target, and silences target for 2 seconds (prevents the use of their active skills). (It is improved further by his “Expertise“).

Specialist in leading archer units, “Military Genius” is one of the most important passive skills of him increases the attack and march speed of his troops.

As a defender of the garrison, “Legend of Teutoburger” increases the attack of the Watchtower further.

“National Hero“, a passive skill for open-field, increases the damage of his troops while gaining the probability of increasing their rage.

Hermann combines his damage per skill plus the attack of his troops, achieving an incredible balance of DPS,.

He is a commander specialized in Open-field thanks to his unique combat mechanics and “Silence“.

Although he has talents and skills to garrison or defend cities, we do not recommend using them because of his little defense and resistance, in addition to being an epic commander, his statistics are much lower than Legendary commanders, who are excellent for this job. 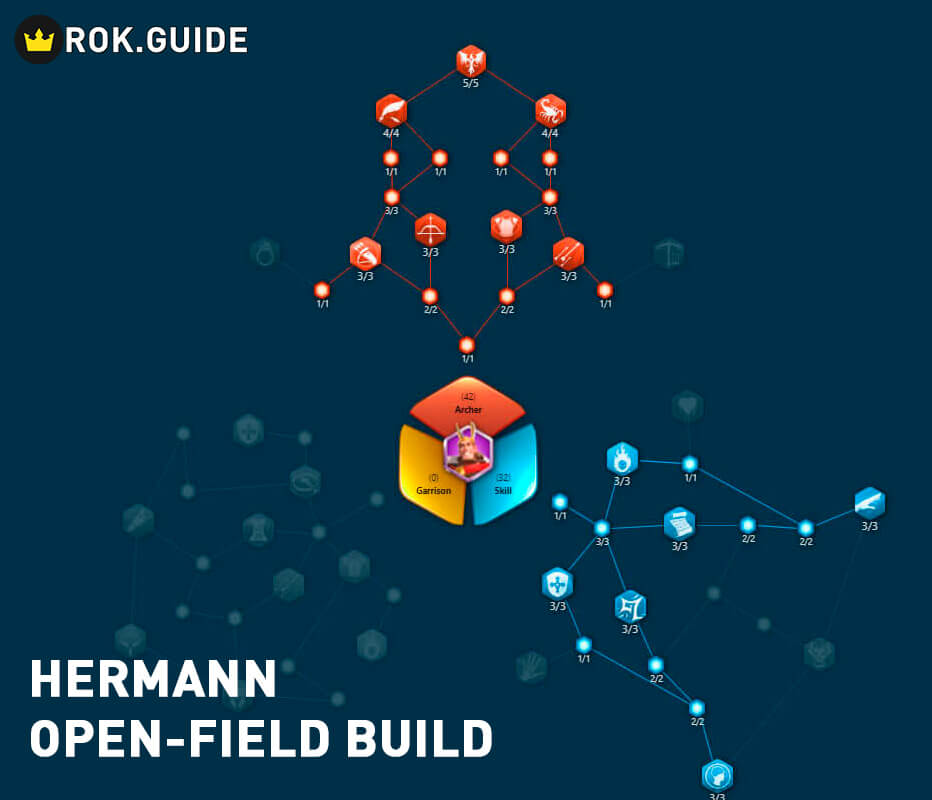