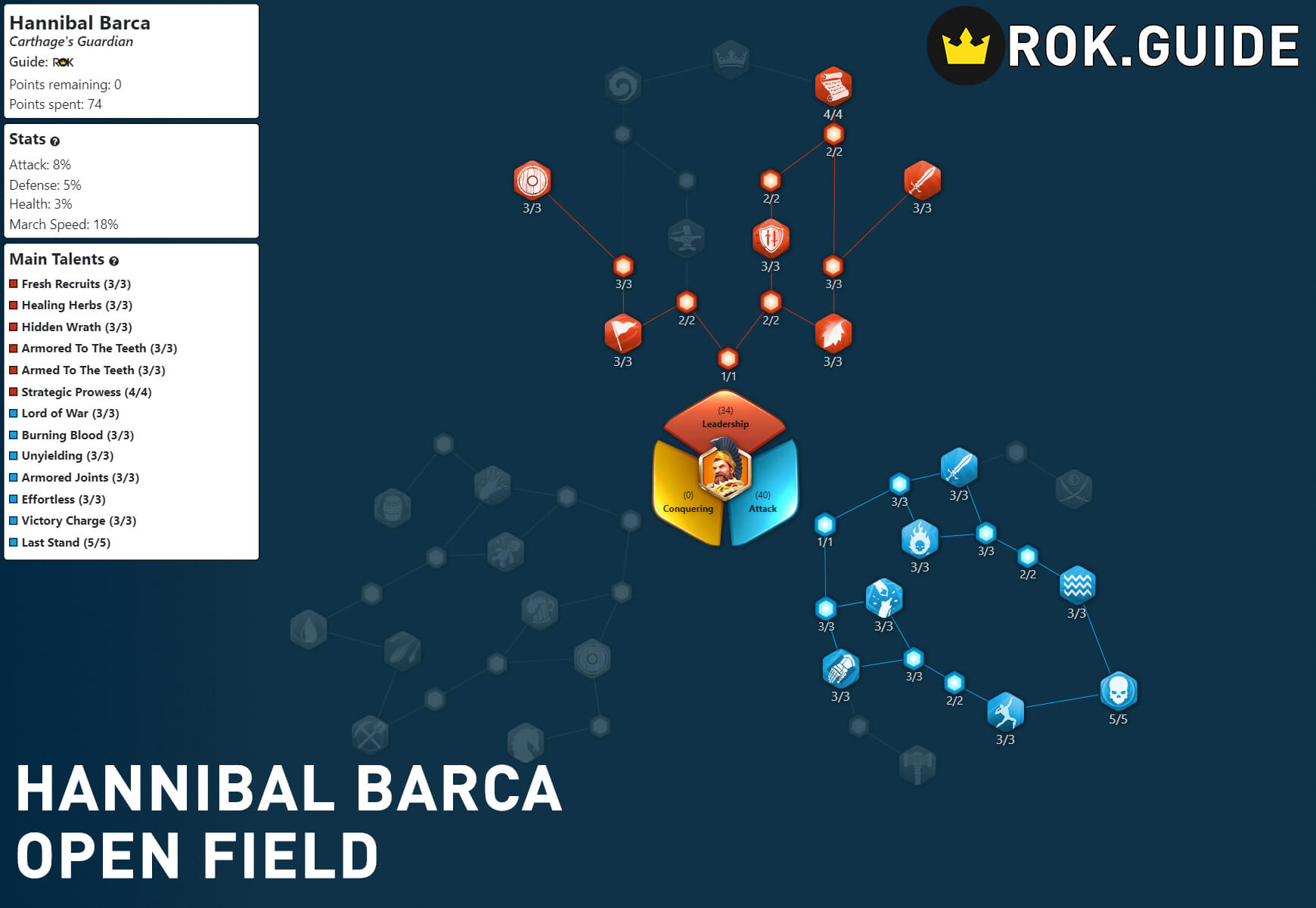 Open Field is one of the Hannibal builds to be used in Rise of Kingdom, this commander has strong skills that are accompanied by exquisite talents, each of them perfectly combined and create a true Guardian. It is important to note that in any of its Builds we must use mixed troops.

“War Elephants” is its active skill, a skill that does not have a very high damage, however, the damage is not its main weapon, the defense and attack reduction that this skill causes to our enemy is scary, it causes 25 % of both debuff during the next 5 seconds, in its final and last improvement of this skill it becomes an AOE damage skill that affects 3 enemies in turn in a fan shape, causes the same reduction effect in these but for 3 seconds this time. “Envelopment Tactics” a passive skill that increases the damage of Hannibal and his troops while having different types of units.

His fourth skill “Expedition” also passive of great importance for his performance in open field, this skill increases Hannibal’s troop capacity by 10% which allows us to carry a much more powerful army, however, which makes this skill fearsome is the damage bonus Hannibal gains when fighting outside of his Alliance territory, truly an admirable skill for a true open field fighter, below his most important talents for his role in battle:

With this build we will make Hannibal a strong commander for open field, ready to face any enemy that gets in his way. Hannibal thanks to his skills and talents must use mixed troops at all times, thus in this way he gains many improvements during any battle and will be an extremely difficult commander to defeat. 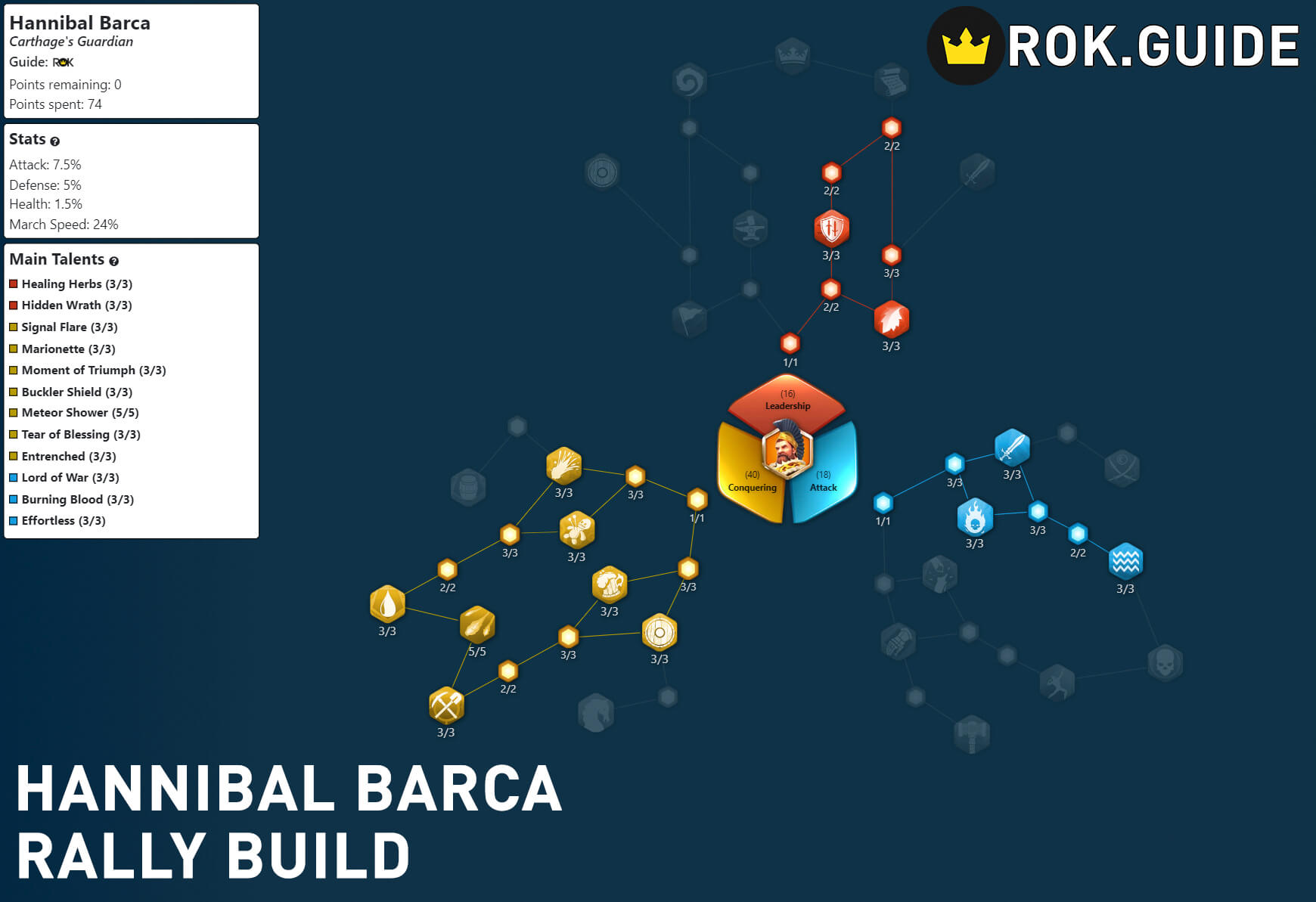 When using this build for Rally we must take into account Hannibal’s troop capacity that will make him an excellent commander for this job, even without having a strong damage skill, the importance of this skill in Rally is impressive, its damage reduction and defense applies equally to any garrison or city that Hannibal attacks.

Hannibal serving as a rally commander, skills like “Expedition” will increase the capacity of each of these attacks by 10%, adding almost one more army to count on in their ranks. Any garrison or city that Hannibal faces will come under heavy siege from “Carthage’s Guardian”.

“Siege” is a skill that will only work in this build as it will allow Hannibal through a healing factor (1000) to heal his troops when attacking enemy cities, a very important skill that combines with talents such as “Healing Herbs”.

Here are the core talents for this build:

This Hannibal build, like the previous one, is focused on mixed troops, it is his specialty as an attacker, having many units of any type. When attacking garrisons, we must take into account our maximum troop capacity, as our damage level will depend on this, reinforcing the rally is essential since talents such as “Moment of Triumph” will be vital in attacks on structures.