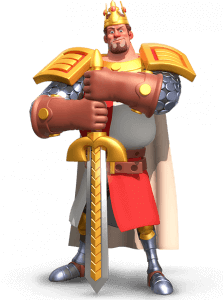 El Cid is available in Tavern and shopping chests for any Kingdom. 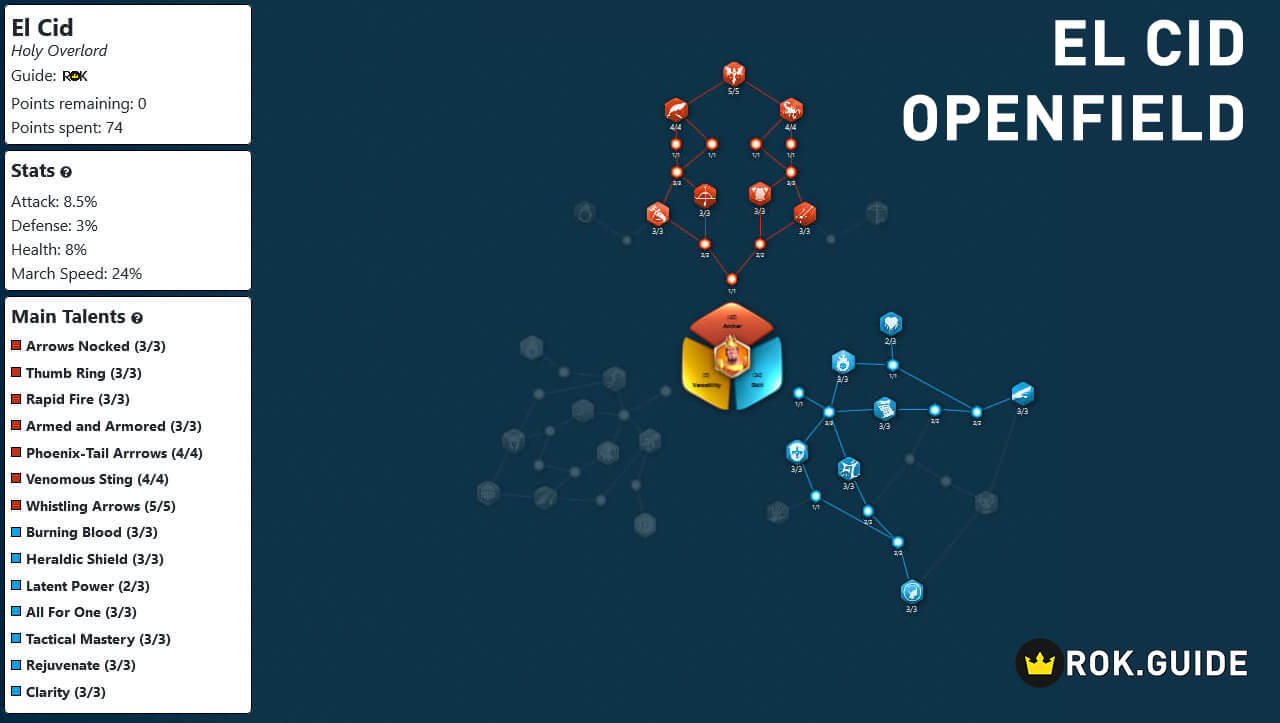 During this guide we will focus solely on the performance of El Cid as a versatile commander in open field, although some governors sometimes use this commander at the beginning of the game for Rally, it is not recommended because he does not have talents or skills indicated for this task.

El Cid as an open field commander has important skills, his active “Famous Warrior” is a unique ability in the game, it causes direct damage to his enemy and in turn disables his attack and active skill for 1 second, even if only slightly. Time is very effective when facing infantry commanders, these who are the weakest against archers. This skill through talents we can reduce it to a minimum of reuse so that each attack regenerates rage quickly and El Cid uses his skill again and again effectively.

“Guardian of Valencia” is a very important passive skill when commanding archers, it increases your defense and march speed in very good for open field. El Cid also has a passive skill “Poem of El Cid” that will give him a chance to inflict additional damage to his enemy, excellent. During open field battles El Cid manages to become a strong commander in long battles, his passive skill “Unyielding” by reducing his troops to 50% increases his attack and march speed, both by 25%. “Out of Control” its ultimate skill is ideal for open field, it increases the defense and attack of the El Cid troops, in turn also directly attack the infantry:

With this build we will have a powerful Cid in open field, his versatility as an archer commander is great, his improvements in talents and skills to this type of unit make them an effective leader.

Next we will have another build for optional open field, almost the same as the previous one, but with some talent change. 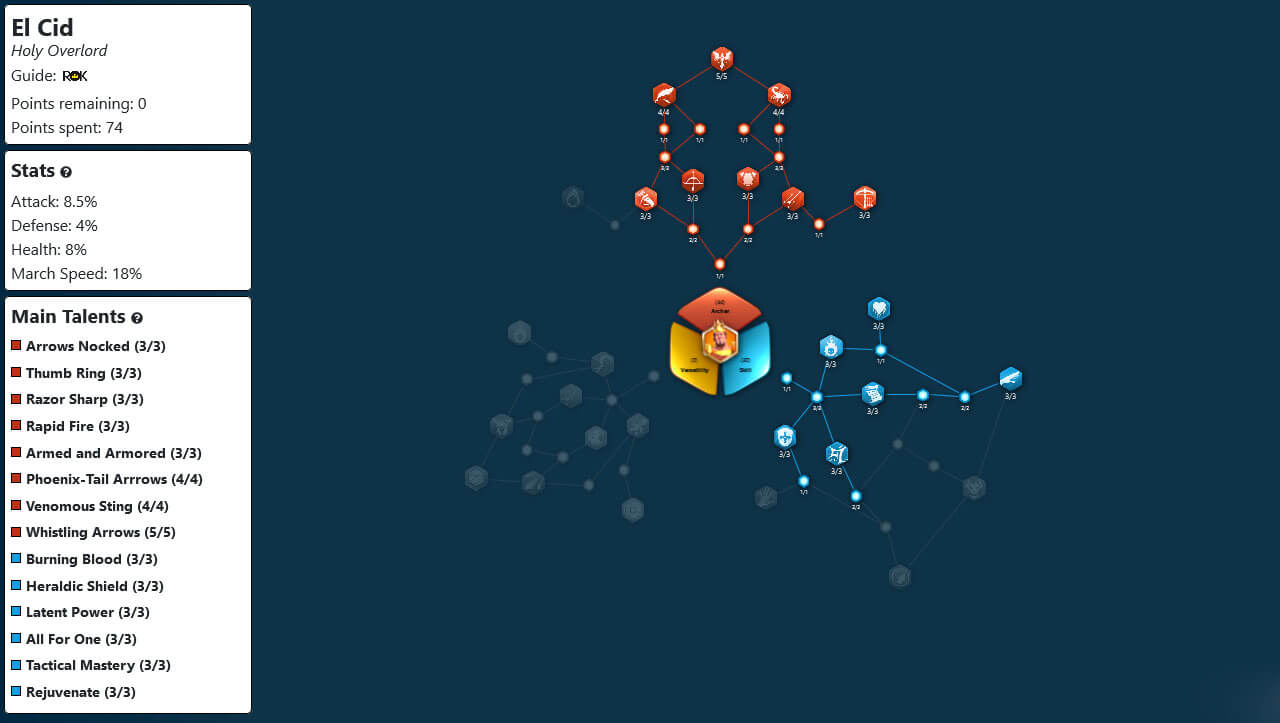