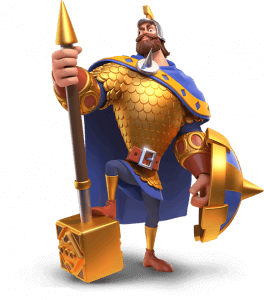 This commander is available in Tavern and shopping chests for any Kingdom. 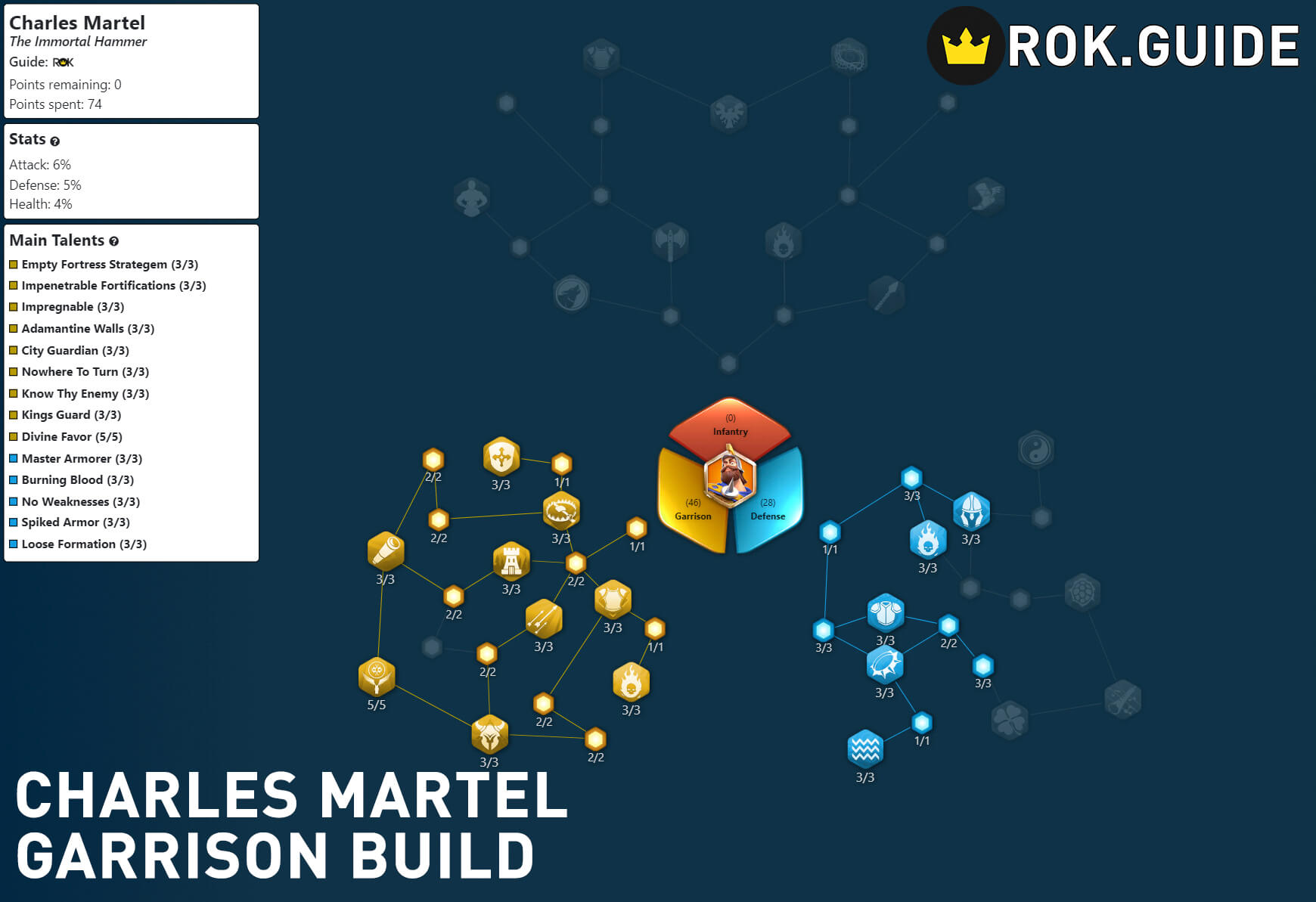 Our city in Rise of Kingdoms will be the main pillar of our development and our civilization, it needs a “Defending Shield” that protects our resources and troops from any enemy. Charles Martel is one of the most important commanders in this task and the bearer of that “Defending Shield”.

When choosing Martel as our Garrison defender, we must bear in mind that his talents are focused solely on this task, it will not be a versatile talent assignment in Open Field or any other type of battle, it will simply be to exceptionally protect any Fortress or City thanks to these and a powerful Passive Skill “The Uncrowned King” that will effectively increase our defenses.

When taking into account these capabilities for our Build, we must know that Martel will only be a defender of Cities, Fortresses and Flags, his skills and talents will make this a respectable commander and difficult to defeat in any of his defensive forms. He is undoubtedly one of the best Garrison commanders in the game and you should know how to take advantage of him in this way. 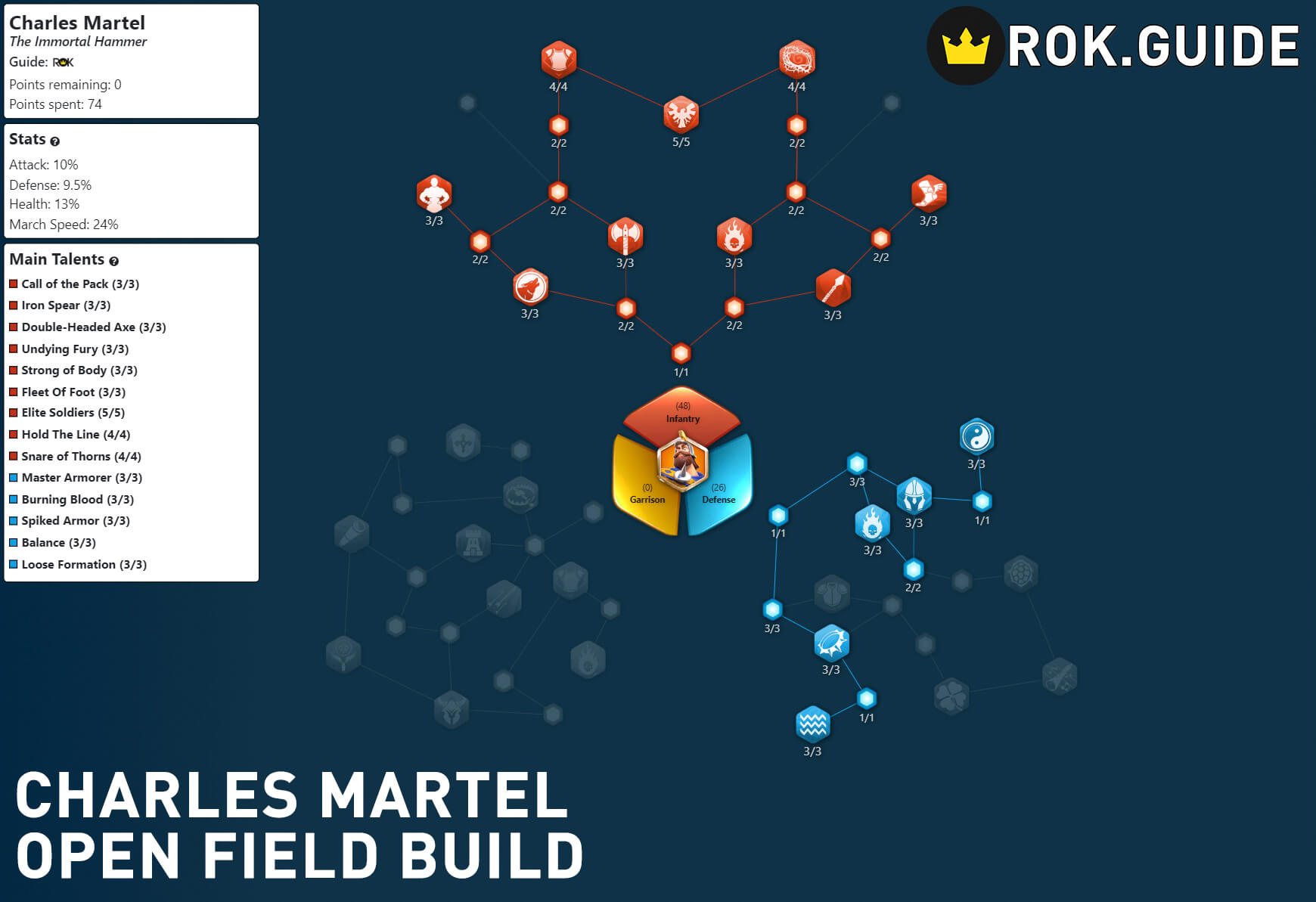 Martel as an infantry commander his talents in Open Field will be oriented to the defense and resistance of his troops making this a Tank army. It has skills that greatly enhance the attack of our Infantry such as its active skill “Shield of France” which absorbs a certain amount of damage and in turn improves the attack of our units.

“Heavy Infantry” is a passive skill that will make Martel a very resistant commander to any type of damage thanks to the gains of important statistics such as Defense and Health and his Ultimate skill “Rise from the Ashes” will make him a fearsome commander, any battle we face in Open Field, do not fear, Martel’s shield will defend us.

Open Field will be one of our most frequent scenarios in Rise of Kingdoms, if we decide to play with Infantry Civilizations it is highly recommended to use Martel as a primary as well as secondary commander. His performance on the battlefield is magnificent and we will have some of the best infantry commanders in the game.