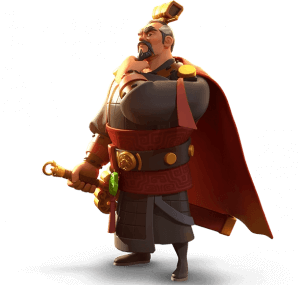 Cao Cao is available in Tavern and shopping chests for any Kingdom. 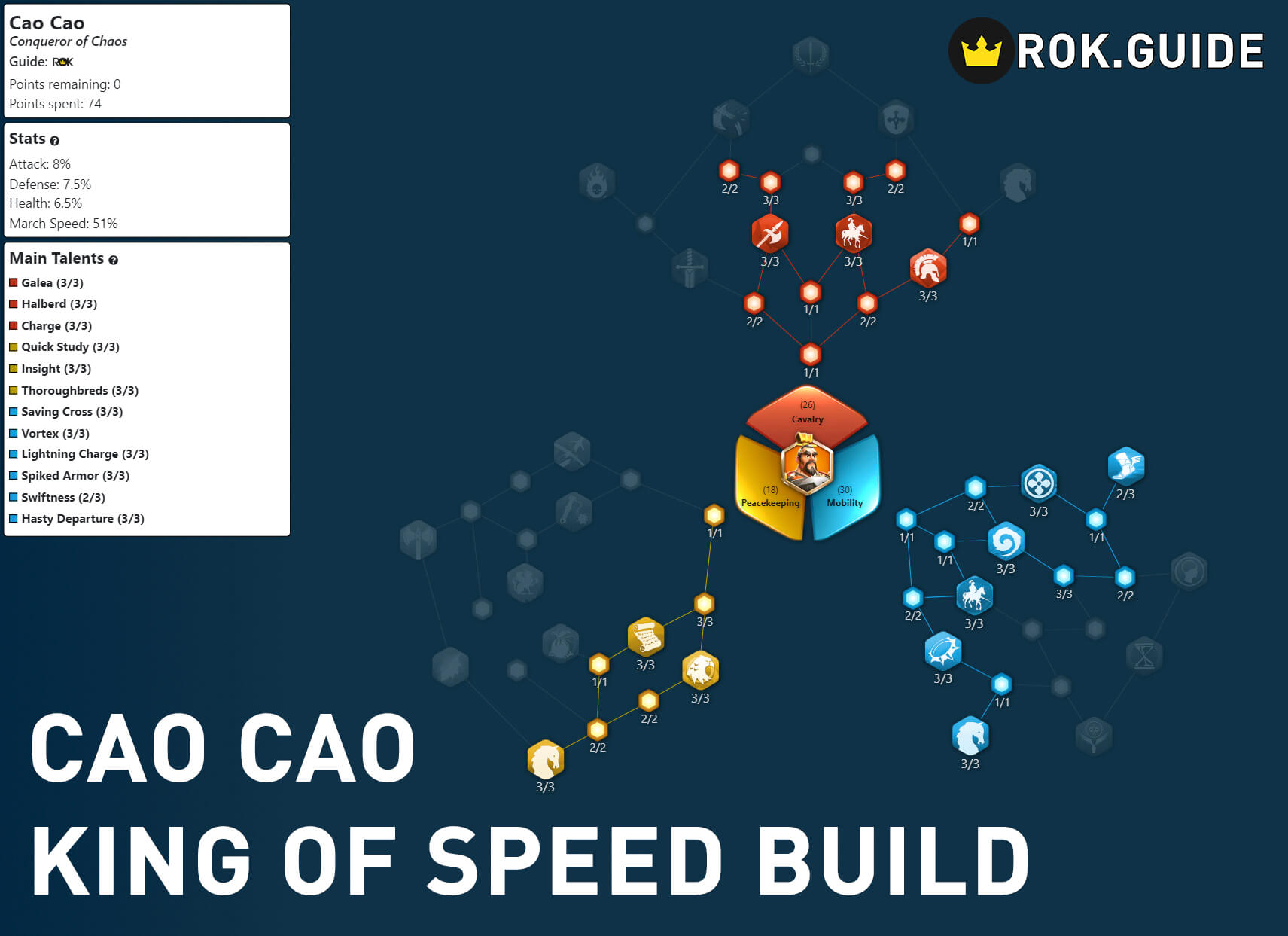 Cao Cao has some magnificent talents of March Speed, talents that make him the fastest commander in the game as we have said, however, these talents are also accompanied by exquisite skills that will make him even more powerful.

“Tiger Knight”, a passive skill of the best to lead cavalry, Cavalry March Speed Bonus 10%, Cavalry Attack Bonus 30%, this skill at its maximum power will be essential for our Build of “King of Speed”.

Although our talents in this Build are focused on March Speed, Cao Cao at no point in the fight will stop being effective in terms of damage and skill, on the contrary, it will be much more variable and agile while maintaining a high level of DPS:

Using this Build for Cao Cao we will realize that there are many other small talents that will increase our march speed, as well as we will have talents that will favor our stability on the battlefield. This will not be the way to cause the highest DPS if it is what we are looking for, but we will have an enviable versatility, we will be a chaos for our enemies. 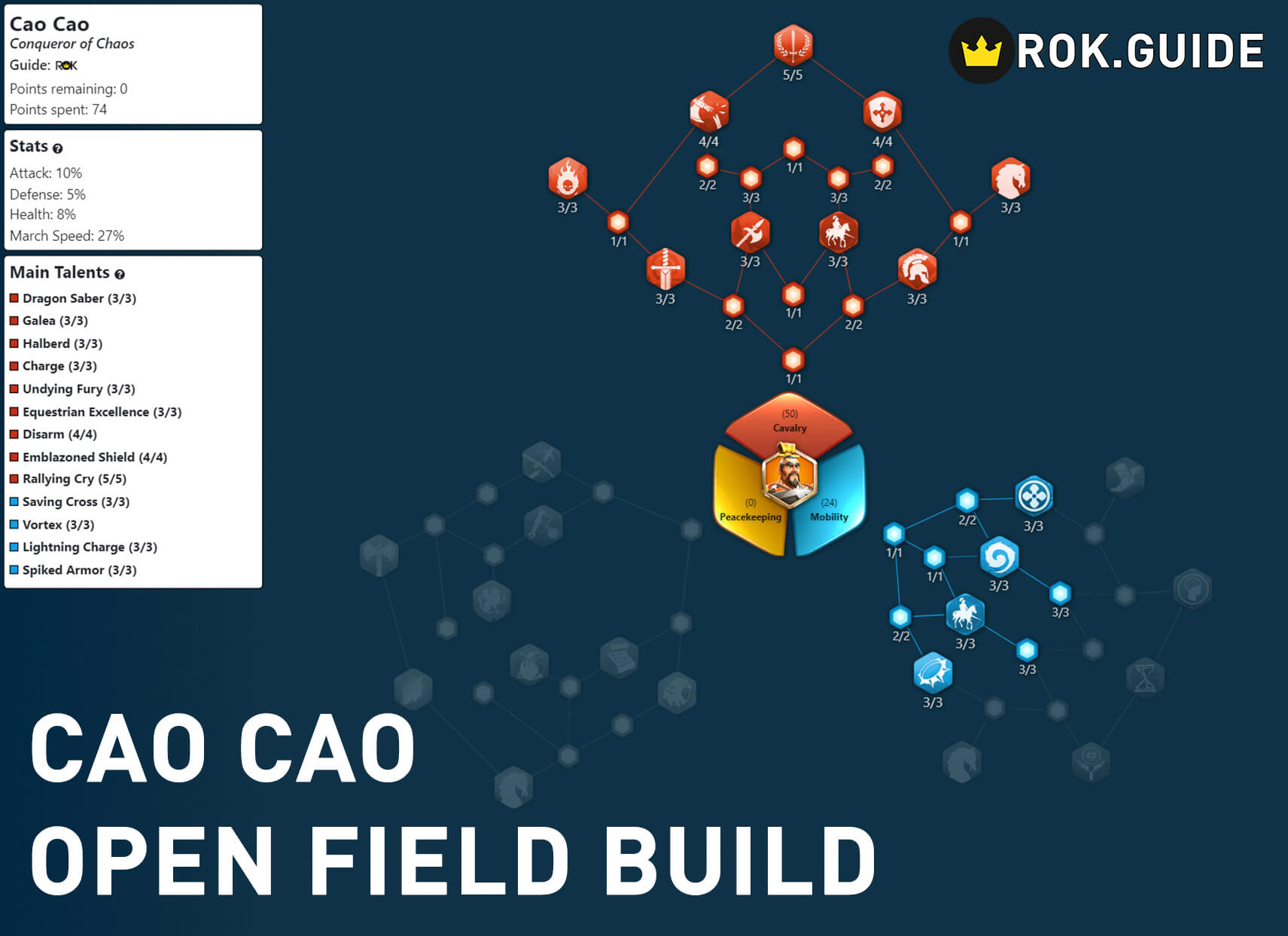 As primary commander Cao Cao will be very good in “Open Field”, he has a direct attack skill that causes a lot of damage to any enemy “Dragon Rider” we will even have another passive skill that will restore a percentage of our troops “Lofty Ambition” and restore much faster our Rage to use our active once more.

His ultimate skill “Emperor Wu of Wei” is amazing! If we really want to have a Cao Cao in a demonic, we must bet on unlocking this skill as quickly as possible, its bonus to cavalry makes it a destructive machine.

Cao Cao benefits from his Cavalry Talents with this build to increase his damage capacity and resistance on the battlefield, we lose some mobility, but we gain other statistics that will be more useful against any enemy we face. Both your talents and skills to the fullest will be important to get the most out of you in Rise of Kingdoms.