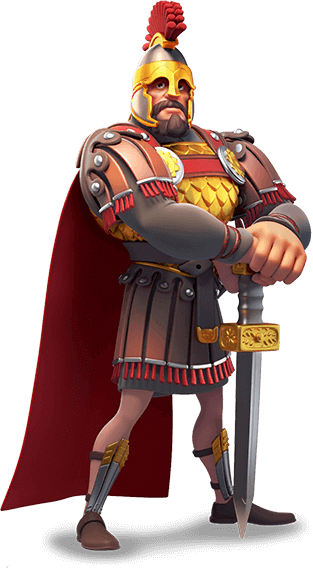 Byzantium | Last of the Romans

Belisarius is considered one of the fastest and most versatile Epic commanders, specializing in leading cavalry.

He is a great Epic commander that every player should have on their commander list as a great option for Open-field.

His active skill “Deception” is incredible thanks to the great debuff of Attack and Defense reduction that deals his target in addition to dealing considerable damage.

“Irresistible” is a great PVE skill that increases damage vs. neutral units by 35%.

“Bucellarii” is a passive skill that makes him a very defensive commander to lead cavalry as it provides a strong percentage of Defense, as well as quick to escape from any situation (this skill is improved by “Expertise“).

Belisarius is one of the fastest commanders of Rise of Kingdoms, this build is excellent to hunt down many enemies trying to escape from us.

You can also use it as F2P players hunting enemy resource points to weaken their troops and resources. This is a mode fun game that many F2P players flock to increase their stats.

This build is focused on march speed that Belisarius can reach in any situation. 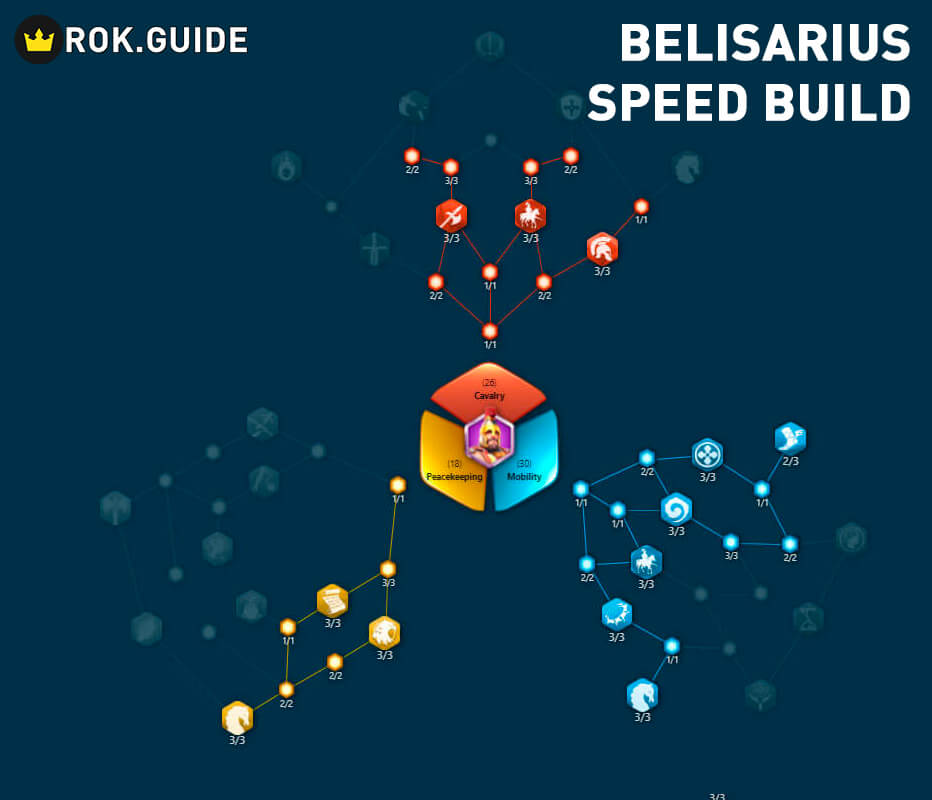 The below alternative attack build is considered effective only for Open-field and not against all types of commanders.

We must be smart and effective in attacks, here we lose some talents of march speed to increase others of Attack and Defense, Belisarius will be much more offensive-defensive, but you will lose your main speed skills. 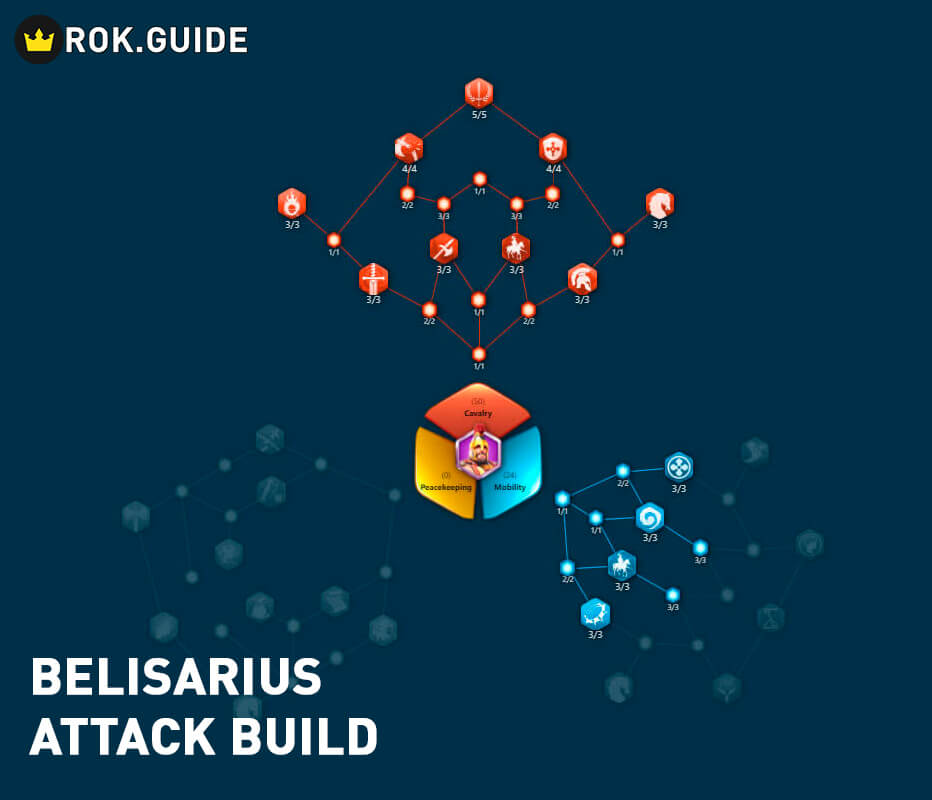 As a commander specialized in PVE, also thanks to his talent tree and skills, we apply this build effectively to defeat barbarians, neutral units on the map, as well as to farm barbarian forts, thanks to its increased damage to neutral units and its strong resistance, Belisarius is a great commander for this homework. 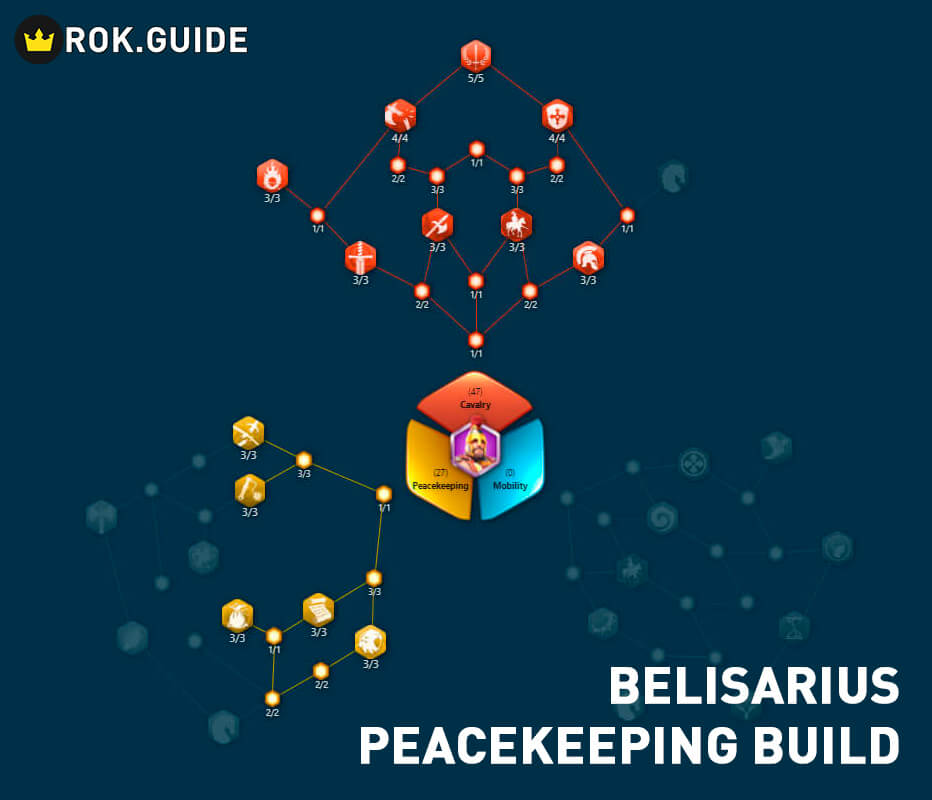