Other | The Georgian Will

Queen Tamar of Georgia ruled as the first female leader in Georgia’s history from 1180-1213, and was notably assigned the title of “mepe” in medieval Georgian sources, which emphasized her right to reign.

Tamar Initially ruled alongside her father, George III, but ascended to the position of sole monarch upon his death in 1184. Tamar immediately ran into difficulties thereafter due to the unpopular nature of many of her late father’s policies towards the aristocracy and doubts about her capacity to rule as a woman leader, particularly among the aristocracy.

Tamar took fast and effective actions to shore up her power base, including the relaunching of an expansionary brand of foreign diplomacy that significantly popularized her rule. Tamar notably helped to found the Empire of Trebizond on the Black Sea coast in 1204 to provide Georgia with a new, nearby and more friendly nation.

Tamar presided over the apex of the Georgian Golden Age and her reign was marked by plenty of political and military successes which, combined with her identity as the first female ruler of her country, has served to immortalize and romanticize her as a leading figure of her time and Georgian history.

Tamar is the 10th Gathering commander to come to Rise of Kingdoms specializing in wood, a great commander for F2P players and farm accounts.

Her skill activates her “Ode to Freedom” (this Skill is improved “Expertise“), increases defense, and heals a part of wounded units, even by helping this skill to her close allies. As a great commander for “Gathering”, “Age of Plenty” is her skill specialized in this work, she increases the gathering speed of wood by 25% and the rest of Food and Stone by 20%. “Tadzreuli Strike”, a powerful passive skill that increases the attack of Tamar’s troops while reducing that of her enemy by probability. Her last passive skill “One Heart, One Mind” increases her troops capacity by 10%.

Tamar is a “Gathering” commander. You can obtain her fundamental gathering talents by reaching level 37 where she can reach maximum skill. The other available talents are optional. 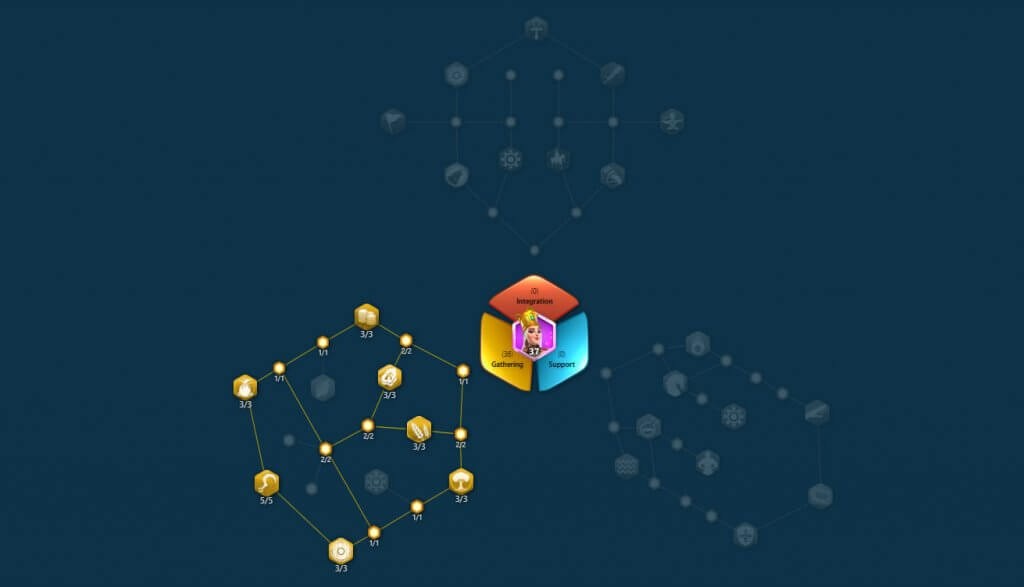