Rarity: Legendary
Other | The Hero of Neva River

Bertrand du Guesclin is exclusively available for kingdoms in Season of Conquest via Wheel of Fortune event.

Alexander Nevsky was a 13th-century Russian political and military leader and strategist. He not only defended his people from the German and Swedish invaders, but also, with the help of skillful diplomacy, saved the independence of Russia from the Golden Horde.

The first major victory of Alexander over the enemies of Russia took place in 1240, when Russian troops defeated the Swedish expedition on the banks of the Neva, and brought recognition and political weight to Alexander. It was thanks to this success that he later received the nickname “Nevsky”.

The following year, Alexander had to fight off a new blow – the knights of the Teutonic Order invaded Russia. He defeated them at the head of the Novgorod army on the ice of Lake Peipus, and this glorious victory went down in history as the “Battle on the Ice”. She put an end to the plans of the Teutons to continue moving to the East and showed that Russia had become a serious military force.

The next task before Alexander was set by the Mongol Empire – the “unstoppable” Golden Horde. Here he acted as a skilled diplomat and peacemaker, maintaining Slavic unity despite the pressure of the Mongols and the proposals of the Pope Innocent IV for an alliance. Alas, his death turned out to be fatal for the union of Russian principalities, which soon broke up into smaller specific principalities. Alexander is revered as a great commander and zealot of the Orthodox faith. In 1547, he was canonized by the Russian Orthodox Church under Metropolitan Macarius, and later the leaders of the state turned to his history more than once – for example, Stalin called him a “people’s hero”.

Alexander Nevsky arrives at Rise of Kingdoms as part of the new generation of specialized cavalry commanders, a fearsome commander, focused on DPS/Open-field, great skills and talents, without a doubt one of the strongest.

“Hero of Peipus” skill active with IMPRESSIVE damage as well as lowering the enemy’s defense (Per stack). “Expeditionary” a passive skill specialized in leading cavalry units, increases attack, march speed of this type of unit, increases health when outside the Alliance’s territory. “Guard of the Republic” another excellent skill for cavalry, increases the defense of this type of unit by 20% in addition to the damage Nevsky causes to his enemies and reduces the damage he receives from them.

When this commander’s troops consist only of cavalry units, Nevsky increases 25% damage skill thanks to “Knight of Iron” also after using the active skill increases 35% more of this type of damage, Insane! “Winter Storm” powerful expertise, both defensive and offensive. 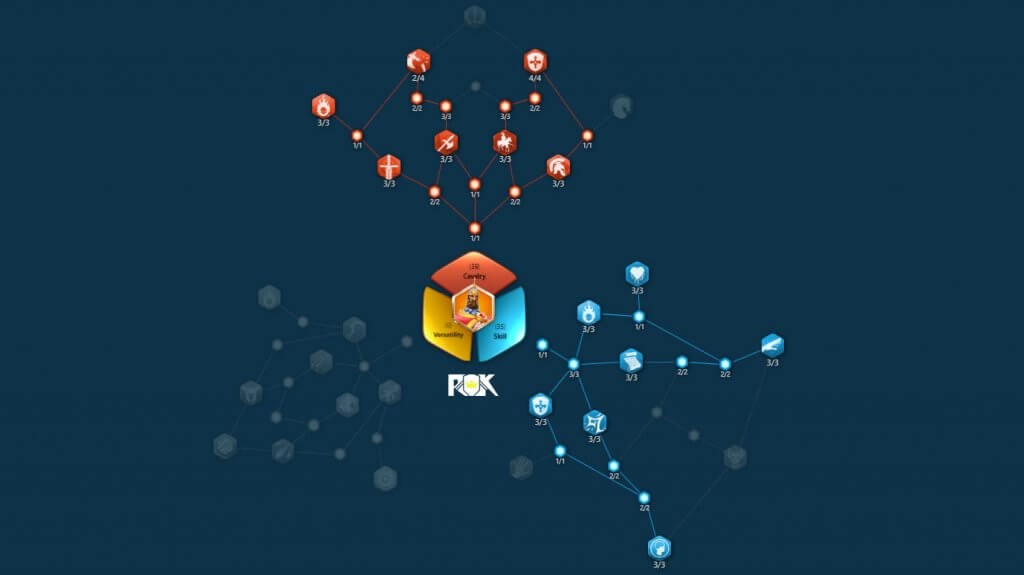 Nevsky is absolutely the most powerful cavalry commander in Rise of Kingdoms to date, his skills and talents are extraordinary for PVP, although he is not a conqueror by talent, we can use him as a secondary to attack Garrison or Cities, as a primary he will also be effective if we match him with a pathfinder by specialty.

We will only use this build that we can modify with 2 or 3 extra talents depending on the mechanics we focus on, however, being a totally offensive commander thanks to his active Skill, his talents must be developed for Most Skill, damage increase, regeneration rage and skill effectiveness when attacking.

* The recommended equipment refers to the minimum that we should use for each commander and type of player, both F2P and P2W.