Complete guide to Bjorn Ironside in Rise of Kingdoms. Let’s take an in-depth quick look at his skills, talent trees, and the other tips for making the most of her!

Note: Ragnar Lodbrok is available via the Tavern, Expedition Store, and Events.

Bjorn is a leading epic commander of the Viking Civilization in Rise of Kingdoms specializing in leading Infantry. Players can obtain him in multiple ways 100% free.

As a leader specialized in leading infantry, Bjorn has some great buffs to this type of troops, thanks to skills and talents!

“Viking Lord” is an excellent skill for his specialty. “Fearless Fighter” is his active skill that deals good damage in addition to increasing this same skill damage that he inflicts on his enemy for 3s with 10% effective probability.

Bjorn is a commander specialized in conquest while having the “Longboat Marauder” increasing the damage when attacking cities by 15%, excellent, even higher damage than some Legendary commanders!

Deals direct damage to the target (Damage Factor 200), increasing their skill damage taken by 2% for 3 seconds.

Normal attacks have a 10% chance to deal direct damage to the target (Damage Factor 300). This skill can trigger once every 5 seconds.

Deals direct damage to the target (Damage Factor 200), causing the target and up to 2 nearby enemies in a forward-facing fan-shaped area to take 15% increased skill damage for 3 seconds. 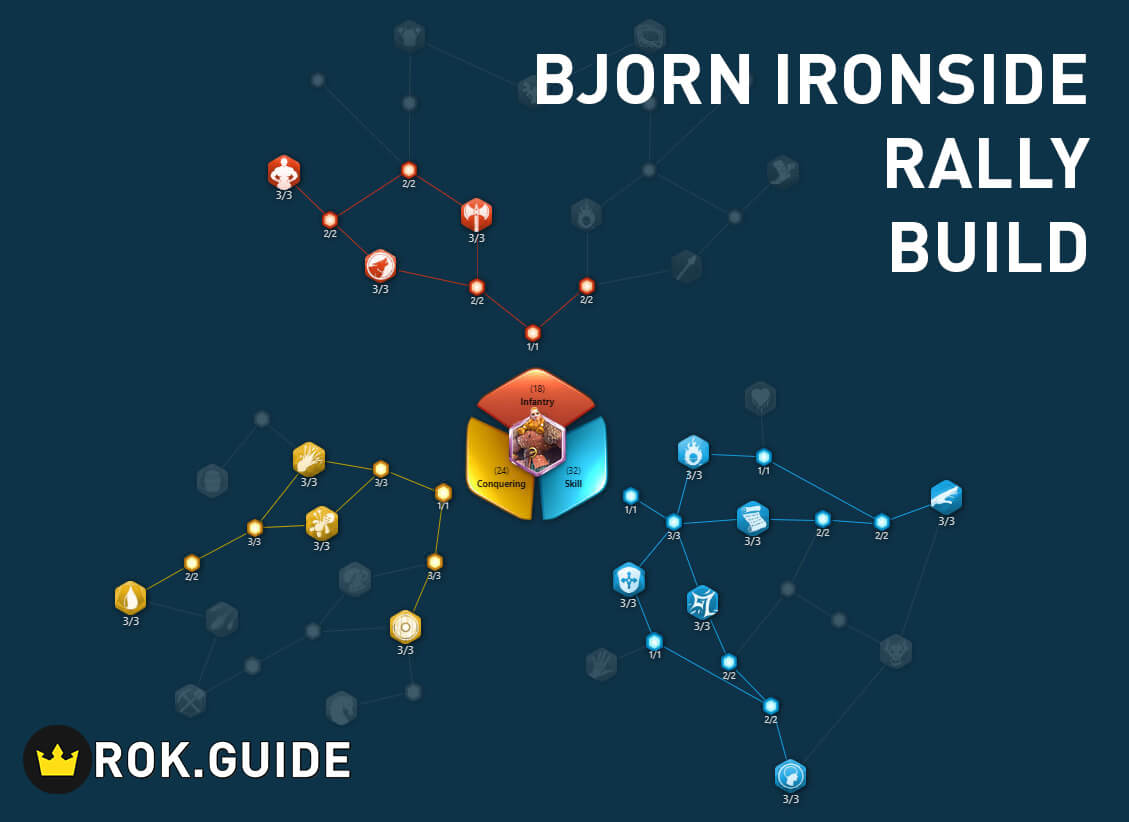 If we want to use Bjorn as a primary commander to lead Rally, he is a good option at the beginning of the game both for his civilization and for the buff of his skills and talents!

However, as already said, as the game progresses, they will be more powerful commanders who are much more effective than Bjorn, eventually making him a secondary commander. 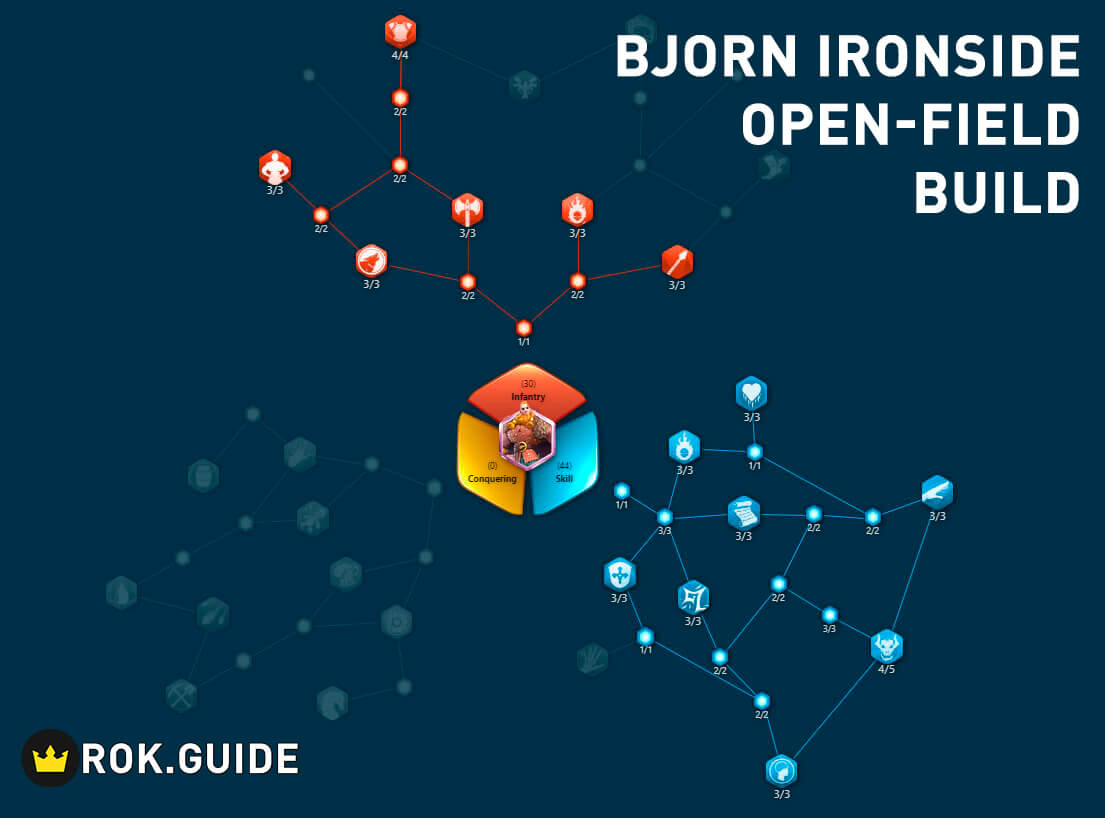 As a commander specialized in Infantry, Bjorn is very good for open-field thanks to his strong talents and skills!

Being an epic commander, he is highly recommended for F2P players who wish to have a good infantry march, Bjorn ensures a lot of effectiveness of your troops in open-field combat.

When using Bjorn as the primary commander for Open-field, you must always keep in mind that he is an Epic commander and may be forced to back down against commanders much more powerful in rarity, however, he is still a good commander for F2P players and is can say that one of the best in terms of Civilization and Epic Infantry.

Bjorn is an Epic commander, so the recommended Pairings are based on your available commanders. If you are a F2P player, these can be a very effective main march.

Being an Epic commander, it is advisable to use “Elite” level equipment! They are a great option for this commander.