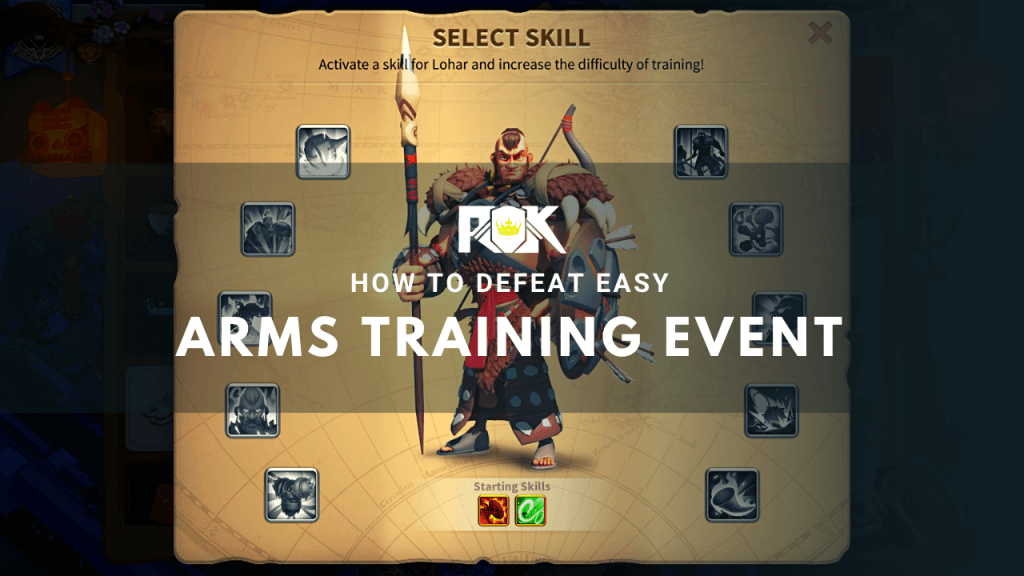 What is the Arms Training Event?

During the Arms Training Event, players need to keep defeating the Armsmaster Lohar summoned nearby the city without returning home, and you can only use a single march.

To summon the boss Armsmaster Lohar, we must select a first skill of from a given set.

Each time we defeat him, we will earn 10,000 more points. Every 3 times, we defeat him, he will become much stronger as we have to select another skill for him and so on.

Armasmaster Lohar has organized a session of Arms Training. Use this opportunity to gain valuable battle experience!

How to defeat Armsmaster Lohar in Arms Training Event.

By having 10 passive skills, plus two starting skills, Lohar will not be an easy target here if we want to achieve the maximum rewards.

Here are some of the most effective tips and tricks to defeat Lohar in this event. 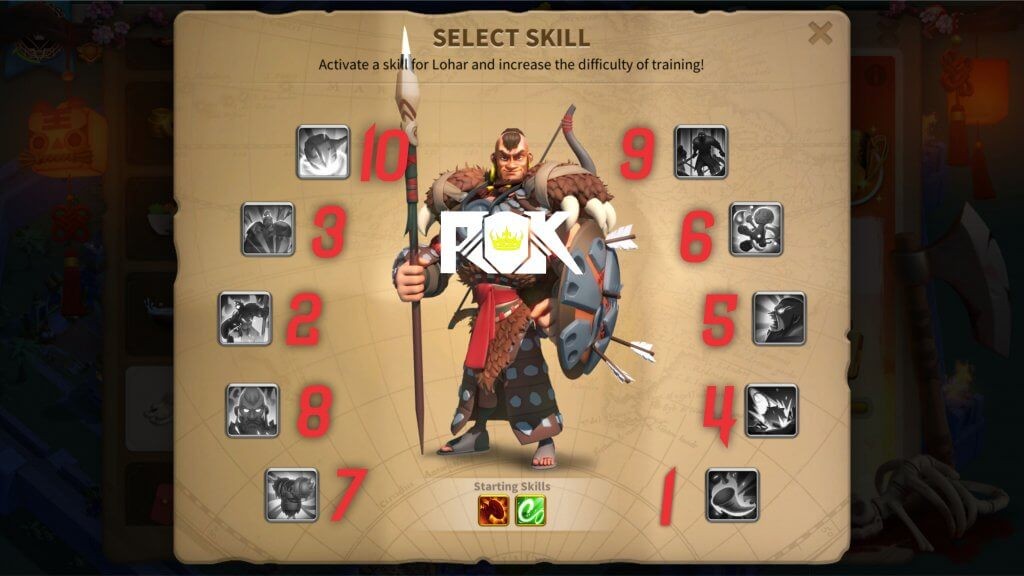 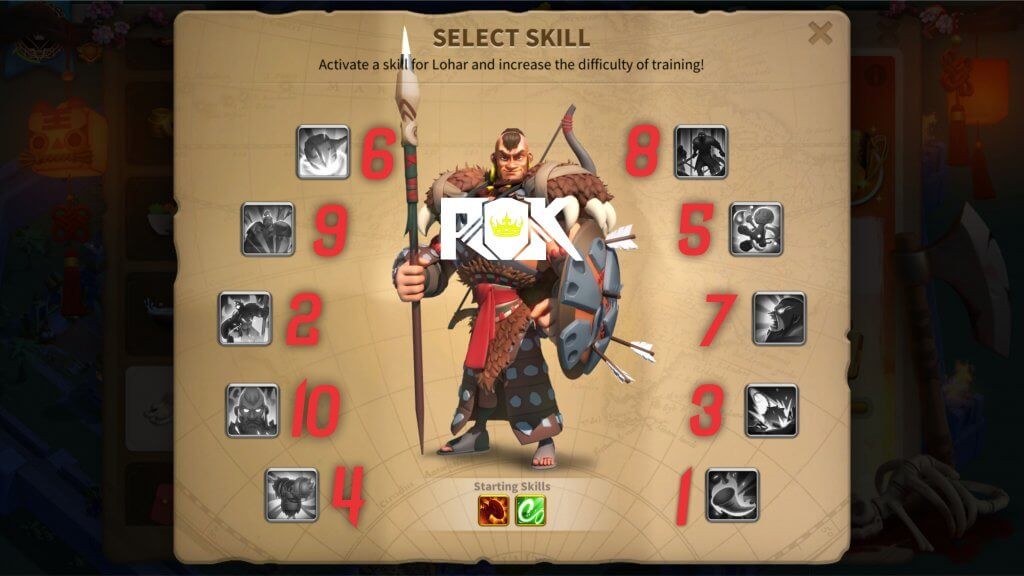 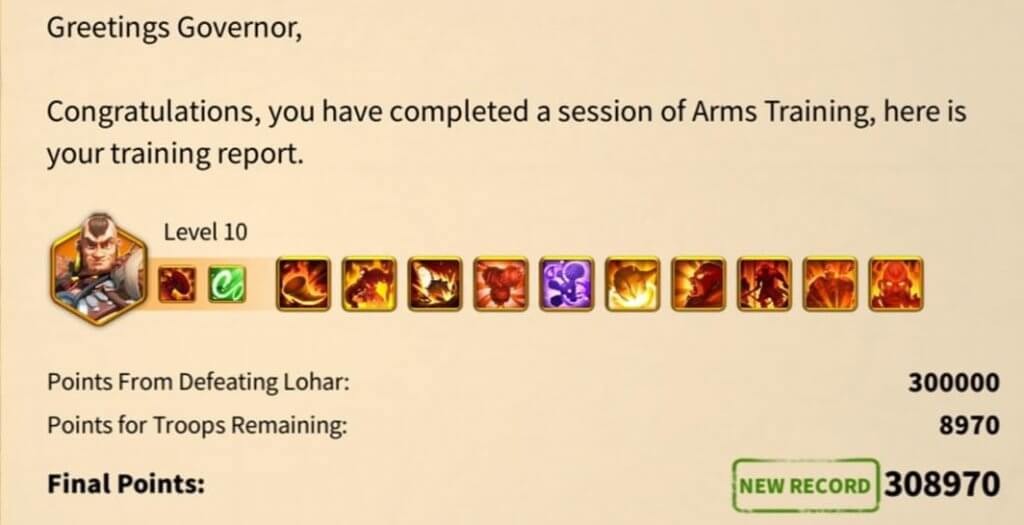 Cavalry, Archer and Infantry in any of their combinations are excellent to overcome each of the levels.

This is not an easy event for F2P players who have just started in Rise of Kingdoms. If your goal is to aspire to the top positions in the ranking, at least you must have a pair of Legendary commanders of this type, heavily equipped and with T5 units.