Looking for Rise of Kingdoms Ark of Osiris information? This guide contains everything you should know about it, from basic rules, buildings, skills, and rewards.

Let’s see what makes it the best game mode in Rise of Kingdoms! 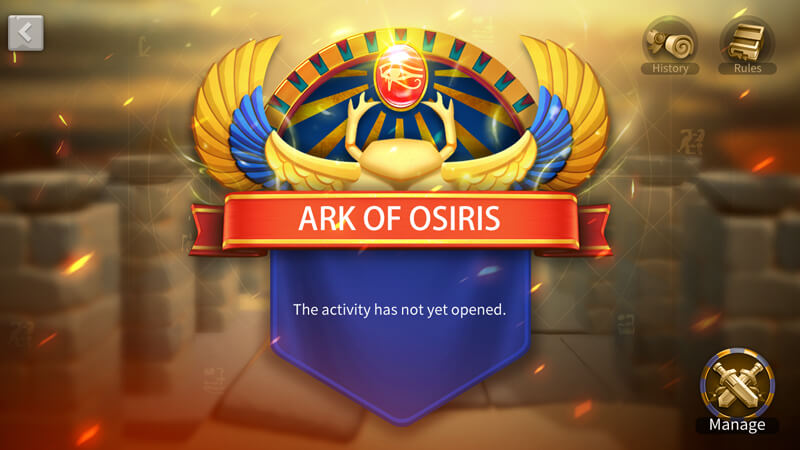 Osiris is a battleground when 2 Alliances get matched randomly. Each alliance has to pick 30 players to fight against the others.

During the battle, players must attack the enemies to obtain and hold structures to gain points. The team that has the higher points, in the end, wins the battle.

Do troops get killed in AOO?

No, but it does cost speedups. However, if you have enough troops to use, you don’t even have to heal them. And this doesn’t affect your troops in the normal map as AOO is a standalone game mode.

How often does AOO open?

If you join rallies, you can earn points much faster than doing individual activities on the battlefields. You can also earn a lot of points by just farming.

If you have a lot of strong marches, having 5 marches fighting at once could earn you a lot of points. However, this mode is highly depended on strategies, don’t focus too much on getting your individual points.

Can we teleport in AOO?

Any bad teleport could lead to a loss so you must be very careful!

If I don’t participate in the AOO, will I still receive the rewards?

Yes, but if you join the battle, you will receive a lot more rewards. Also, Osiris is super fun and all players must try it to see how interesting the game is!

Which are the best skills?

There aren’t any best skills as it all depends on the strategies of your Alliance. The most popular skills are To The Death, Hurl Stone, Mystical Formation, War Drums, Swift Stride, and Running Charge.

What is the best strategy for Ark of Osiris?

There are a lot of strategies and each team has their own playstyles. Many of them are super effective and depending on the situation, you must choose the suitable one for your Alliance. More details can be read at the Best Ark of Osiris Strategies guide!

Tip: Play Rise of Kingdoms on PC helps you manage the situations and win the battles a lot easier!

Quick Strategy for Ark of Osiris

So this is the strategy we’ve been using in k1280 for a while in Arks. It’s a step-by-step aggressive strategy that helps us crushing non-organized alliances in a few minutes.

This strategy demands really good coordination and communication organization. Our first try was quite chaotic, but with time and perseverance, we manage to make it our own. We won the last few Arks of Osiris pretty easily. 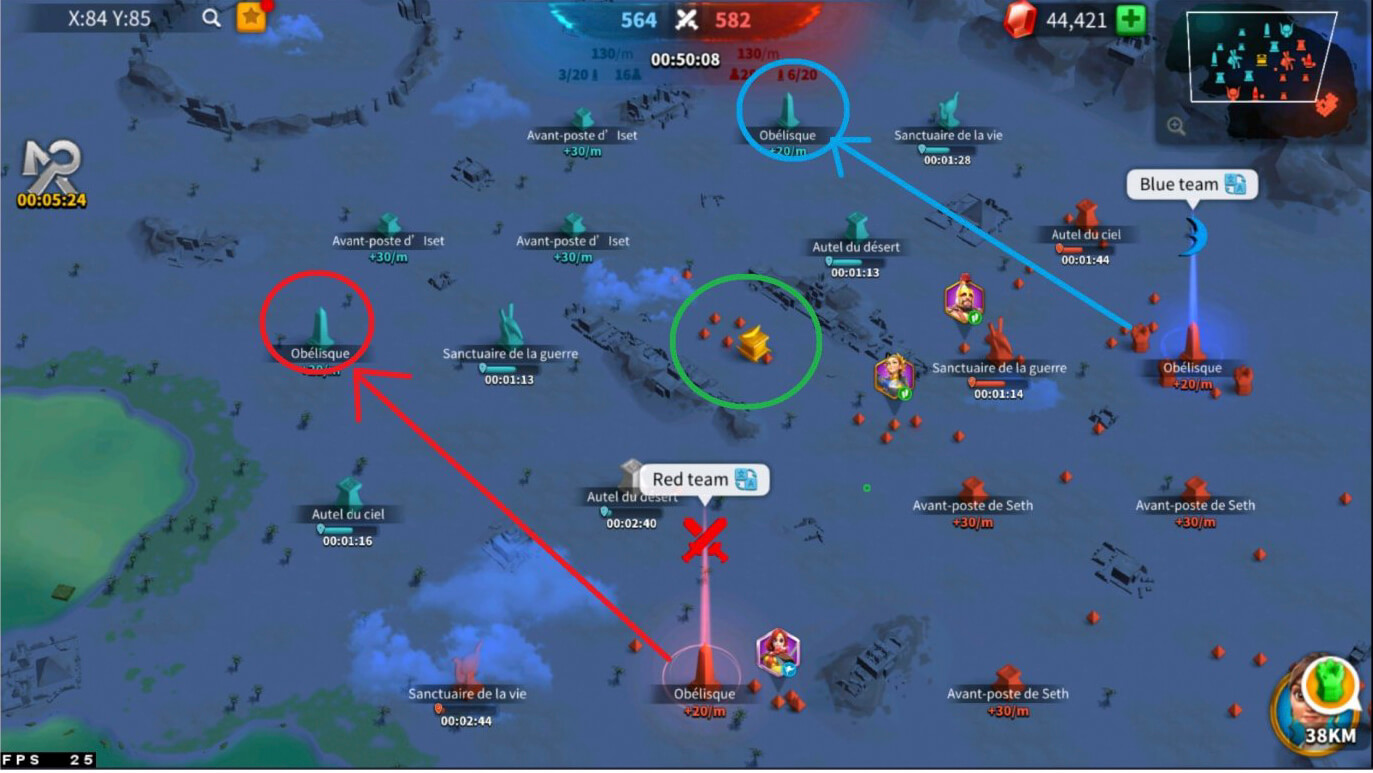 The battle is separated into 3 sides :

Don’t forget to gather resources on the map (give points), gather multiples points before coming back to base if you are far. 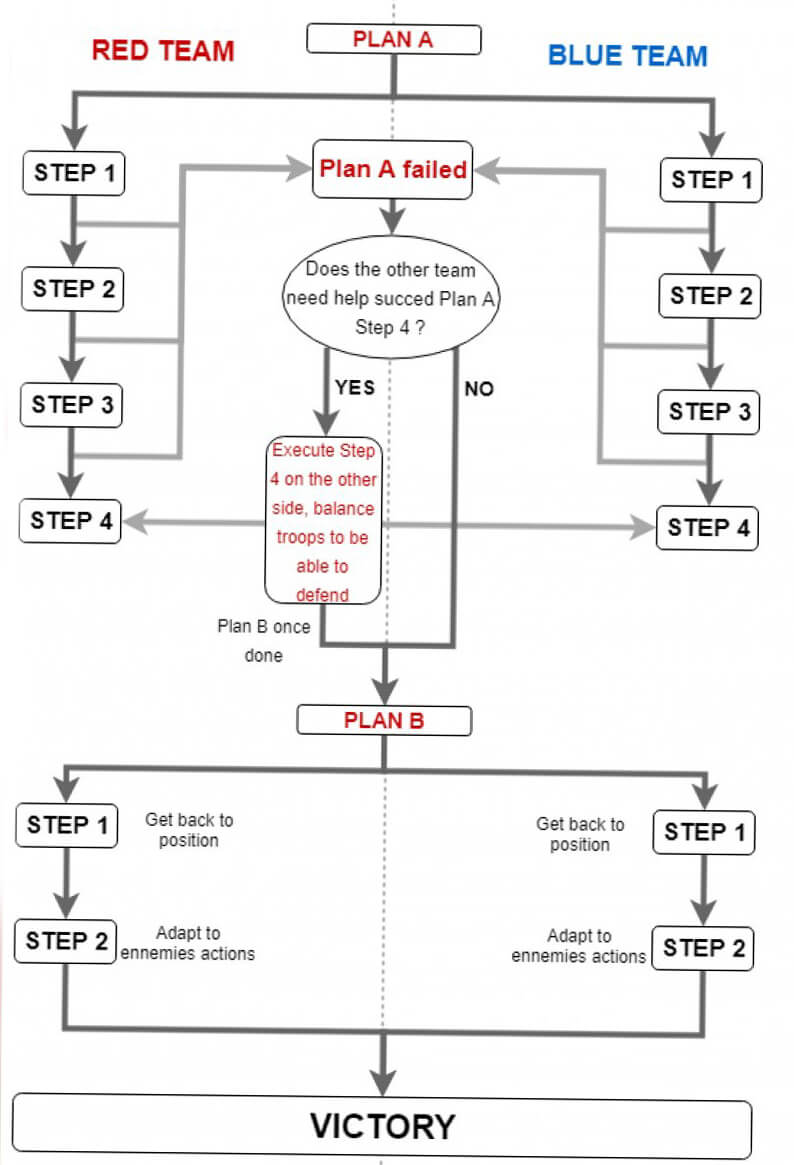 Plan A: Double All in

Plan B: When Plan A Fails

If Plan A has been canceled before STEP 4 Started (ie: teleports are still available):  There are multiples choices possible according to enemy moves.

Check out our Ark of Osiris for beginners if you are new to the game!

The story begins with the murder of the Lord of Silence, Osiris, at the hands of his covetous brother, Seth. To ensure that Osiris would never return, Seth sealed his body in a coffin and threw it into the Nile. Iset, the wife of Osiris, transformed herself into a bird and flew across Egypt, searching desperately for her husband’s body. After much hardship, Iset found what she was seeking. She constructed a temple in which she placed the Ark of Osiris, and began preparing the reincarnation ritual that would restore him to life. Overcome with fury, Seth assembled a mighty army to seize the Ark and put an end to Iset’s plan.

Governors will become followers of Seth, fighting to uphold his dominion over the land, or followers of Iset, aiding her in her quest to resurrect the Lord of Silence.

The choices you make and the power you bring to these battlegrounds will decide the fate of these ancient gods and their eternal kingdom.

The matchmaking system will pair Alliances of comparable strength.

Once paired, alliances will enter a new map to participate in the battle.

Alliance points and individual points are awarded for the first occupation and continuous occupation of structures on the map. (To be considered “occupied”, a structure must be captured and held for a period of time. Occupied structures will change to the color of the occupying alliance.) A massive amount of points are awarded for successfully escorting the Ark of Osiris to its correct destination.

The battle will rage until the countdown timer reaches zero, then the alliance with the most points will be declared the winner.

Prizes will be automatically awarded according to the result of the battle and individual score.

Cannot teleport, occupy structures, or dispatch troops, but alliance markers can be placed.

Governors will be automatically sent to the results page. The alliance with the most points will be declared the winner.

Before the start of registration, alliances must have more than 10 alliance flags and must be ranked among the Top 20 alliances in the kingdom in terms of alliance power.

Governors must have joined the alliance and upgraded their city hall to Level 16 or higher before their alliance registers for the event. Governors who do not meet these requirements will be ineligible to be chosen as combatants.

Battle mechanics in the Ark of Osiris battlegrounds are generally identical to those when battling in kingdoms.

Unrestricted troop movement is available for all combatants within the battlegrounds.

Capture structures on the battlefield to receive alliance points and individual points. Certain structures (Shrines of War/Shrines of Life) can also provide your alliance with beneficial effects.

Successfully escorting the Ark of Osiris to any structure not occupied by enemy forces will award a massive amount of points. The number of points awarded for a successful escort will increase each time the Ark of Osiris reappears.

Troops will not be killed during Ark of Osiris battles, but will be injured and sent to the hospital. In the battlegrounds, hospital capacity is unlimited and healing troops does not expend resources. All injured units in the hospital will recover immediately upon leaving the battlegrounds.

War camps defeated by a siege will burn very rapidly. If the fire is not extinguished in time, your city may be sent back to the safe area.

Buffs from kingdom titles, holy sites, kingdom buffs, and runes will not take effect within the battlegrounds.

Certain game functions will be restricted while the Ark of Osiris battle is underway:

All members of the winning alliance will receive the following rewards:

All members of the defeated alliance will receive the following rewards:

All registered participants from the winning alliance will receive the following rewards:

All registered participants from the defeated alliance will receive the following rewards:

Members of the winning alliance will receive the following additional rewards based on their individual scores:

Members of the defeated alliance will receive the following additional rewards based on their individual scores: